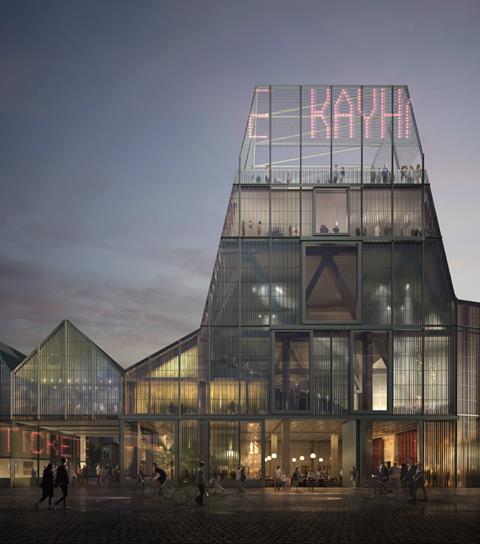 Sergison Bates has won a €60m competitition to create a new performing arts quarter in Belgium.

Sergison Bates – and its partners, Antwerp-based Studio ELD and theatre and acoustic designers Charcoalblue – were chosen from a shortlist of five featuring Mecanoo, Henning Larsen, Copenhagen’s Cobe and Mexico’s Productora.

The project will involve creating a performing arts centre in central Leuven, on the 7ha site of a former hospital. It is part of the city’s bid to be European Capital of Culture in 2030.

The winning scheme aimed to build on the character of spaces between the buildings and extend the existing pattern of courtyards to form a network of interlinked spaces, said Mark Tuff, partner of Sergison Bates architects. 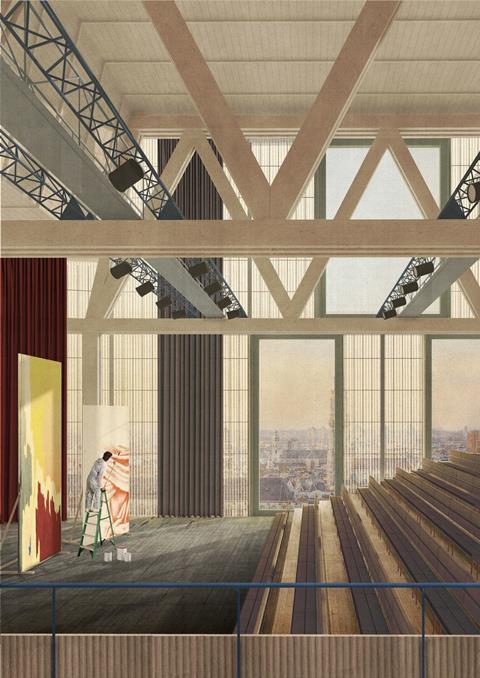 “These spaces have their own character and atmosphere, but will be linked by a consistent ground surface of stone pavers that extends into the theatre spaces, dissolving the thresholds between the public realm and the performance spaces,” he said.

Tuff added: “Since the first stage of the competition, we have been working together to find unique answers to the unique challenges of this project, exploring the boundaries of innovation and flexibility between performance and architecture. It’s been an exhilarating journey so far, and we look forward to the next stage.”

The city council is set to approve the proposal at the end of April, with the venue due to open between 2025 and 2027.

A council statement said: “One of the great strengths of Sergison Bates’ design vision is that the new building is very nicely embedded in its unique historical context. The Romanesque Gate, the old Sint-Pietersgasthuis and the Predikherenkerk are an integral part of the project and the site.

“A new cultural icon in the lower city also acts as a catalyst for the neighbourhood and for the central shopping area, seamlessly connecting to them. In this way, it forms the cornerstone of this ambitious urban renewal project.” 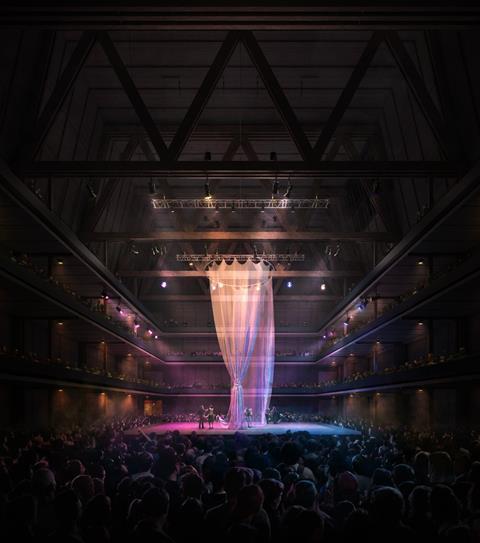 The facades of the new buildings extend the street in a dialogue between familiar forms. A delicately structured glass skin unfolds across the facade, hinting at what is happening behind, inviting visitors’ eyes in before they physically enter the space. The large roof structure, covered in a tight, richly textured metal skin acts as a landmark – a point of orientation that announces the cultural venue. Large roof windows reveal the internal structure and allow high-level daylight into the interior, giving a unique character to the performance space.

We re-imagined the traditional arrangement of theatre venues in a more open, varied, adaptable way of organizing spaces in a non-hierarchical, non-directional way. We propose spaces with audacious personalities – the Live Room, the Jardin d’Hiver, the Great Hall, the Yard – spaces directors can take inspiration from, or fight against.

The rooftop, the largest space on the site, is directly connected to the heart of the building by the two cores which organise circulation, stabilise the structure, bring air into the rooms, people up to the roof and ensure acoustic separation between key sensitive spaces. A delicate lattice of metal elements wraps around it and frames views over the city, while a grid of led lights announces the programme.

Together, these spaces make an Open House, a place where there is always something going on, to engage with and be inspired by – a place that is both spatially and socially connected. Although infinitely flexible, our approach to the technical infrastructure is underpinned by a straightforward, rational logic based on low-tech, high-impact solutions.

As the historic buildings that surround it, the architecture we propose is robust, self-confident and matter-of-fact, carefully put together and almost infinitely adaptable, ready to embrace the known as well as the unexpected.