RSHP celebrates 10 years in China by winning a 220m tower 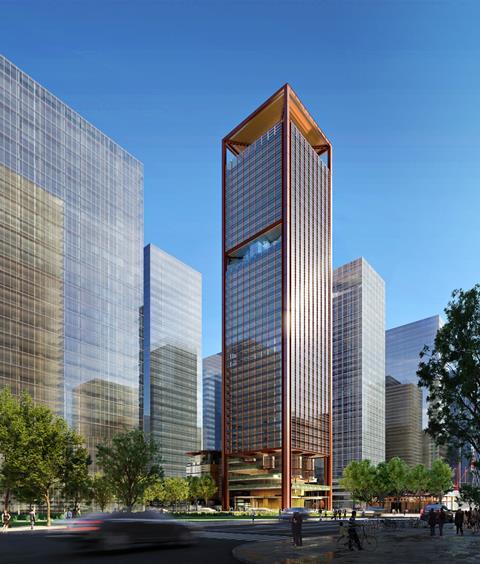 Rogers Stirk Harbour & Partners has won the design competition for an office tower in the centre of Shenzhen’s Qianhai district.

The news coincides with the 10th anniversary of the practice opening an office in China.

Ben Warner, managing director of RSHP Asia, described it as an important milestone for the firm. 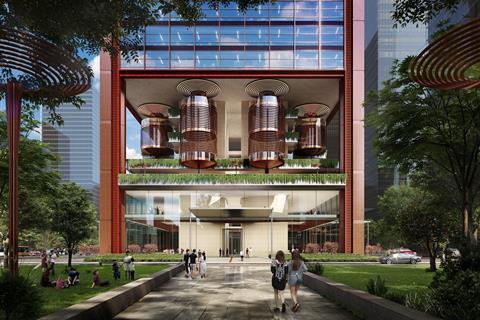 The building will be clad in metallic bronze and supported within what the practice describes as four mega columns. The shaft will be punctuated by triple-height lobbies.

At street level the four columns allow for a three Storey pavilion to be suspended over at lanscaped undercroft. The project will also contain a new park, underground shops and connections to the metro. 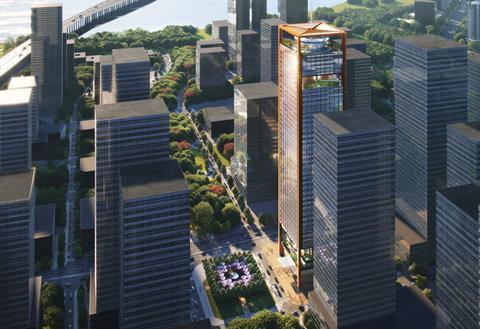 Visualisation illustrating how the tower addresses the park

A reflective glass pagoda on the roof will create a lantern effect at night and refract sunlight six floors down through a central atrium by day.

Senior partner Ivan Harbour said it would be “a landmark for a citizen and for the city”. 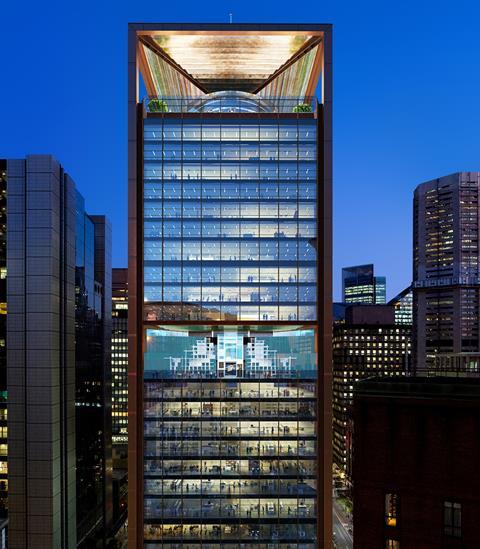 Senior associate Simon Tonks said they had found an energy- and fabric-efficient solution.

He added: “The building will be public health-aware, with a naturally ventilated, breathing façade system, open-plan floor spaces served by generous triple-height internal and external community spaces. It anticipates the need for dynamic smart spaces in a post-pandemic era that is responsibly connected to the city it belongs to.” 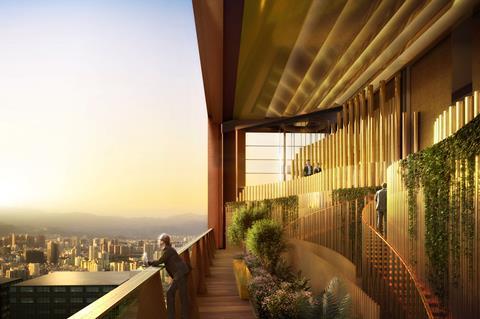 Visualisation of one of the three triple-height sky lobbies

The construction process will largely use off-site manufacturing and modularisation. 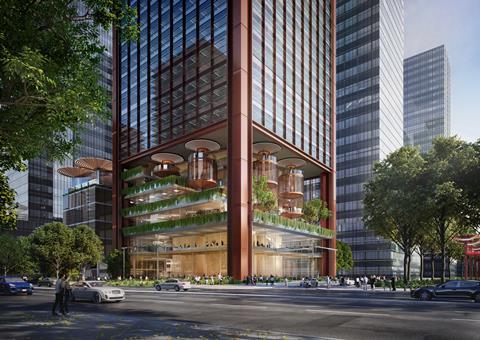 RSHP is working on the project with AUBE Conception. 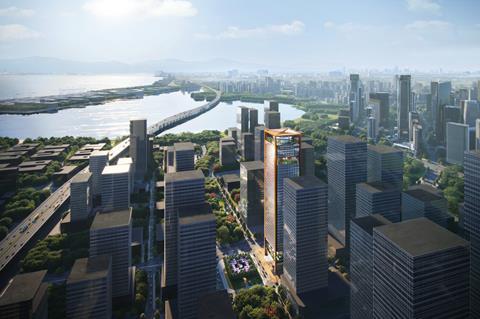 Visualisation illustrating how the tower addresses the park