He was 88 and had been ill for some time. Just over a year ago he retired from Rogers Stirk Harbour & Partners, the practice he founded more than 40 years ago and which went on to win two Stirling Prizes and influence generations of architects. 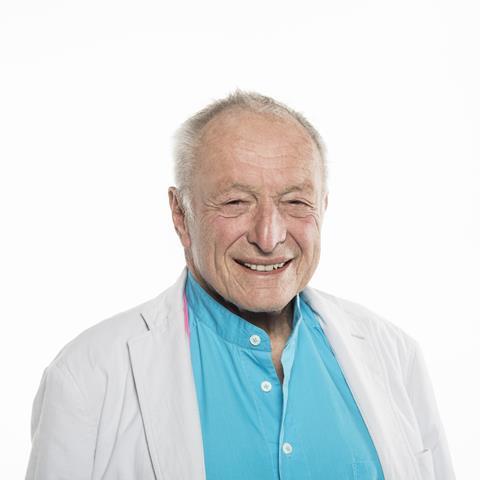 Rogers was one of a tiny handful of architects who become household names. He first came to attention with the competition-winning Pompidou Centre in Paris - designed with Renzo Piano - and the Lloyds Building in the City of London, as well as the Millennium Dome and a string of often very colourful projects on almost every continent.

But Rogers, who lived in Chelsea, was just as celebrated for his views, his humanity and the egalitarian way he ran his practice.

RSHP issued a statement this morning saying: “It is with deep sadness that the partners and staff of Rogers Stirk Harbour & Partners acknowledge the death of our colleague, friend, and founder partner Richard Rogers.

“For the four decades and more that we have all variously shared with him, he will be remembered as a colleague and friend, who was gregarious, always completely free of status, always inclusive, always exploring and looking ahead.

“A man of immense drive and charisma, he was equally a man of civility and integrity, dedicated to the art and science of architecture, of urbanism, the life of the city, of political commitment and positive social change.

“His love of people, of discussion, the sharing of views, of exploring new paths and of co-operative and creative working, was reflected in the practice he founded, and which continues to espouse and develop those ideals today.

“Richard lived his family and professional life as one and our thoughts and condolences are very much with his family today.”

>> Ben Flatman: Where will the next Rogers and Foster come from?

>> Rob Fiehn: It’s time to stop relying on the big names of architecture

Rogers, whose first collaborater Norman Foster paid tribute to his friend today, won the Stirling Prize in 2006 for Barajas Airport terminal in Madrid and repeated the achievement three years later with a Maggie’s Centre at Charing Cross Hospital, the first of the cancer care centres in London.

He was made a Labour peer in 1997 and appointed to the Urban Task Force by John Prescott in 1997. Its landmark 1999 report, Towards an Urban Renaissance, advocating for high-density urbanism based around the concept of compact cities rather than suburban sprawl, prompted a government policy focus on public transport-supported higher-density housing - which remains policy to this day - as well as the creation of the influential planning guidance for housing known as PPG3, and the foundation of former design quango Cabe.

A sad day for architecture and a sad day for us all. RIP RIchard. https://t.co/WOnezctsmG

Send your tributes and memories to the newsdesk at elizabeth.hopkirk@bdonline.co.uk