The government has admitted that officials had “felt unable” to escalate warnings about fire safety in the years leading up to the Grenfell Tower fire because of its drive for deregulation.

Jason Beer QC, representing the Department of Levelling Up, Housing and Communities, told yesterday’s hearing of the Grenfell Inquiry that a policy of cutting red tape under David Cameron and Theresa May had constrained officials working on revisions of building regulations.

In his closing statements for module six of the inquiry’s second phase, Beer said: “The department would accept that deregulation played a part in underpinning a culture in the department where officials felt unable properly to escalate warnings when they were raised or to progress work in response to recommendations.” 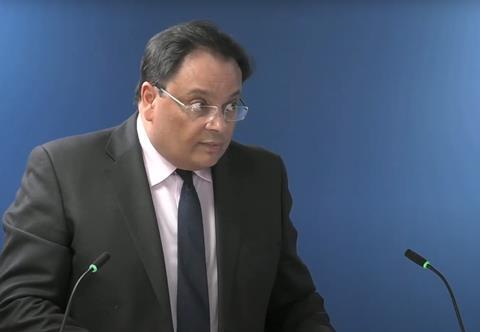 The inquiry has already heard that government officials had failed to implement changes to the regulations recommended by a coroner following the 2009 Lakanal House fire in Camberwell, south London, which killed six people.

The regulations were still unchanged by the time of the Grenfell Tower fire in June 2017, which killed 72 people, despite a review of the rules being launched in 2013.

Beer conceded yesterday that the delay in completing the review was “primarily demonstrative of an under-appreciation of the risks by the department in not updating [fire safety guidance] sooner, based upon a false understanding that the system was generally operating as it should be”.

He also said the department missed opportunities to look into the effectiveness of the regulatory system because of the lack of a formal oversight role, a reliance on industry and financial constraints in the department.

> Also read: Decay, delay and deregulation: what we have learnt from the Grenfell Inquiry

Brian Martin, the official responsible for fire safety guidance in buildings for nearly 18 years before the Grenfell tower fire, has previously said he considered himself to be the “single point of failure” in an under-resourced department.

Refuting this, Beer said “in reality responsibility was not one that could possibly fall on one person’s shoulders”.

Martin had authored two amendments to the guidance in 2006 which have been repeatedly raised in the inquiry as creating uncertainty in the construction industry over which types of products were prohibited in cladding systems.

While Beer accepted that these amendments were “capable of causing confusion”, he insisted a “competent professional” would have realised that any combustible material would not be compliant in the wider context of the regulations.

He said: “The department would suggest that it is plain that the professionals engaged in the refurbishment of Grenfell Tower, and those professionals engaged in the construction and refurbishment of other high-rise residential blocks in the country, cannot claim to have seriously turned their minds to the question of compliance… in any meaningful way.”

Beer added that local authority building control bodies and approved inspectors had also not been “competently applying their minds” in allowing tall buildings to be clad with combustible cladding panels and insulation products.

But a lawyer representing the manufacturer of the ACM cladding panels installed on Grenfell Tower had said earlier in the hearing that the belief that combustible materials did not comply with regulations “lacks plausibility”.

Stephen Hockman QC, representing AAP SAS, the French arm of cladding firm Arconic, said that witnesses had “closed their eyes to what was in front of them”.

“As awareness of the situation developed, even before the Grenfell fire, no one was willing to face up to the legacy issue, namely the problem that all parties were to face in dealing with the legacy of buildings clad with combustible materials if and when it should be decided that that was not longer a safe method of construction to employ,” he added.

And Tim Green, representing insulation manufacturer Kingspan, described the government’s failure to recognise that ACM panels posed a significant fire risk despite a series of tests in 2001 as “shocking”.

He added: “Part of the reason for this failure is that no emphasis was placed by the regulatory regime or by the relevant government department on the need for test data to be collated and shared transparently, even in respect of the data held by the government.”

The inquiry has heard how the ACM tests, commissioned by the government and carried out by the Building Research Establishment, had resulted in “catastrophic” failure and was extinguished after just five minutes when flames reached 65ft, twice the height of the test rig.

But no action was taken by officials following the tests, and the results were not shared with the industry. Martin has previously told the inquiry that they had “just been forgotten”.

Module six of the inquiry has looked into the government’s role in setting the regulatory regime in the years before Grenfell. The next module of the Inquiry will hear from expert witnesses.