Four-tower scheme to be biggest in the city 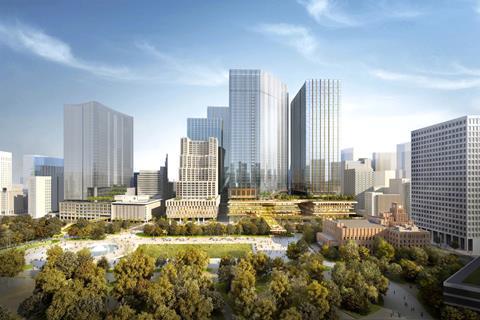 PLP Architecture has unveiled its plans for a huge four-tower redevelopment in central Tokyo.

The 1.1 million sq m masterplan, designed for a partnership of ten of Japan’s largest firms, is currently the largest in the city.

The 6.5ha site runs along one side of Tokyo’s central Hibiya Park, which neighbours the government district to the west, the imperial palace gardens to its north and the Shinbashi commercial district.

PLP said its aim was to connect the surrounding districts with a network of pedestrian walkways, including two new bridges and a 2ha public plaza. 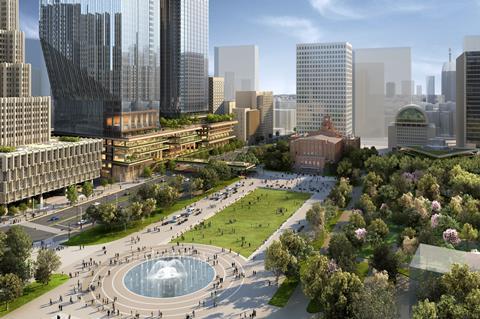 The development is split into three main areas. The northern district consists of new premises for the Imperial Hotel designed by ATTA and a mixed-use tower designed by PLP. 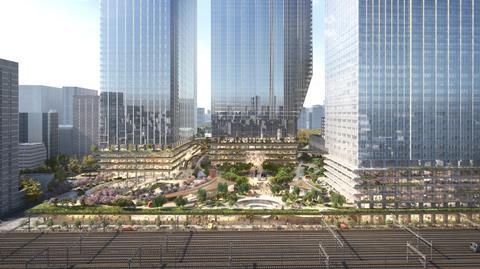 The central district, which is connected to the park by a pedestrian bridge, will be home to another PLP-designed mixed-use tower. 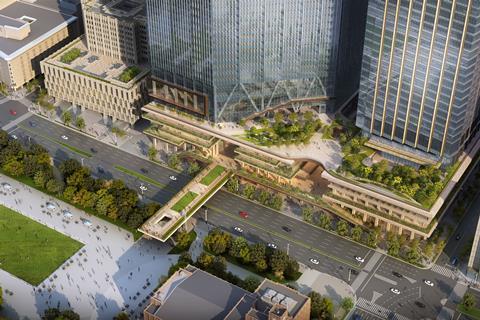 The area in the south will feature a hotel and office tower designed by Nikken Sekkei. 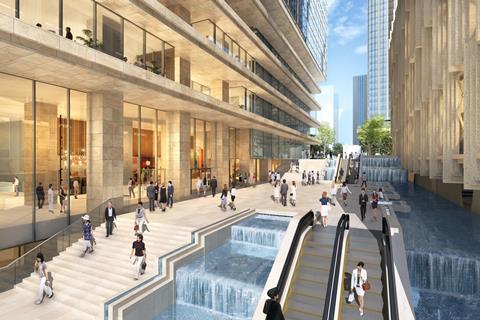 PLP, which has offices in Tokyo, Beijing and London, was said last year to be eyeing a fourth office in SIngapore after winning a job to design its first high-rise residential project in the city. 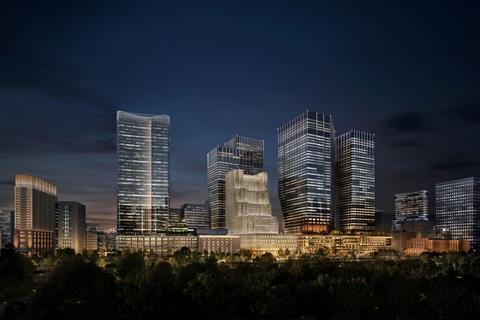