Farringdon scheme due to finish next autumn 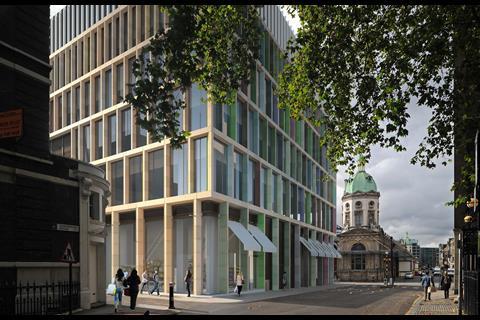 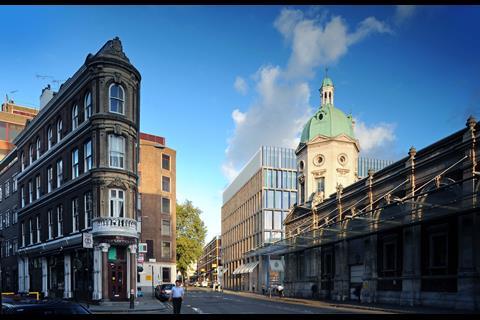 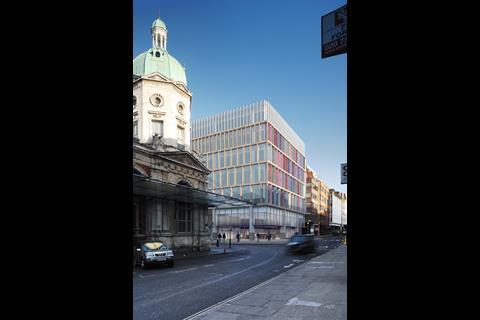 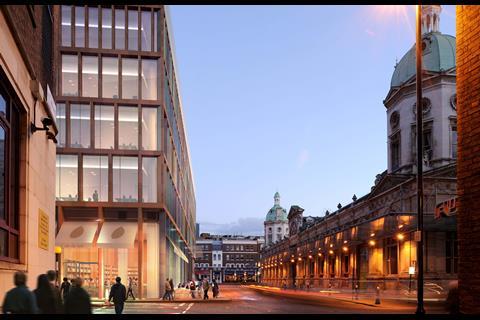 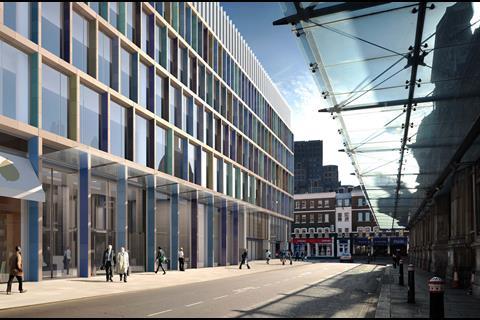 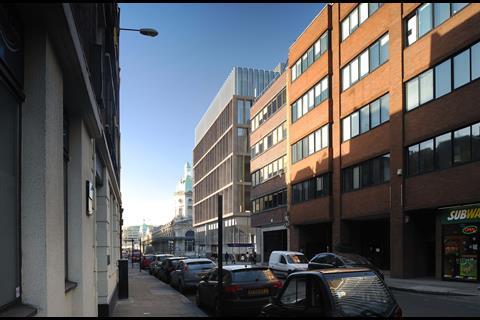 New images have been revealed of PLP’s £120m plans for an office block over the Farringdon Crossrail station in central London.

Mace is set to start work later this spring on the six-storey scheme and finish next October.

It will be built over the station’s eastern ticket hall on Lindsey Street and will feature 15,500sq m of office space. A number of retail units are planned for the ground floor.

The architect said the block was “designed to reflect the style, proportions and colour palette of architecture in the area and complement neighbouring buildings”, including the adjacent grade II*-listed Smithfield market.

The scheme is being developed by Helical which is behind the nearby £165m Barts Square mixed-use scheme that was being built by Carillion.

After Carillion went bust in January, Helical drafted in Mace to complete the office scheme called One Bartholomew Close, while McLaren took over the residential element.