The proposals, which are the result of two years of collaboration, combine a sensitive programme of restoration with considered improvements to the library’s study spaces and accessibility. 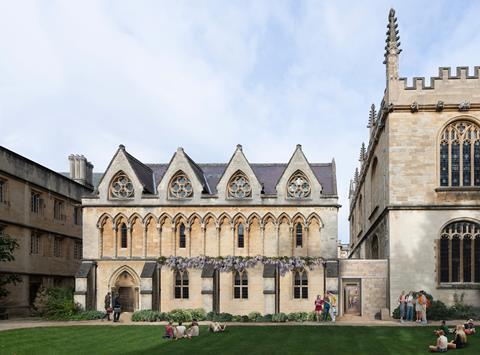 The library was constructed in 1857 by George Gilbert Scott, one of a number of his works at Exeter College.

The grade II-listed neo-gothic building consists of two storeys with an adjoining lower annexe in an ‘L’ formation, around the college’s Rector’s Garden.

It sits next to the 17th-century walls of Convocation House, the grade I-listed historic court room of the Bodleian Library, separated only by a sliver of ground between buttresses.

As part of the redesign a garden store and windowless strongroom has provided the design team with an opportunity to transform the circulation of the library.

By occupying this space and the gap between the Bodleian’s buttresses Nex has created a new entrance to both wings of the library and new staircase and lift, making the library fully accessible. 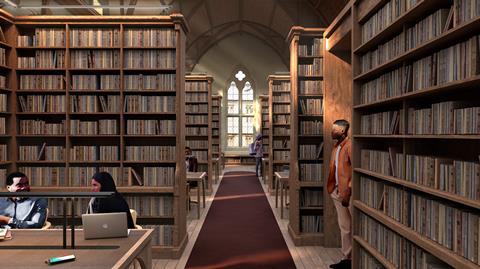 A further new entrance and stairs at the north end of the annexe add new emergency exits and allow flexible movement through the building.

The library was significantly altered throughout the last century, with many changes obscuring the original beauty and charm of Gilbert Scott’s design, said Nex.

With no construction drawings to work from, careful investigation of the building’s fabric and study of Gilbert Scott’s wider works informed the design proposals. Reflecting the architect’s modulation of light, the 1950s rooflights in the annexe will be replaced by clerestory windows, as in the St Pancras ticket hall. 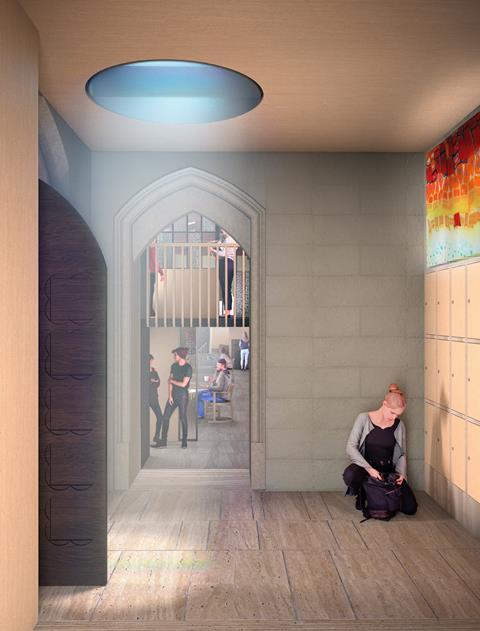 The practices said that while building within the historic fabric of Oxford was always challenging, this site required innovative solutions from the outset.

The use of prefabricated hardwood laminated panels allows for structural interventions including a lift shaft and the new 14m cantilevered mezzanine to be partially pre-constructed with minimum assembly on site.

Alan Dempsey, director at Nex, said it had been a privilege to work on the project.

He said: “The library is a key part of George Gilbert Scott’s legacy, containing impressive reading rooms and intricately detailed joinery. Unusually for such a fine building, parts of it have been extensively altered over the years. Our goal has been to sensitively restore the library to reveal its original mastery, while improving accessibility and increasing reading spaces for the next generation of Exeter students.

“Our proposals have had to carefully consider the construction of the project within a challenging setting, adjacent to the historic fabric of the Bodleian Library.

”Laminated hardwood panels offer a primary structural material that lends itself to the latest modern methods of construction and offsite prefabrication, while offering us the opportunity to finely craft new reading rooms and circulation spaces, and to reduce the carbon impact of the project.” 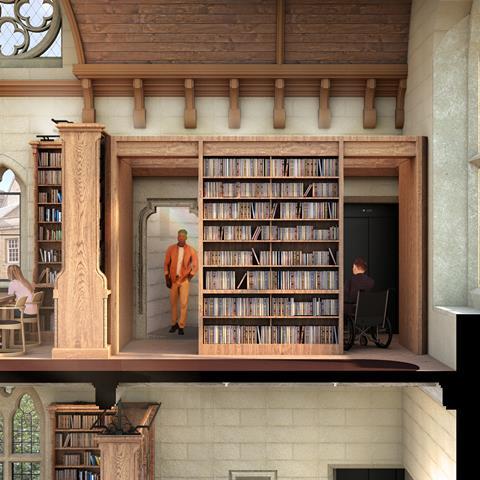 Work on the library will begin in June 2022, with the library scheduled to reopen in October 2023.

During that period around five thousand books will be housed at Cohen Quad, Exeter College’s newest premises, on Walton Street.

The library’s remaining books – those that are used less often – will be stored at a facility shared with the Bodleian Library, while a marquee will provide additional study space. 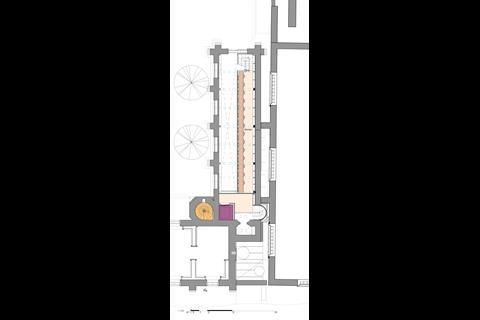 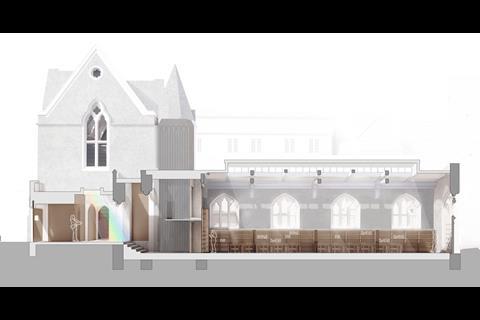 A view of the annex's long section from the west 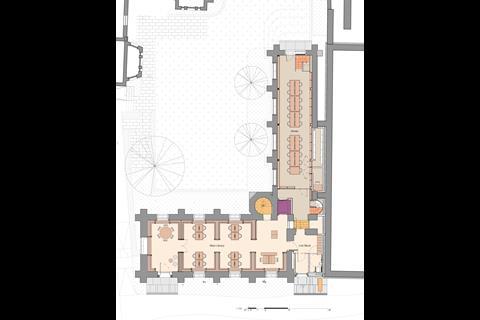 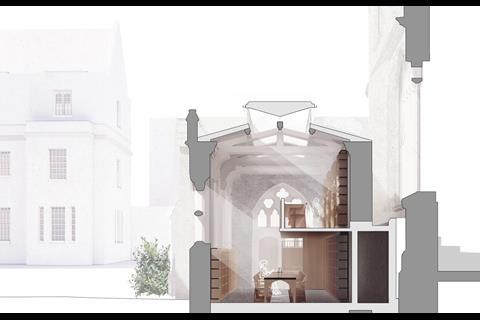 A view of the annex's short section 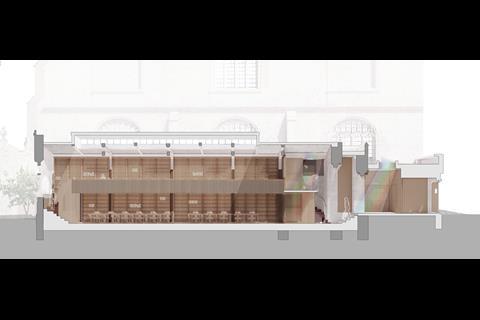 A view of the annex's long section from the east 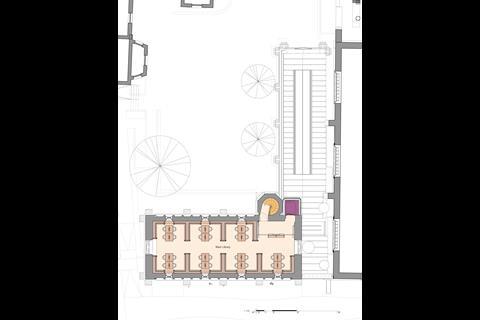