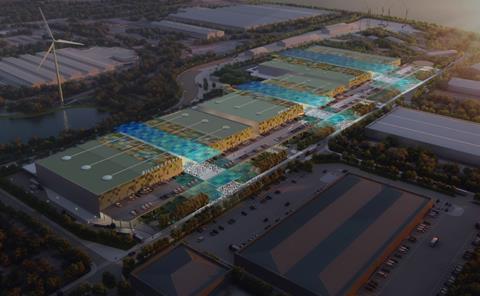 Chetwoods’ proposal for the combined triple market in Dagenham

The relocation of three historic markets to a new site in Dagenham will free up huge tracts of land for mixed-used developments, the City of London Corporation has said.

The news comes as main architect Chetwoods released a concept image of its outline proposal for the new triple wholesale market which would be built on a disused power station near Dagenham Dock.

The plans would see Smithfield, Billingsgate and New Spitalfields markets vacate their existing sites in the capital and moved to the eastern edge of London, a location chosen for its rail and river links.

Smithfield is the last wholesale market in central London, while Billingsgate, the UK’s largest inland fish market, moved from the City to the Isle of Dogs in 1982. New Spitalfields, which specialises in fruit and vegetables, moved from Spitalfields to Leyton in 1991.

New Spitalfields’ 13ha site in Leyton and, in particular, Billingsate’s 5ha site next to Canary Wharf, would be ripe for redevelopment if the low-rise market buildings were swept away.

A City spokesperson told Building Design: “The New Spitalfields and Billingsgate sites could become mixed-use developments providing new homes, work and office space; while relocating the meat market would release the Smithfield site so it can sit at the heart of a cultural district.”

The City’s “Culture Mile” project includes Stanton Williams’ new home for the Museum of London in West Smithfield. But its plan for the meat market building is not cultural but to turn it into a “vibrant mixed-use development”. 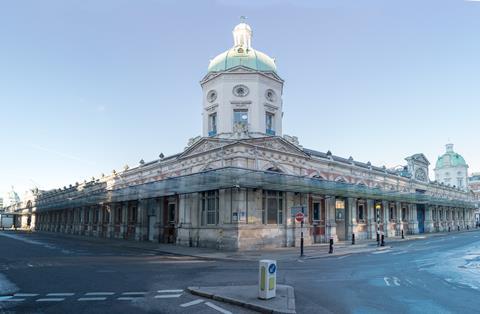 Meanwhile, a public consultation into Chetwoods’ plans for the consolidated market in Dagenham opened today. The architect has given a few more details of its “flexible” design which would see each market given its own entrance “identifying with the history and tradition associated with these markets”. The entrances would lead into large atria roofed with photo-voltaic panels providing power for the facility.

The scheme would provide market tenants with modern facilities in a location that offers room for growth, said the City corporation.

The spokesperson also said more architectural appointments could be made further down the line.

“In time other architects may be brought on to support the project, but it is too early to say how and when they would be appointed,” he said.

Smithfield meat market has operated in the City of Lodon for 1,000 years. First recorded in the 10th century, its livestock element was moved to Islington in 1852 because the number of animals being brought into London from around the country was causing mayhem. At that point Horace Jones was appointed to design the run of market buildings that survives to this day.

The non-meat parts of the market have been empty and semi-derelict for years, with a number of proposals to demolish or alter them made over the years, with many being bitterly contested at public inquiries. 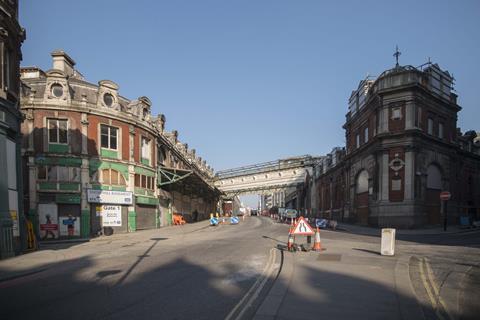