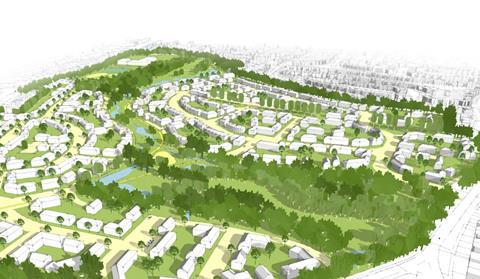 Multi-disciplinary practice FPCR Environment and Design has won approval for its proposals build up to 800 new homes on the site of a golf course in south Birmingham in what was one of James Brokenshire’s last planning decisions as housing secretary.

Birmingham city council rejected the consultant’s outline plans – drawn up for Bloor Homes – to redevelop the former North Worcestershire Golf Club with up to 950 new homes, a primary school and new community hub in 2017.

Its grounds for refusal were that the site, which is near Longbridge, was not allocated for housing in the city’s recently adopted local plan. It also argued that FPCR’s masterplan was “flawed” because it did not pay “sufficient regard” to the landscape and ecology of the site.

Bloor appealed the decision and it was recovered by the then housing secretary Sajid Javid for determination following a public inquiry. FPCR subsequently created revised outline plans for a development of 800 homes at the 32ha site – which is the scheme the inquiry looked into. 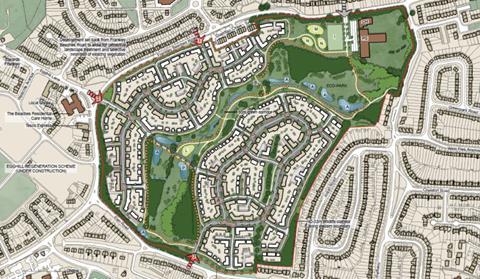 Following the inquiry in October last year, planning inspector Paul Singleton recommended approval for the 800-home version of the scheme.

A letter sent on behalf of then housing secretary James Brokenshire on July 24 – the day he was replaced by Robert Jenrick in Boris Johnson’s new government – confirmed Brokenshire’s support for Singleton’s conclusion.

MHCLG planning officer Jean Nowak said Brokenshire believed “significant weight” should be given to the fact that the scheme would deliver family homes, up to 280 of which would be affordable.

“The secretary of state has not identified any harms arising from the proposal of sufficient significance to outweigh the benefits which it would provide,” she said.

“The secretary of state therefore concludes that the appeal should be allowed and planning permission granted.”

FPCR said its scheme for the golf course would deliver “a network of parkland, woodland and wetland” that would bisect and wrap around the site and open up significant new areas of public open space for both the new and existing community.