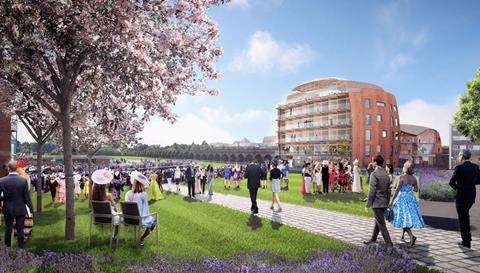 McGuirk Watson Architecture’s revised proposals for a new conference centre and grandstand at Chester Racecourse have won the backing of planners after an earlier incarnation of the scheme was refused.

Chester Race Company resubmitted proposals for the scheme after Cheshire West and Chester council turned down its original proposals in March.

Last week the authority gave its backing to the updated version of the scheme, which sees the project’s two key buildings combined into a single conference centre and grandstand.

The venue operator said McGuirk Watson’s reworked masterplan was a “carefully considered response to local residents who had raised concerns against the original application”. 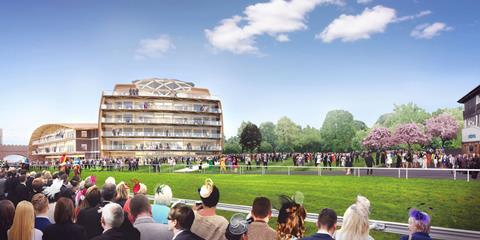 The approved version of the scheme omits a multi-storey car park and introduces a large public lawn in place of the course’s current Leverhulme Stand, opening up views of the racecourse from Watergate and the City Walls.

Chester Race Company chief executive Richard Thomas said the conference centre and grandstand would be a fantastic civic building for the city. 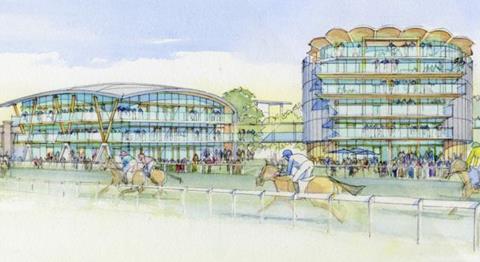 “With a strong focus on sustainability in its design, construction and use, this innovative new building will again put Chester at the forefront of the UK’s major sporting venues,” he said.

“This will be a project which the Race Company and the city can be very proud of.”