Visualisation of the completed East Bank scheme at Stratford Waterfront

The Greater London Authority needs to learn lessons from the procurement experience of the East Bank cultural quarter at Queen Elizabeth Olympic Park, which is facing cost rises of £157m – a 33% hike on its original budget of £471m, according to a new report.

The flagship development includes a hub for the London College of Fashion and an east London base for the BBC – both designed by Allies & Morrison, and a Sadler’s Wells theatre and a V&A museum, both designed by O’Donnell & Tuomey. Work on the project started on the ground in 2019.

After the cultural facilities are complete, work is due to start on a 600-home Allies & Morrison housing development on the site, a stone’s throw from the Stratford City shopping centre.

In a report on procuring major projects, published this week, the London Assembly’s GLA Oversight Committee said that while the coronavirus pandemic had “added substantially” to the development and construction costs of East Bank, it was not the only cause of cost hikes 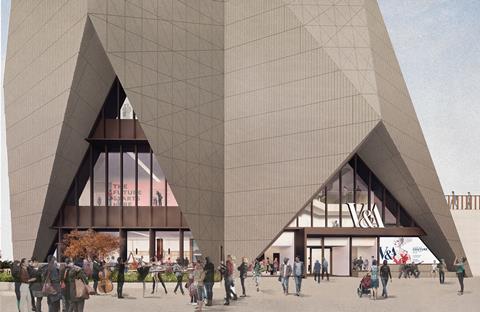 The Oversight Committee said LLDC had told it that the pandemic was responsible for “around 40%” of the projected £157m cost increase, with design development and integration issues accounting for some 27% and tender returns around 35%.

The committee’s report said that in order to deliver to a 2022 deadline for East Bank – subsequently pushed back to 2023 because of the pandemic, LLDC had taken the decision to go on a “managed-package strategy” route in 2018.

It said the strategy involved breaking down the construction of the four buildings on the East Bank site, which are being delivered by LLDC, into several fixed-price packages.

“The LLDC decided on a stage 4 design, a relatively developed design, for fixed-price contracts,” the report said. “The transparency of the managed-package route, where more and more of the packages are successively contracted over the course of the development, means the LLDC was able to protect the later packages from the full impact of the pandemic and the delays to the programme as a result.” 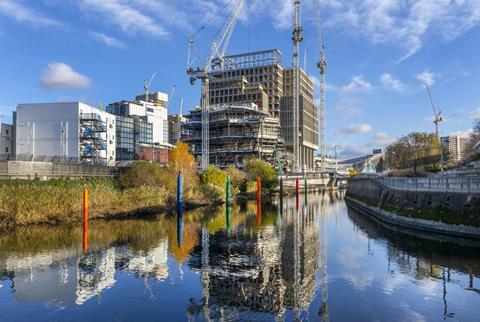 London Assembly members said the LLDC’s strategy had been based on the idea that the corporation could reduce the number of interfaces on the project – a key risk in construction – and procure around 20 packages for the entire scheme.

Other projects included in the report are a retrospective look at Heatherwick Studio’s scrapped Garden Bridge; a list of recommendations for Transport for London on its work to improve procurement; the Bond Street Crossrail station; and the Silvertown Quays regeneration project.

Earlier this week the LLDC and developer Ballymore announced a joint-venture agreement to deliver the 600 homes planned for East Bank and a further 575 Mikhail Riches-designed homes on a 2.4ha site near Pudding Mill Lane DLR station, a few hundred metres south of East Bank.

Responding to the London Assembly report, an LLDC spokesperson said East Bank was the biggest single investment in London’s culture and higher-education infrastructure since the 1850s.

”It will shape the cultural and creative life of the city for the next century and beyond,” they said.

”We have been open and frank with assembly members about the opportunities and challenges posed by the project, particularly the impacts of Brexit on supply chain and the pandemic, and we look forward to sharing our knowledge and the lessons that can be learned.”