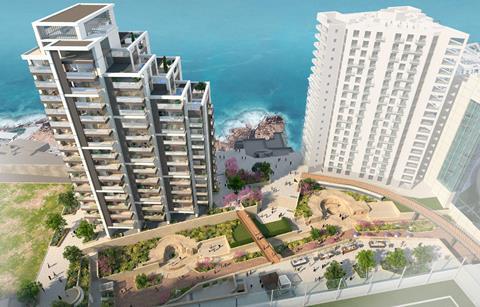 London-based LOM Architecture and Design has unveiled proposals for a 16-storey residential-led development in Malta.

The practice said it had topped a shortlist that included Broadway Malyan, DMWR, Make and Squire & Partners in an invited competition to create the scheme for developer MIDI.

Its proposals, which also include new shops, and food and drink units will complete MIDI’s Tigné Point development, across the bay to the north of Valletta. 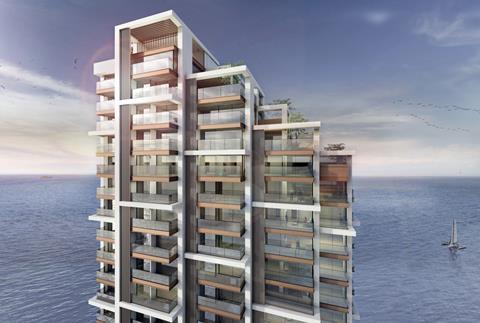 LOM has also designed a new pedestrian bridge that will link the district’s The Point shopping mall, which is adjacent to the development site, to the seafront promenade.

“Our design creates a public place for people to enjoy and takes advantage of the stunning views out to sea and across to Valletta, as well as highlighting the site’s history,” he said. 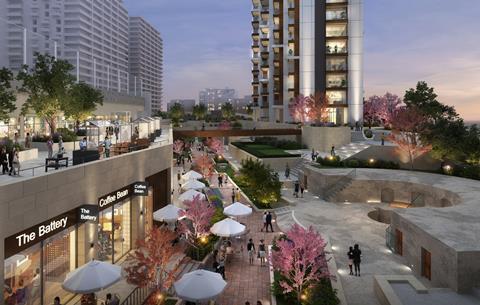 Hutchinson said a planning application had been submitted to the Maltese government and that a decision was expected by the end of the year.