Lloyd’s decision on future of Rogers building delayed by pandemic 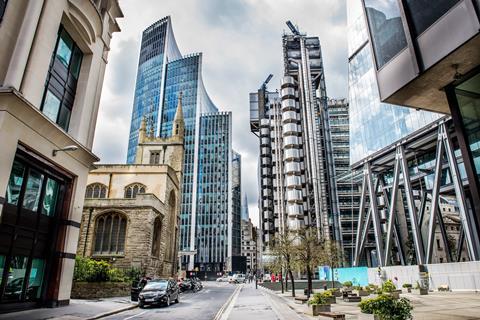 A decision on the future of Richard Rogers’ grade I-listed Lloyd’s building has been delayed by the pandemic.

Lloyd’s of London is planning a “once-in-a-generation” redesign of the key Underwriting Room and last year consulted architects on possible options, which are thought to include moving out altogether. It has refused to reveal who those architects are and RSHP has always declined to comment.

The 400-year-old institution was expected to announce its decision last year but has now said it will take its time to weigh up the alternatives. Directors want to allow time for post-pandemic working patterns and preferences to emerge before making any major decisions.

Last summer Lloyd’s revealed the changing demands of flexible working trends and digitalisation had set it on a “once-in-a-generation journey to redesign the iconic underwriting room and supporting spaces in the Lloyd’s building”. 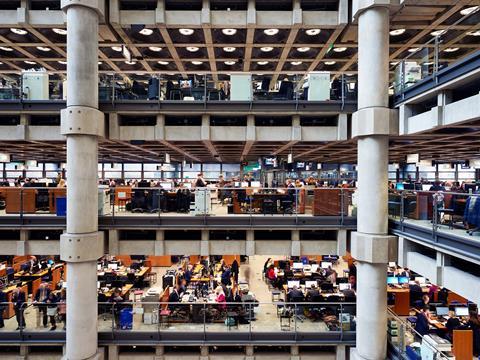 The vast underwriting room is facing a redesign

The world-famous building was the first major commission, after the Pompidou Centre, won by Richard Rogers, who died in December aged 88.

It was granted grade I protection in 2011, the day it turned 30. At the time it was the country’s youngest building to receive the honour. Under the rules it could not have been listed any earlier without being under threat.

Acknowledging the delay to its schedule, a Lloyd’s spokesperson said: “As people adapt to the new structures and flexible ways of working, we will revisit our thinking on the future of the underwriting room in 2022 to ensure our vision for the future of this space is in line with the market’s needs and fit for purpose.

“Taking this time will give us a stronger grasp on the working practices of our market participants and corporation employees.”

The statement appeared to leave open the possibility that the insurance giant could quit its headquarters altogether, something first mooted in 2014 after a former chief executive complained about the cost of maintaining its services which are famously on the outside in order to maximise floor plates.

According to Lloyd’s latest annual report, published last year, there is a break clause in 2026 but it said there had been “no management decision to exercise the break before the end of the lease in 2031”.

The half-year results, published subsequently, shed no further light on this but do state that repair and maintenance costs “have been provided for”.

After Rogers’ death the historic Lutine Bell in the underwriting room was rung in his honour, with speeches by Ivan Harbour and Lloyd’s chair Bruce Carnegie-Brown who said: “Every design carries some trace of its designer and Richard’s ideas, values and vision are eminently visible in the building we see today. One Lime Street continues to be more than just a building – it is a home, not just for us but for the 5,000 daily visitors who were coming through the doors prior to the pandemic.”

The Twentieth Century Society has warned Lloyd’s it will be watching carefully and said the building’s listing alone is not enough to protect it from potentially damaging alterations.