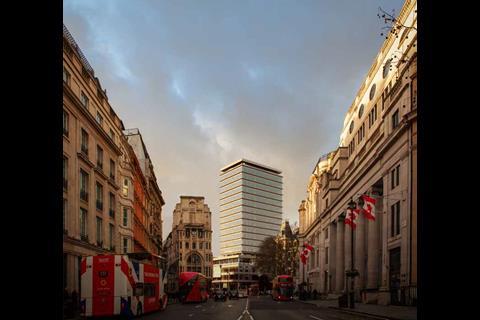 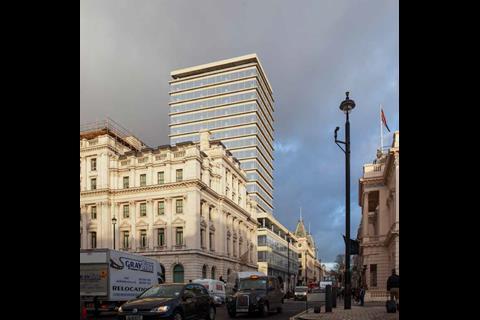 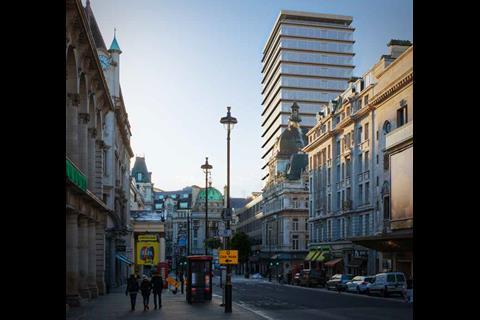 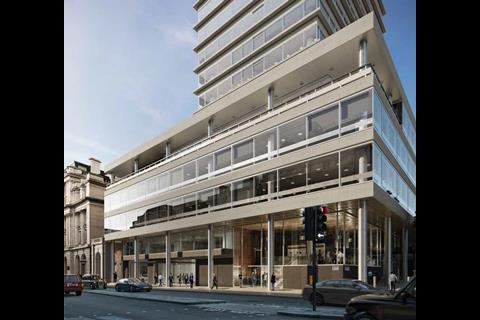 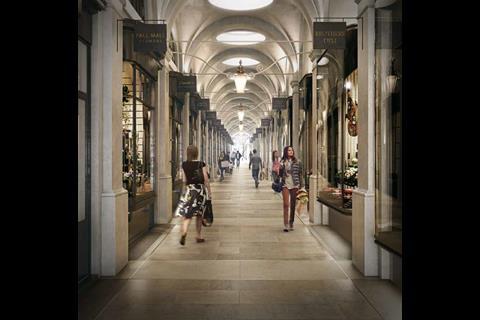 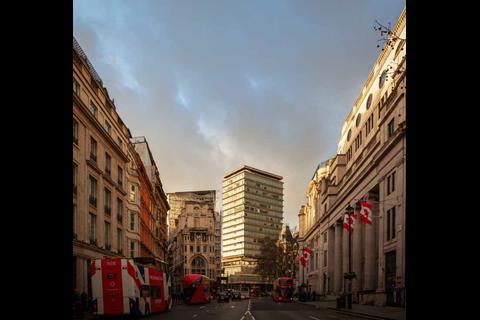 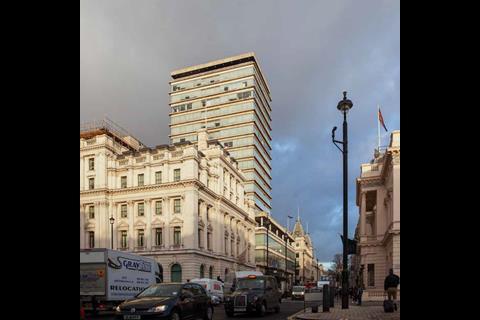 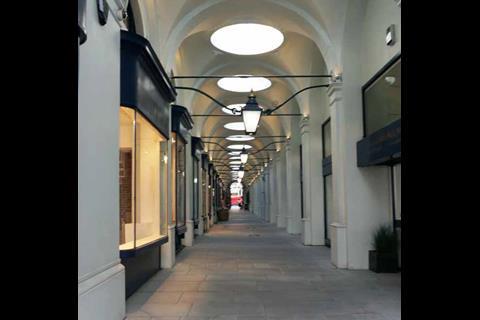 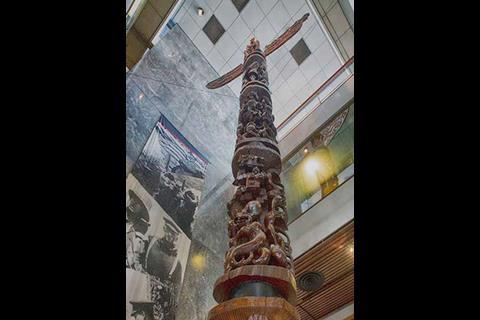 Praised by Iain Nairn in his classic Nairn’s London, the building was designed by Robert Matthew, Johnson-Marshall & Partners (RMJM) and listed at grade II in 1995, in recognition of its “elegant tower and podium composition”, characterised by plate glass strip windows and pronounced Portland stone bands and interior quality. 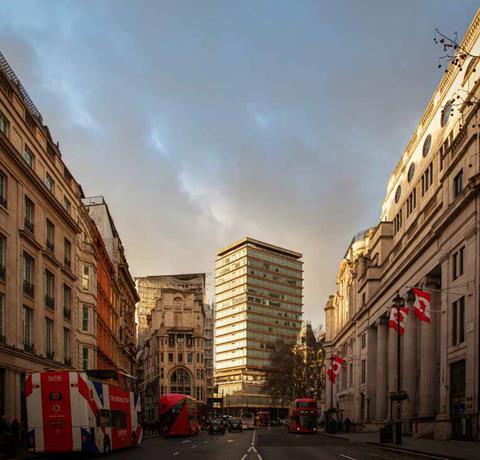 But according to LDS, the 19-storey building – which is owned by the Crown Estate and houses the New Zealand High Commission – has systems and services that are now “at the end of their usable life” and refurbishment to bring the 1963 building up to modern standards is required.

Under plans lodged with Westminster council last week, the block would be upgraded and reconfigured to deliver a mix of office accommodation, diplomatic space and new ground-floor retail and restaurant space. The proposals would also rework parts of the adjoining grade I-listed Royal Opera Arcade, designed by Thomas Nash and GS Repton, completed in 1818.

The LDS proposals – for which Paul Sandilands is the lead – involve internal reconfigurations to New Zealand House that would create separate entrances for high commission use and a new entrance for office tenants in the building that would be accessed via Pall Mall. 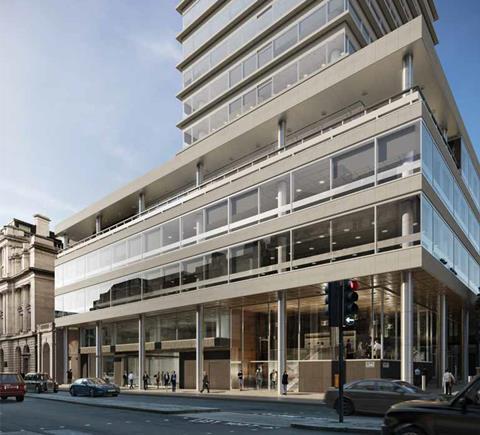 Lifschutz Davidson Sandilands’ proposals for New Zealand House, seen from Pall Mall. The building would get a new entrane on the thoroughfare.

According to the architect’s design and access statement for the proposals, the four-storey podium and 15-storey tower was “always too large” for the New Zealand government’s requirements and a “significant proportion” of the existing building has been sublet to commercial tenants since its completion.

“This refurbishment provides the opportunity to reinforce the New Zealand government identity in the building while re-purposing those areas that are not required,” the document said.

As well as re-glazing the structure, the work would include creating a new diplomatic residence on the 17th floor, reconfiguring the 18th-floor southern terrace with an extended glazed function area, and relocating some existing features. 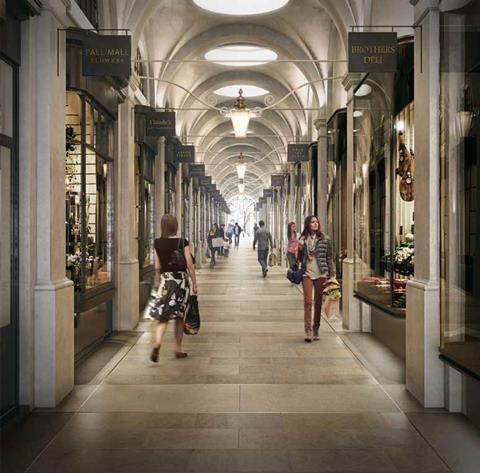 Outside New Zealand House, the LDS scheme would create a new entrance for the Royal Opera Arcade from Pall Mall, deliver the repair and refurbishment of original shopfronts, and convert 20th-century mezzanine floors into office space, reconnecting them to New Zealand House.