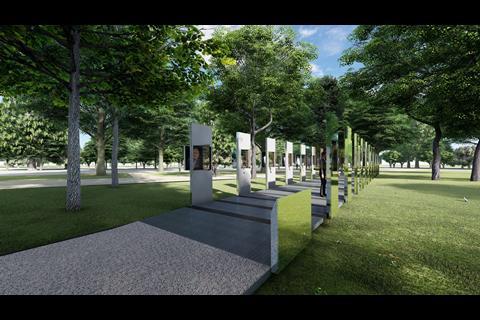 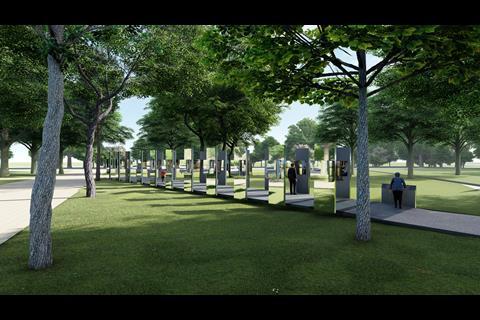 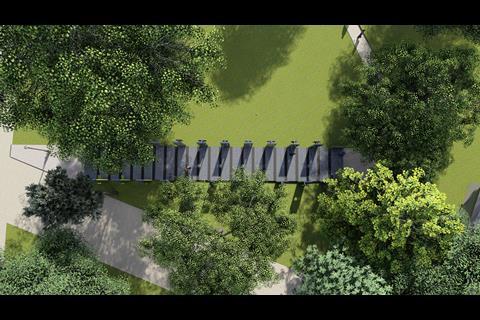 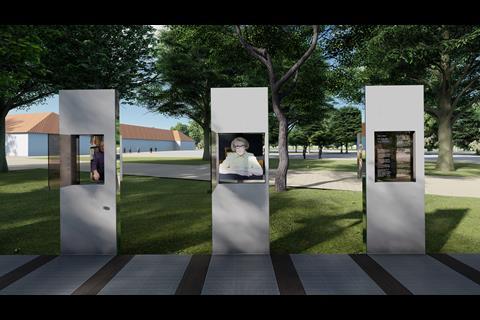 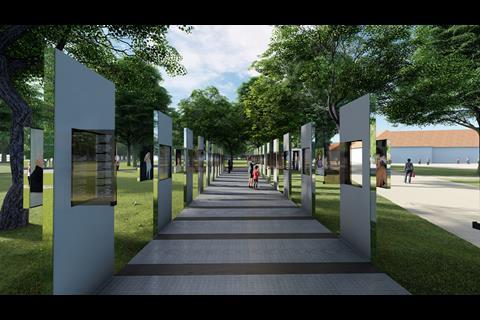 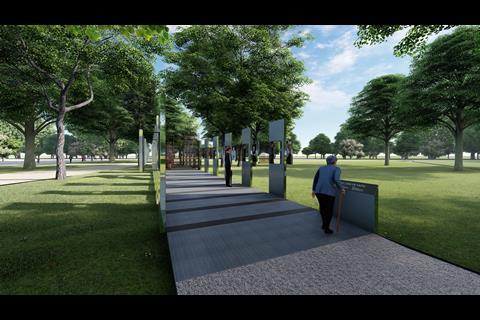 A new exhibition designed by Daniel Libeskind showing pictures of Auschwitz survivors opens at the concentration camp at the beginning of July to mark the 75th anniversary of its liberation by Soviet forces in early 1945.

The exhibition, called Through the Lens of Faith, is composed of 21 colour portraits of Jewish, Polish and Sinti survivors of the camp in Poland.

The pictures show some of the inmates with their sleeves rolled up to reveal the serial number that was tattooed on prisoners at Auschwitz.

Libeskind’s design sees 3m tall, vertical steel panels line up on both sides of a path that comes off the route that leads to the Auschwitz Memorial and Museum. The repetitive pattern of the panels is designed to resemble the stripes on a prisoner’s uniform.

The portraits have been taken by Caryl Englander, the wife of billionaire hedge fund manager, Israel Englander, who between them have given millions of dollars to Jewish organisations.

The exhibition runs until the end of October 2020.