Kuma weaves some structural magic at V&A in London

Kengo Kuma has been commissioned to create a large-scale sculpture in the V&A’s John Madejski Garden.

The Japanese architect, whose only UK building is the new V&A outpost in Dundee, will create a giant woven loop of bamboo and carbon fibre for the London Design Festival in September.

He said the doughnut-shaped installation was an “exploration of pliancy, precision, lightness and strength: by pulling two ends, it naturally de-forms and half of the woven structure is lifted into the air”. 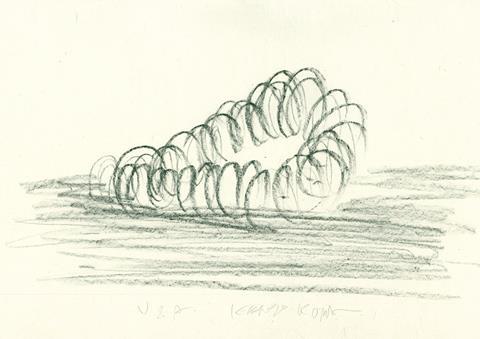 Known as Bamboo: Ring: Weaving into Lightness, the sculpture has been created by weaving together a 2m-diameter ring of bamboo with a ring of carbon fibre.

Bamboo has been traditionally used in Japanese architecture partly for its linearity and flexibility, and as a symbol of strength and rapid growth. 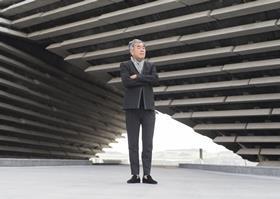 Kengo Kuma outside the V&A Dundee

Kuma said that by combining contemporary and ancient materials and laminating each ring, “the resulting effect achieves a certain rigidity while maintaining the unique material properties and beauty of bamboo”.

Kuma worked with Ejiri Structural Engineers and the Kengo Kuma Laboratory at the University of Tokyo. The installation is curated by Clare Farrow.

The LDF runs from September 14-22, with installations and events across the capital. 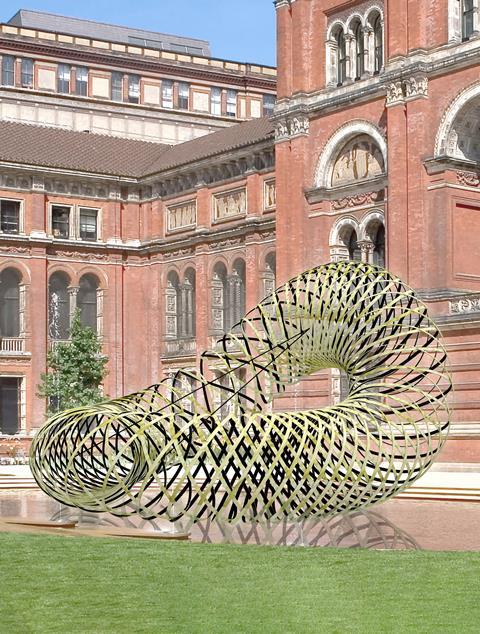