Architect in team with Makower up against BIG, Diller Scofidio & Renfro, PLP and SOM in final showdown for huge Winter Olympics scheme 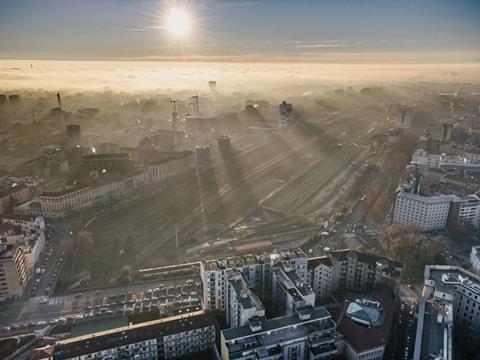 John McAslan & Partners will face off against BIG and Diller Scofidio & Renfro in the final stage of a competition to design the athletes’ village for the 2026 Winter Olympics in Milan.

Italian developer Coima has announced the six finalists for the second stage of the competition, which saw 47 teams comprising a total of 329 firms hailing from 14 countries bid for the prestigious job in the city’s Porta Romana central south-east district.

The winning team will draw up the masterplan for a €180m scheme providing accommodation for the Olympics at a 217,000sq m site at the disused Porta Romana railway yard.

The site is one of seven disused railway stations in the city covering a combined 1.25 million sq m which will be redeveloped.

Together, the seven schemes are set to be the largest urban regeneration scheme in Milan for the next 20 years, and amount to one of the largest projects in Europe.

UK firms made up the second largest number of applications in terms of nationality, making up 15% of the teams which applied, behind Italy’s 32%. The third best represented country in the competition was the US, which made up 11% of entrants, followed by France, on 9%. 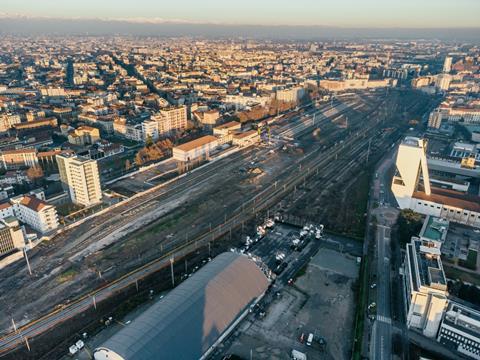 The scheme will include new offices, social housing, student housing and a huge 100,000sq m park

Diller Scofidio & Renfro is on a team consisting of Outcomist, PLP and Carlo Ratti Associati along with engineering firms Arup and Aecom.

The other practices to make it to the final hurdle are Cobe A/S, SOM and Studio Paola Vigano.

Coima said that the final shortlist had been increased from five to six due to the “excellent quality” of the applications, with finalists selected based on the interdisciplinary skills of the working groups, experience in comparable projects and the project methodology presented.

>> Read more: What the Brexit deal means for architects

The overall winner is due to be announced after the competition’s second phase wraps up on 31 March this year.

The chosen masterplan will then go to a consultation and a technical analysis conducted by the Municipality of Milan and the organising body, which consists of Coima, developer Covivio and luxury fashion brand Prada.

Coima is responsible for the Oympic village, with Covivio developing the scheme’s offices and Prada focused on the scheme’s huge park, which, along with other green spaces, will make up 50% of the site.

The Porta Romana district where the railway site is located translates to “Roman Gate”, and was originally the main ceremonial entrance through the ancient Roman walls of the city.