International architecture qualifications set to be recognised in the UK, government confirms

A new recognition system to acknowledge architecture qualifications from around the world will be implemented as part of the Professional Qualifications Bill, the government has confirmed.

The government has responded to a consultation on proposed amendments to the Architects Act, which will ensure professional standards within the sector are maintained and enable international architects to practise in the UK. 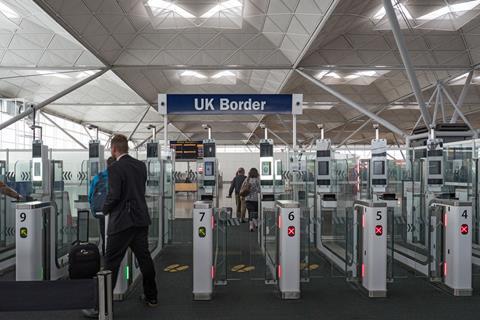 To support this, the Architects Registration Board (ARB) will allow architects with certain international qualifications to join its UK register.

The government did not yet confirm which international qualifications will be recognised and said this would be up to the ARB to decide.

Chris Pincher, housing minister, said: “Following an overwhelmingly positive response to our consultation from the architecture profession, we are delighted to be moving forward with firm proposals that will make a real difference to the lives of architects around the world.

“This fundamental realignment of the profession will reassert the United Kingdom’s reputation as a global leader in architecture, ensuring we continue to attract the best architects from around the world to build back better on the homes and infrastructure in this country.”

>> Qualifications bill could repair some of Brexit damage, says RSHP

Under these new measures, the ARB will also be given new powers to monitor the way architects manage their continuing professional development, in line with other regulated professions – encouraging architects to develop their competence to practise.

Alan Kershaw, chair of the ARB, said the announcement confirmed the government’s intention to create new powers for the organisation, which it will use to introduce a scheme to monitor the CPD of architects.

He said: “This is an opportunity to recognise formally the considerable amount of development activity that most architects already do. We will develop our approach in collaboration with architects and use our regulatory powers to promote consistency across the profession.

“ARB’s new role in recognising international qualifications is another positive step. We are going to ensure all individuals registering under this new process are held to equivalent standards, to maintain excellence across the architectural profession, whilst also ensuring the United Kingdom continues to benefit from the varied skills and experience international architects bring with them.”

The government’s response to a consultation on proposed amendments to the Architects Act, which was introduced in1997, also says that it will be strengthening the ARB’s role in monitoring and maintaining the competence of architects on its register and increasing public confidence by listing disciplinary orders against an architect on the register.

The government has also said it will allow the list of chargeable services to be expanded to cover the full range of services allowed by the ARB.

The changes are part of ongoing reforms to improve the competence of professionals across the built environment sector, who have a responsibility for designing, constructing and managing homes and buildings.

The reforms build on major legislative changes being made by government in relation to fire and building safety, with wider proposals to drive up professional competence in the sector set to be implemented via the Building Safety Bill.