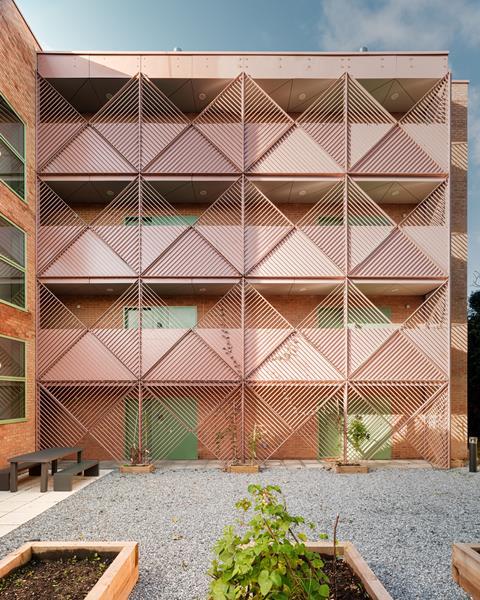 Haworth Tompkins has completed its second project for Pocket Living, a block of 20 one-bed flats on an infill site in east London.

The £3.3m scheme, Gardner Close near Wanstead High Street in Redbridge, is aimed at first-time buyers.

The brick block uses a simple palette with distinctive metalwork juliet balconies, screens and gates in pink and green said to have been inspired by leaves, with some designed to double as trellises.

The green window frames were chosen to reflect those of The Shrubbery, a nearby 1930s grade II-listed block.

Built on a brownfield site, Gardner Close’s limited street frontage was addressed through massing development that led to the majority of the development being placed at the centre.

A landscaped courtyard with raised beds and seating is designed to bring residents together.

Natural light is brought in though large windows, deck access and a day-lit stair, which is also naturally ventilated.

Project director Chris Fellner said attention had been paid to energy efficiency in both production and running costs, with many pre-fabricated, standardised and repeated elements. By placing the unheated spaces, such as the bike store, plant room and secure entrance lobby outside the main residential massing the thermal efficiency was ensured, he added. 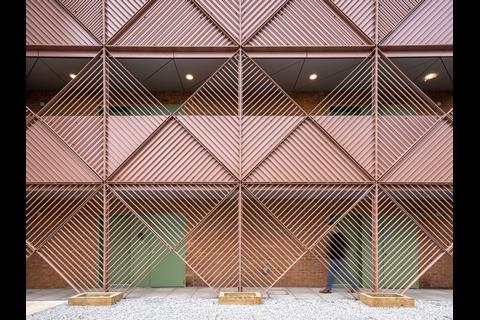 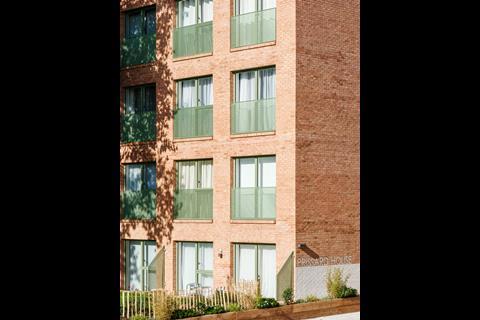 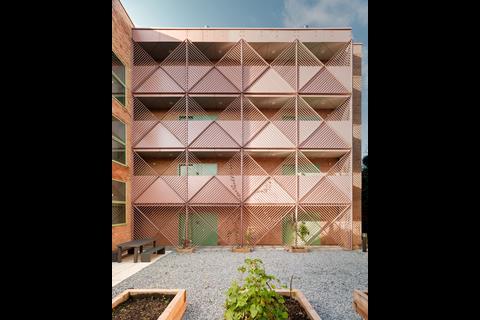 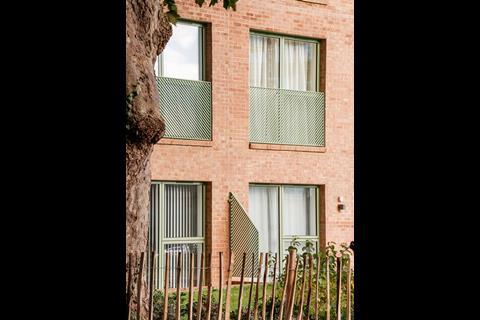 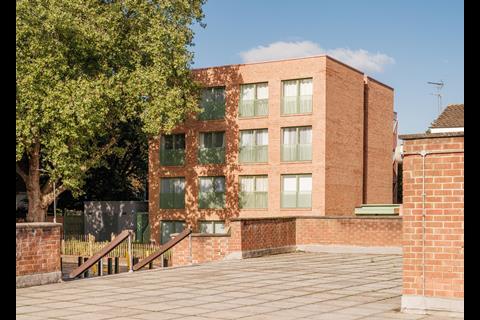 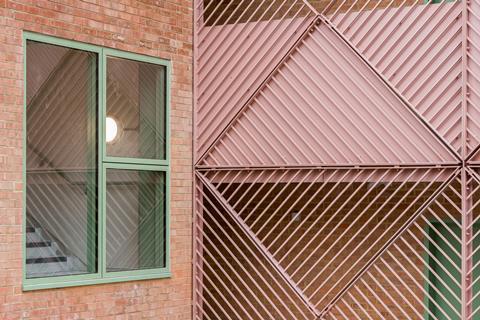 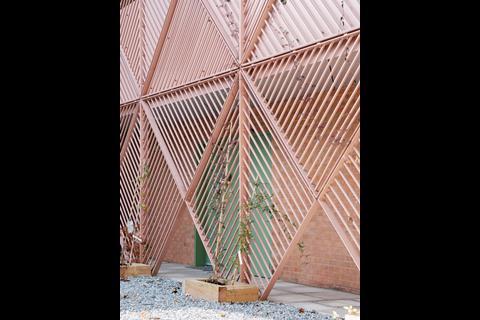 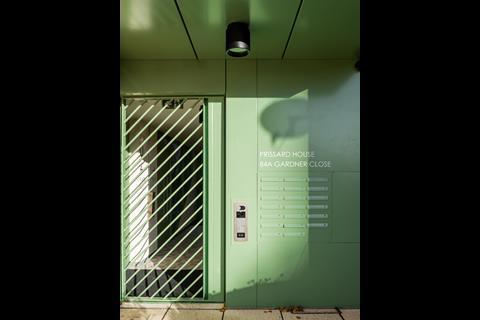 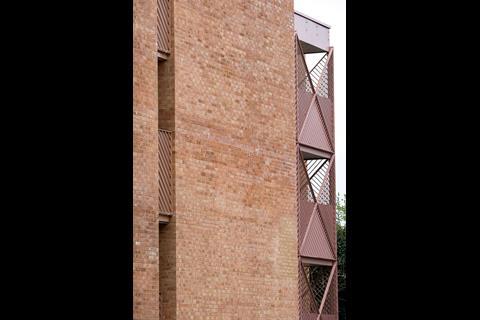 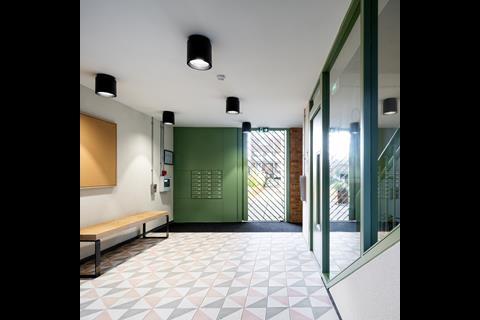 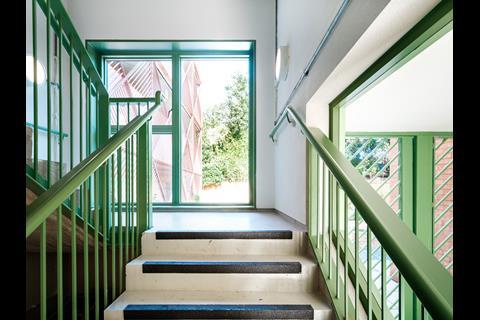 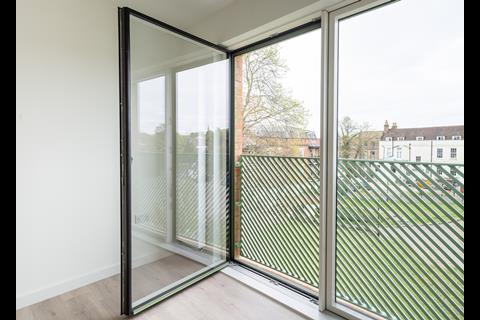 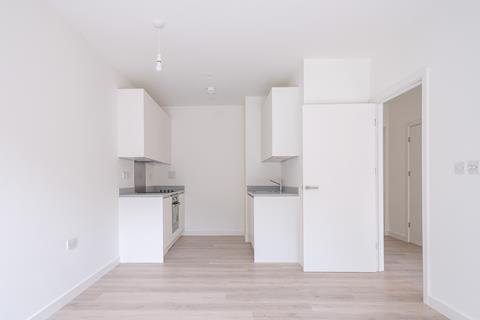 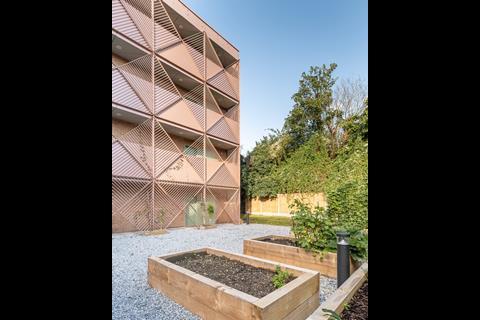 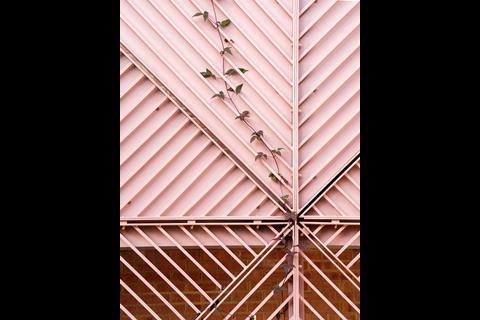 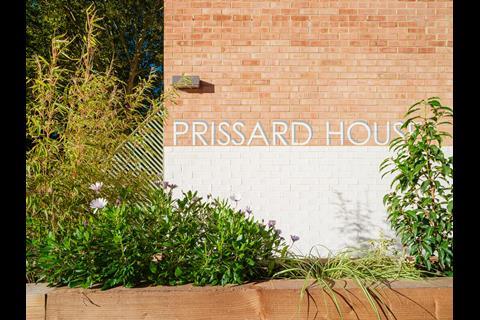 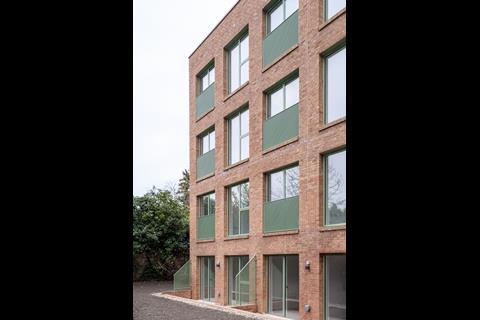 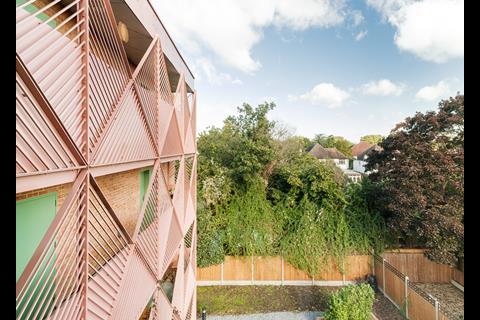 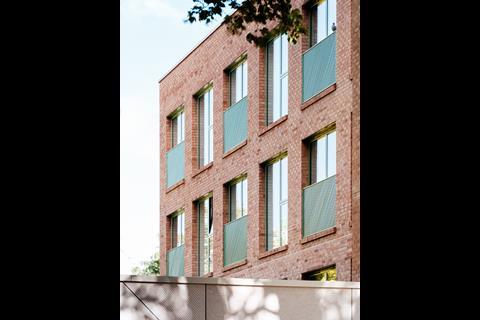 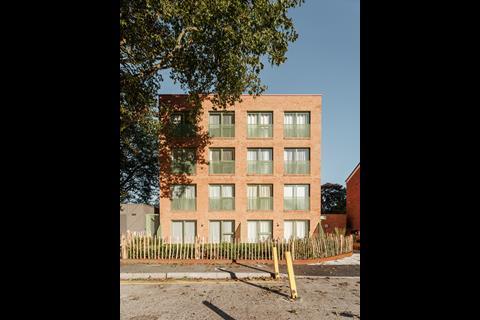 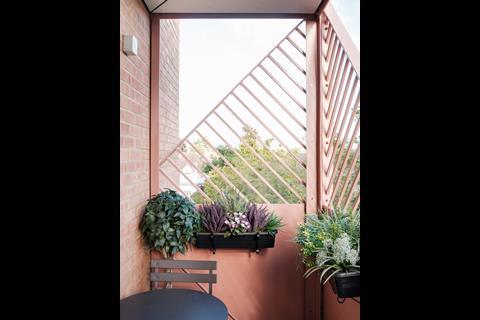