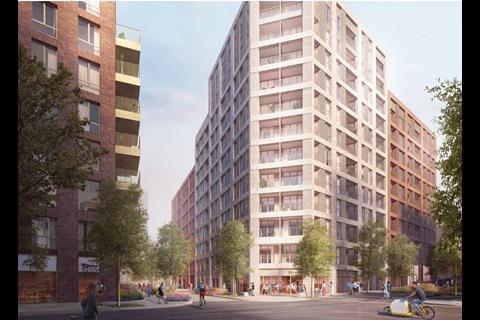 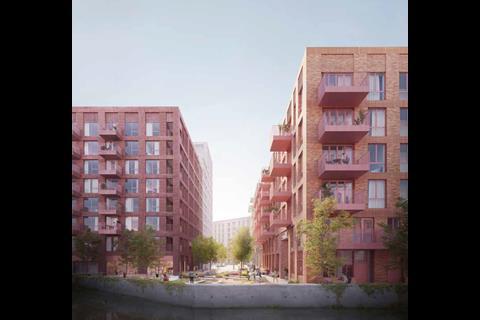 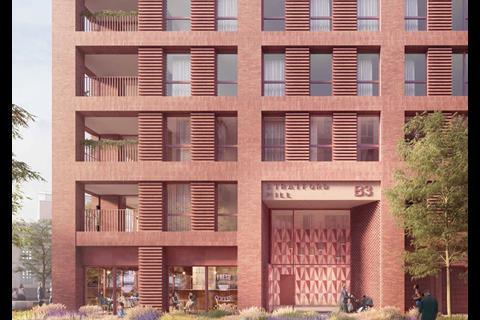 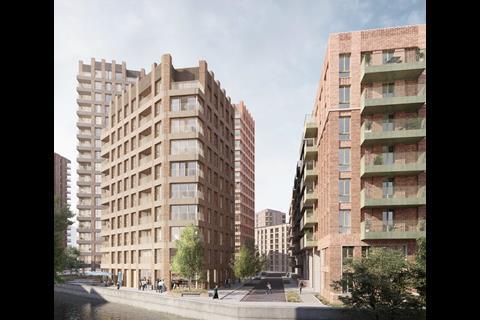 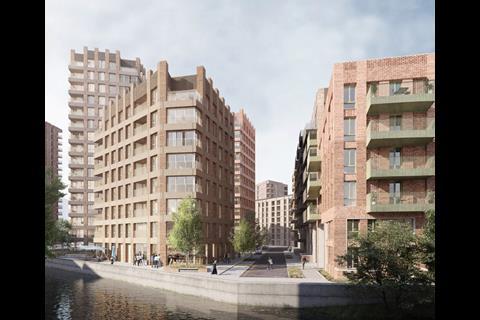 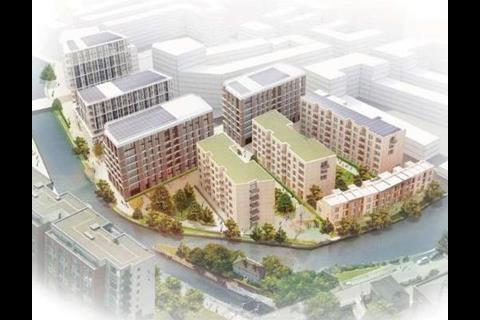 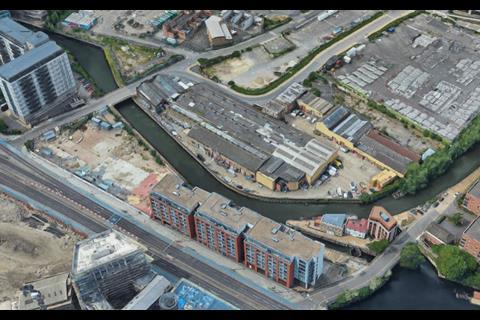 The London Legacy Development Corporation is set to give its backing to a Hawkins Brown-designed housing development on the site of a former industrial estate in east London – 16 months after a higher-density version of the scheme failed to win the backing of a planning inspector at appeal.

The practice’s latest Marshgate Business Centre proposals, drawn up for developer Anthology, would deliver 245 new homes in five blocks of up to 12 storeys, as well as 420sq m of commercial space at the site, which is a stone’s throw from Queen Elizabeth Olympic Park and fronts part of the Bow Back Rivers waterway network.

Squire & Partners originally designed proposals to redevelop Marshgate Business Centre. The first phase of its Stratford Mill scheme has now been built out. But Hawkins Brown was appointed to redesign the consented second phase of its scheme and submitted two proposals to LLDC in 2019: a 342-home version in four buildings of up to 18 storeys and a 16-storey variant with 276 new homes.

At the time, Anthology said both schemes would deliver significantly more affordable homes than the 19% offered by the Squires phase-two scheme. A planning statement supporting the applications said the bigger Hawkins Brown proposal would deliver 57% affordable housing by unit and the 16-storey version 29% by unit. 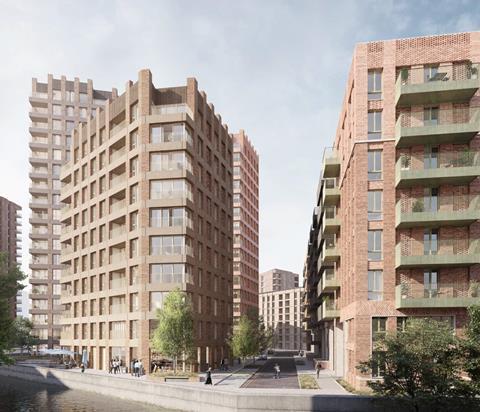 The 18-storey version of Hawkins Brown’s Stratford Mill proposals, which was rejected by LLDC in a decision that was upheld at appeal

However the LLDC’s planning applications committee issued a resolution to refuse the 342-home scheme that was upheld at appeal in December 2020. The 276-home scheme was withdrawn.

The latest incarnation of the scheme, which is recommended for approval at a meeting of the LLDC’s planning applications committee tonight, would be the same height as the approved Squire & Partners scheme at its tallest, but would include an additional 115 homes. A report to the meeting says the development would provide 35% affordable housing measured by habitable room, and 28% measured by unit.

Recommending the proposals for approval, subject to the backing of Mayor of London Sadiq Khan, LLDC planning officers said the revised Hawkins Brown scheme was the result of a “thorough design analysis of the site, its character and the surroundings”. 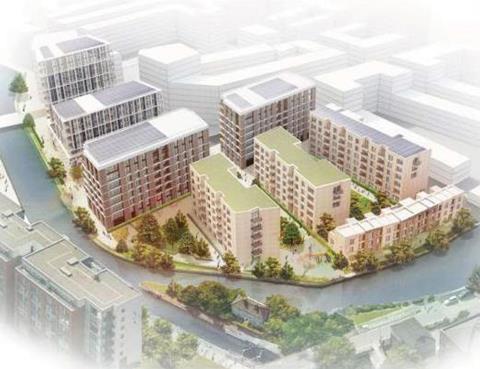 Officers noted the reduction in density compared with the appeal scheme, but said the 245-home proposals were considered to be “at the limit” of what could be accommodated on the site.

“The general form and layout is a relatively successful response to the site and surroundings and has the support of the Quality Review Panel,” they said.

“The form and layout of the development, including its density, is considered to be sensitive to its location and would sit well within the surrounding context including the approved outline Legacy Communities Scheme. 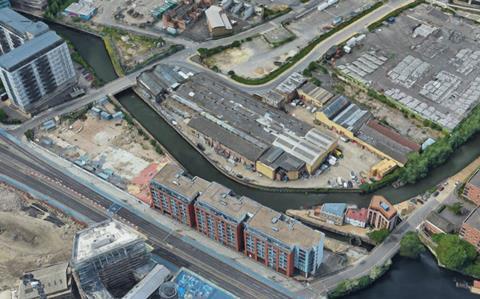 “Officers consider that the overall scale and height and the scheme’s architectural treatment and material selection have been well handled and are a suitable response to the context of the site and the adjacent and emerging developments.”

The LLDC’s planning applications committee meets at 6pm tonight to consider the proposal.