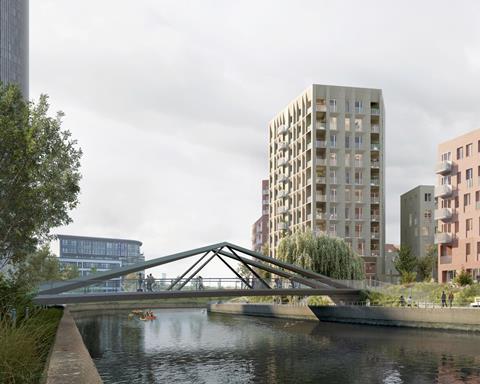 William Matthew Associates has been given the green light for a bridge in Queen Elizabeth Olympic Park.

The practice, which was nominated for the Stirling prize last year for its Tintagel Castle Footbridge, designed the single-span steel crossing for the London Legacy Development Corporation.

It will replace an existing bridge over the River Waterworks and will link Mikhail Riches’ 600-home Bridgewater Triangle development with the rest of Stratford. 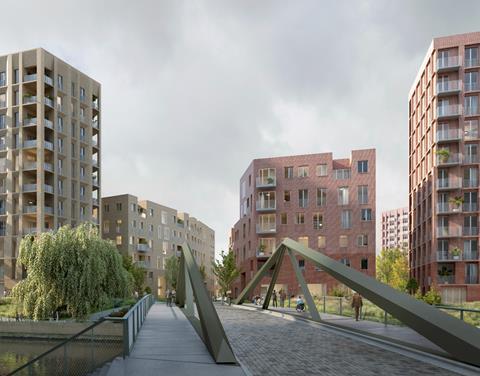 The crossing was commissioned by the London Legacy Development Corporation

Designed in partnership with Expedition Engineering, it features two 2.5m-wide walkways and a 5.5m lane for vehicles and cyclists between two triangular steel trusses.

The scheme will also see the reinstatement of a towpath running under the bridge, which was closed due to lack of headroom. 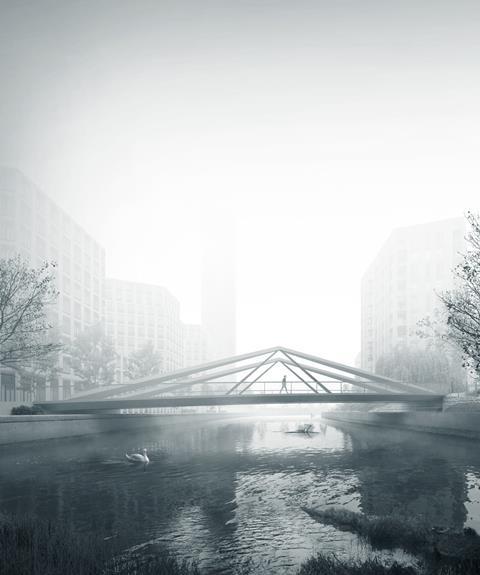 Alison Brooks was given the go ahead for two schemes at the park last week, a 35-storey residential towers and a 14-storey block on the same site. 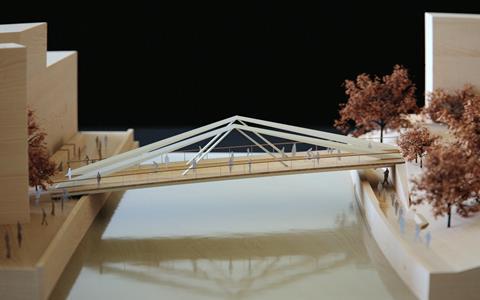