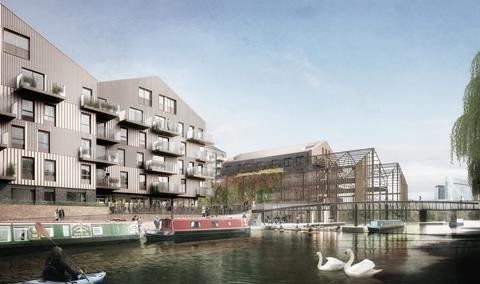 Grid Architects’ plans for a mixed-use development at Brentford Lock have been given the all clear.

The plans are the third phase of the scheme, which is being developed by Waterside Places – a joint venture between Muse and the Canal and Riverside Trust – have been given planning approval by Hounslow council.

Phase three will deliver 452 new homes, 187 of them “affordable”, alongside commercial and retail space, as well as a new public bridge.

The final and largest phase was won by Grid in a limited competition in 2017. 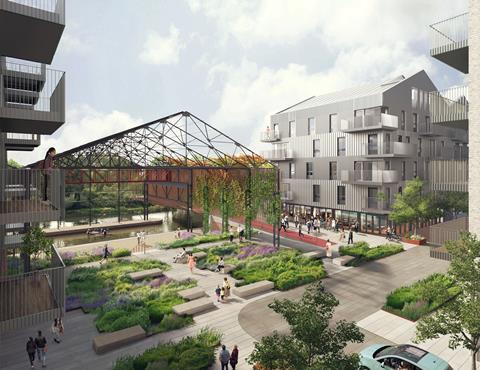 Colin Veitch, chairman of Grid Architects, said: “The buildings follow the same pattern as the previous phases, arranged around courtyards and lining the canal and take influence from traditional water-side architecture.

“We will celebrate the industrial heritage of the area, respecting the scale and maintaining the high quality design standards of the earlier phases.”

This is the last phase of the masterplan. The first two phases contained buildings designed by Duggan Morris, Karakusevic Carson, Mae and Mikhail Riches. 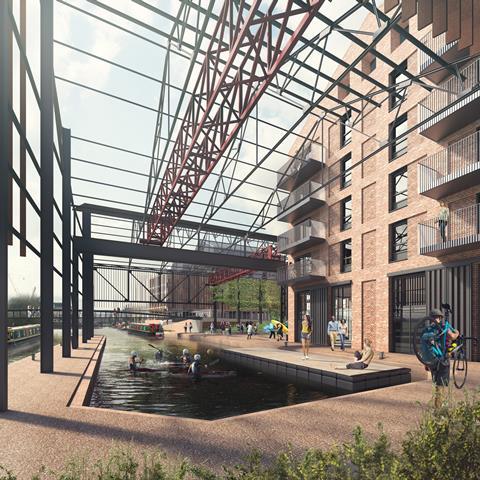 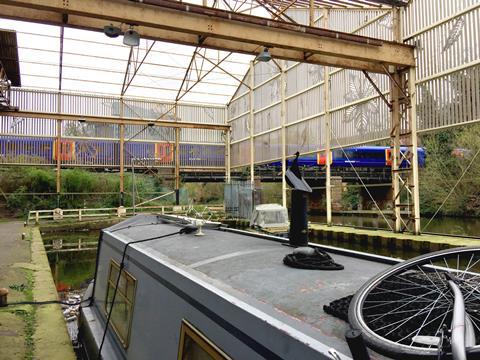