Work on £350m Birmingham scheme set to start next year 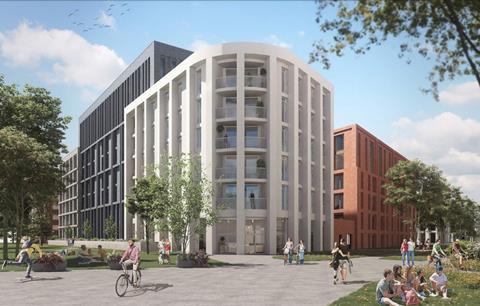 Proposals by Glancy Nicholls and Glenn Howells Architects for Birmingham’s 2022 Commonwealth Games athletes’ village have been given the green light.

City planners gave their backing to the £350m scheme which will be used by competitors and then later converted into a mixed-use development featuring more than 1,100 homes.

The scheme, which is located on the site of the former Birmingham City University in Perry Barr, will accommodate around 6,500 athletes and officials during the games.

After they are over, the development, which has been designed by a team led by local architects Glancy Nicholls and Glenn Howells, will include 1,146 homes as well as 268 extra-care apartments, more than 1,200sq m of commercial space along with a community centre. 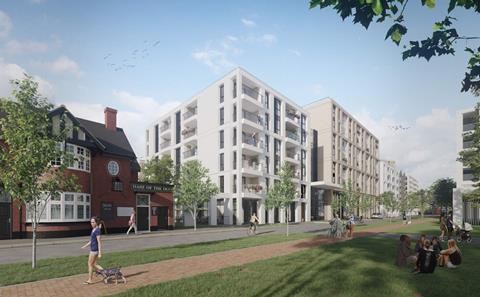 The site has been divided into 11 blocks ranging from two to 15 storeys.

Birmingham council leader Ian Ward said: “The regeneration of Perry Barr will be the most tangible and transformative legacy we achieve as a result of hosting the games.

“It shows the ‘can do’ attitude of the city council and its commitment to partnership working. By securing planning permission 364 days since the games were awarded to Birmingham, we’ve successfully completed work that would normally a take a host city three years to complete in just one.”

Construction is due to begin early next year.