Give cities a voice at UN to tackle climate change – Sennett

Cities should be given a voice at the United Nations because they tend to be more progressive than the nations that govern them, the urbanist Richard Sennett has said.

The move would speed up agreement on action to tackle urgent global issues like climate change, he argued at the Royal Academy this week. 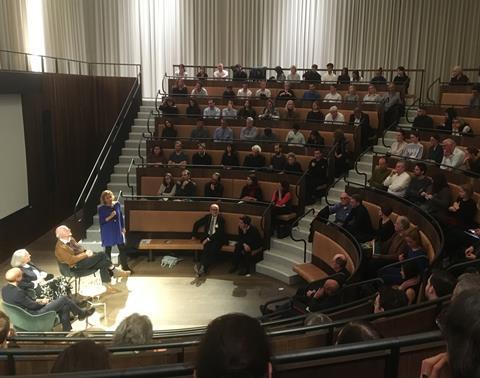 Sennett, who currently leads a project for the UN on urban climate change, said it was time to reform the 75-year-old organisation.

“Cities need a voice and that’s a concrete issue for us in an organisation that’s built around nation states,” he said.

He and his wife, the sociologist Saskia Sassen, were the speakers at the Royal Academy’s first annual “dialogue” in memory of the architect and academician Richard MacCormac on the ethics of the city.

“Cities don’t have a voice in the way the US, Brazil, Australia do,” he said. “Yet they have national governments which give lip service to climate issues and even declare climate emergencies and appoint committees to study them while things get worse and worse in cities.

“One of my aims is to give cities more presence and more [voice] about issues of climate change, particularly in countries that deny them that [voice]. It’s a particular focus for us with the US.”

He singled out the mayors of Paris and Sao Paolo for praise, remarking that the latter was doing good work tackling pollution and water shortages with no help from the Brazilian government.

“That’s where I’m thinking you give him some status,” said Sennett.

He suggested cities could be given something like independent league of nations or observer status – like the PLO – which would help them access the UN’s admittedly “scant” resources and give citizens fleeing climate disasters protection by UN soldiers.

“We need new kinds of international organisations and people at the UN know that,” he said. “We have a Second World War institution and we are dealing with a very different set of situations.”

Sennett also argued that the notion of adaptation – modifying cities to cope with climate change – was inherently unjust because it tended to disregard the poor.

>> Also read: Architects must learn to lead in the climate crisis

>> Also read: Architects are critical to adapting our cities to climate change

He cited Manhattan which was spending millions on a seawall to protect the financial district of Wall Street while “there are people living on the other shores of the Hudson and they are expected to adapt by moving”.

In the Sahel region in Africa desertification was set to create 60-85m climate refugees, he said. “The poor will simply have to migrate and ‘adapt’,” he said.

“We should be talking about ways in which poor people aren’t thrown on to the scrapheap of adaptation. We need to think about a different kind of ethics in which adaptation is something we resist because it’s infused with class characteristics.”