Details emerge of Fosters' tower earmarked for site opposite Shard

Details have begun to emerge of a Foster & Partners tower planned for a site directly opposite the Shard.

The 108m tall tower will replace a 1960s building called Colechurch House which, although in Southwark, is actually owned by the City of London Corporation and which last October signed a 150-year lease with investor CIT. 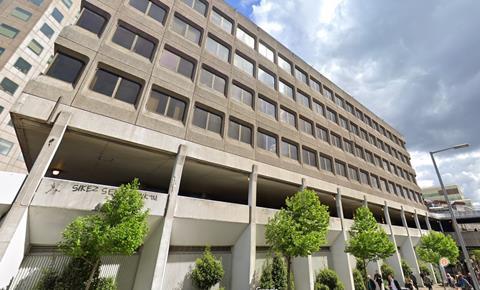 Images have not yet been released but are thought to be imminent.

Now Southwark council has received an application for an environmental impact assessment, scoping opinion for the proposed site which reveals new details of the project.

The mixed-use scheme will be split into four elements providing a total of 46,200 sqm of space, most of which will be for offices with some retail space.

A restaurant will be located on a corner plot on Borough High Street opposite London Bridge station, where Renzo Piano’s Shard is located.

A four-storey basement will be excavated to house a theatre, a bar, bicycle storage and affordable workspace while a large public realm area will be created at ground level.

The 5,400 sq m Colechurch House, which is next door to the station, is set to be demolished along with an existing footbridge.

When the scheme was announced last year, the City of London Corporation said it planned to keep the freehold of the site, which is jointly owned by the City and Southwark council.