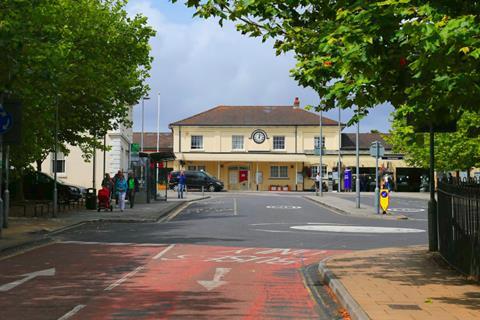 The competition seeks ideas to improve the design of Britain’s 2,000-plus small and medium stations which make up 80% of the network

Network Rail has launched an international design competition for ideas that will improve Britain’s 2,000 small and medium stations.

The designers of the winning concepts will leave a lasting legacy on the design of the 80% of stations that make up the network, said organisers.

The contest, run by RIBA Competitions, aims to stimulate creativity and address the changing character of society, they said.

Proposals can address how to adapt existing stations to handle more passengers, or new-build designs. Entrants are encouraged to aim for net zero emissions.

Across Britain, there are more than 2,000 small to medium stations which vary greatly in terms of design quality and amenities, said organisers.

“By improving the overall quality of stations, they can better serve their communities while accommodating potential enhancements to the existing and future passenger experience through good design,” they said.

The competition is open to individuals and teams from small and large organisations including architects, engineers and manufacturers.

It will be organised in three phases, with the first phase involving the anonymous submission of design proposals. Up to six entrants will be invited to phase two, each receiving an honorarium of £20,000.

Up to three finalists will then be invited to enter into a services contract to develop their design solutions further with a contract sum of up to £250,000 awarded to each.

Dewar said: ”Our ambition is to raise the quality of design across the whole rail network as well as responding to the evolving role of infrastructure within communities.”

Rail minister Chris Heaton-Harris added: “For two centuries the UK has been at the cutting edge of rail innovation and our forefathers enticed our towns and cities with some of the most iconic and beautiful stations in the world. Harnessing creativity and ambition through competitions like this will help us carry on that great spirit of design that delivers better journeys for passengers.”

The brief was informed by the findings of the Design Council’s Think Station Report on the design of future local railway stations.