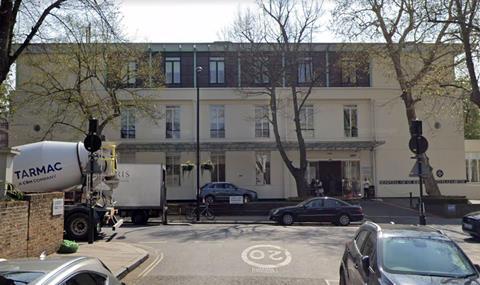 A private hospital is asking Westminster council to free it from a planning condition that requires its new theatre wing to achieve Breeam “Excellent” – after dropping the original architect.

The Hospital of St John and St Elizabeth, in St John’s Wood, won consent for an AWW-designed scheme in 2013 on the condition that the new facilities met the Breeam “Excellent” rating, which would have put it in the top 10% of non-domestic buildings for sustainability credentials.

But AWW was subsequently replaced by contractor J Coffey for the detailed design-and-build stages and the client is now struggling to meet its original commitment for the six-theatre block, which would be three storeys tall and replace temporary buildings at the north-east of the site.

The hospital is seeking permission from Westminster council to downgrade its Breeam rating to “Very Good”, which would merely place it in the top 25% of non-domestic buildings. 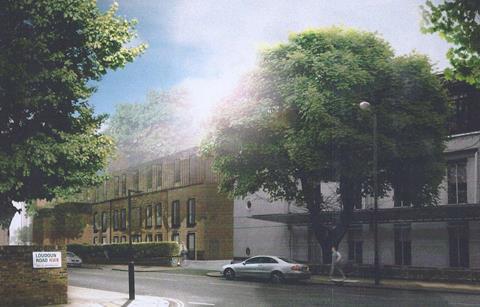 AWW’s proposal for the Hospital of St John and St Elizabeth,seen from Loudoun Road

In June the government committed the UK to becoming a zero-carbon economy by 2050 following advice from the independent Committee on Climate Change, and today architects are again expected to take part in climate strikes around the country.

Planning consultants working for the hospital said J Coffey’s design team had concluded it was “not practicable” to achieve the “Excellent” rating “given the historic nature of the site and the specific design parameters and requirements of the hospital”.

The hospital – which describes itself as the UK’s leading facility of its kind – submitted a report by consultants Etude to support its application to vary the Breeam “Excellent” condition tied to the consent. 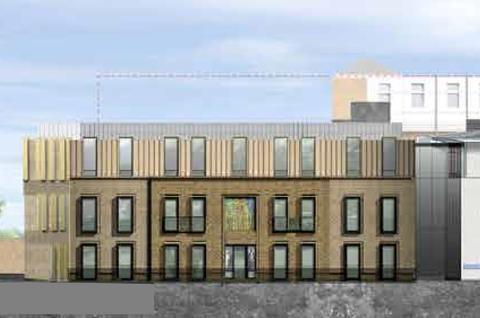 AWW’s proposal for the new theatre wing at the Hospital of St John and St Elizabeth, seen from Grove End Road

Etude said the loss of AWW, along with the building services engineer, the planning consultant, cost consultant and Breeam consultant, had removed early-stage information that could have contributed to a higher rating, and that “Very Good” was the highest now achievable.

“While the project team has made every effort to target as high a score as possible under Breeam, there are reasons outside of the team’s control that make this level of achievement unfeasible,” it said.

“These include: early-stage actions not being recorded and passed on by a previous project team; hospital-specific requirements not being compatible with Breeam; and project-specific contractual arrangements.”

The “Excellent” rating would have required an assessment score of 70% or higher on the Breeam criteria. Etude said its current projection was a score of 64%.

It said that Breeam credits relating to the early stages of the project – RIBA stages 1 and 2 – accounted for 8.5% of the total rating, but that it had not been possible to retrieve the necessary supporting documentation from the original project team.

“This is a significant proportion of any Breeam rating,” it said. 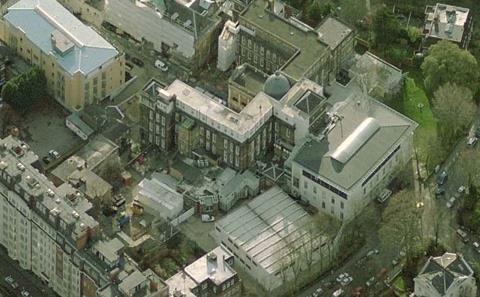 Aerial view of the hospital. The temporary facilities that the new theatre wing will replace are at the bottom.

Etude stopped short of blaming the switch of project team entirely for the need to downgrade the new development’s Breeam rating. It said hospital-specific requirements conflicting with Breeam – such as the need for 100% mechanical ventilation – contractual issues and “technical and procurement limitations” were also factors.

However it insisted the Breeam shortfall was “mainly due to factors outside of the control of the current project team”.

Westminster council is currently seeking public observations on the hospital’s application. It has set a target determination date of mid-November. 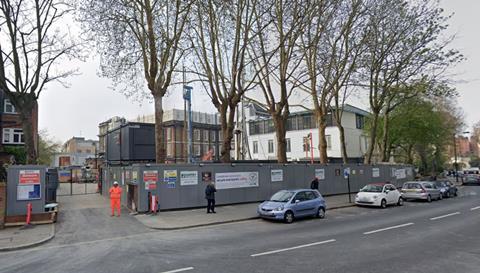