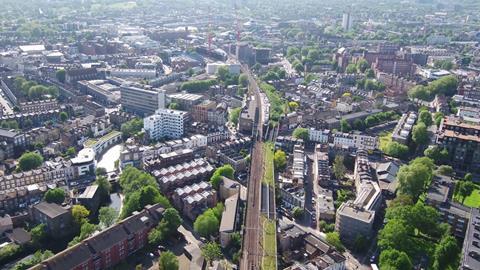 The park will open a 1.1km stretch of disused viaduct to pedestrians

Plans to transform a disused railway viaduct in Camden into a public park are moving ahead with the launch of an international competition to find a design team.

Five shortlisted teams will each be paid a £10,000 honorarium to submit designs for the park, which will reopen a 1.1km section of the North London Railway between Camden Town to King’s Cross to pedestrians.

Designs by Studio Weave and Architecture 00 were drawn up but a spokesperson for competition organiser Colander said these have been shelved in favour of a new competition.

Due to open from 2024, the Camden Highline will be London’s answer to Diller Scofidio & Renfro’s New York High Line, a 2.5km linear walkway built on a disused stretch of elevated railway line in Manhattan. 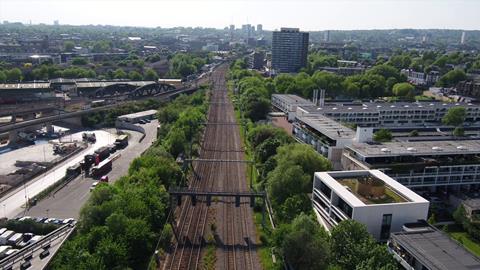 The park, which will run alongside an active railway, will incorporate disused platforms at Camden Road station and will include a number of access points along its route connecting it to road level.

A jury panel which includes Alison Brooks and designer Wayne Hemingway will judge entries to the two-stage competition, which is being held by built environment consultant Colander Associates on behalf of the Camden Highline Charity.

Other members include Camden Council urban design manager Ed Jarvis and Indy Johar, a design advocate to the Mayor of London.

A spokesperson for Colander said: “This is a very special project that needs an exceptional team both to design it and deliver it, one that balances design, community, nature and innovation alongside technical experience.” 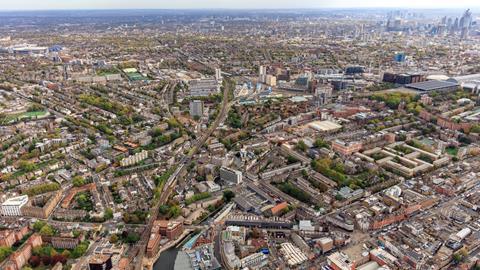 The linear park will run parallel to an active railway line

The spokesperson added that because of the nature of the project, submissions would be invited from “partnerships which include established and experienced organisations alongside emerging designers”.

First proposed in 2016, backers of the scheme raised £64,000 in a crowdfunding campaign in 2017 and secured an endorsement from London mayor Sadiq Khan.

The deadline for submissions for stage one of the competition is 7 October, with the five shortlisted teams in stage two being invited to tender and attend an interview with the jury panel.