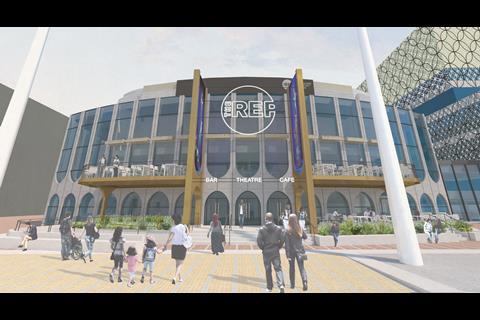 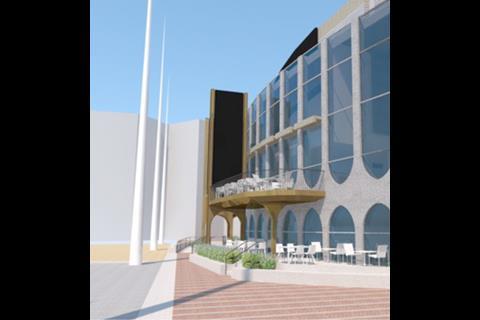 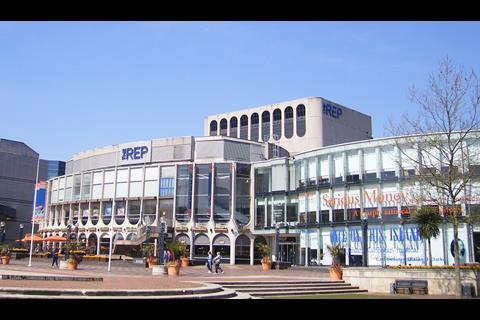 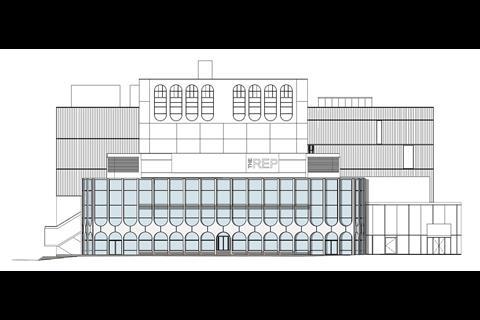 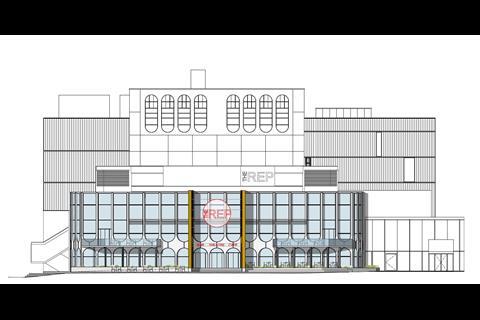 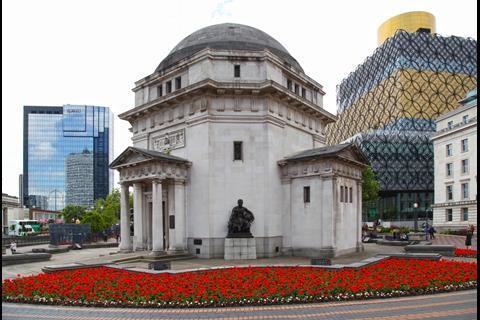 Birmingham's grade I-listed Hall of Memory, designed by S N Cooke and W N Twist and completed in 1925. Behind the memorial is Mecanoo's 2013 Library of Birmingham.

Controversial plans to give Birmingham Repertory Theatre a facelift are step closer to approval – despite the efforts of city council planning officers to block them.

Birmingham-based Apec Architects’ proposals for the Centenary Square theatre – known as the Rep – would see a new accessible entrance, a new first-floor balcony, and two LED advertising structures added to the building, which was completed in 1971.

City council planning officers recommended the proposals for refusal at a planning committee meeting last week. But members refused to support the recommendation – meaning that the proposal will return to a future meeting for approval.

Central-area planning manager Nick Jackson had argued that that although the city council supported Rep bosses’ motivation for improvements to the theatre, the scheme as submitted was unacceptable. 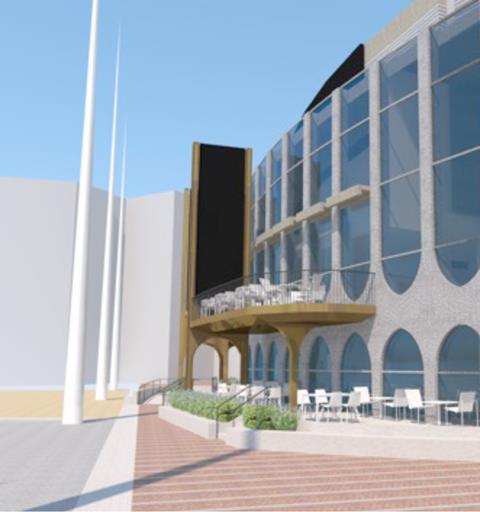 He said Apec’s proposals came at “too great a cost to the architectural appearance of the building and the setting of the heritage buildings within the vicinity”, including the city’s grade I-listed Hall of Memory.

“The proposed high-level LED advertisements, which will be visible in the same view as these buildings would significantly distract from the setting,” he said.

“In addition, we have gone to significant efforts in the past to de-clutter civic spaces and this could set an undesirable precedent.

“Inclusive access from the front of the building is supported. However there are other options that are less disruptive.” 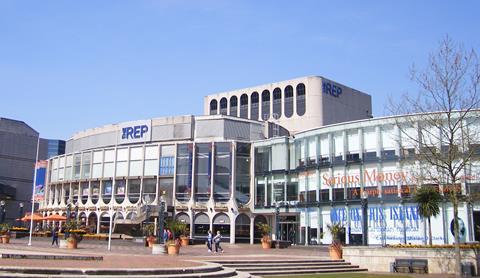 Rep executive director Rachel Thomas told the committee meeting that “undue weighting” had been placed on the heritage significance of the unlisted theatre and council officers had failed to reach a balanced judgement on the scheme.

She added that both Mecanoo’s Library of Birmingham and Make Architects’ nearby HSBC headquarters at the Arena Central development had been deemed acceptable in terms of their impact on the Hall of Memory.

Thomas said other options to improve the accessibility of the Rep’s ground floor had previously been recognised as impractical by the city council.

“The suggestion to lower the raised ground-floor level of the building is not viable,” she said.

“It is a large concrete slab which is integral to the structure of the building and it’s neither practical nor financially viable to remove it. Birmingham city council reached the same conclusion earlier.” 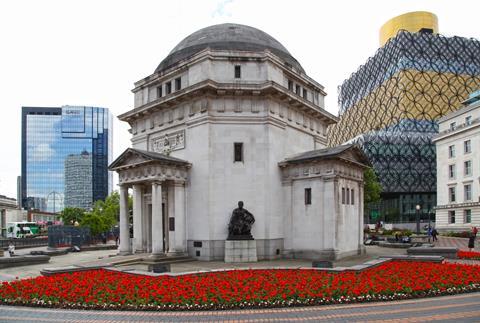 Birmingham’s grade I-listed Hall of Memory, designed by SN Cooke and WN Twist and completed in 1925. Behind the memorial is Mecanoo’s 2013 Library of Birmingham.