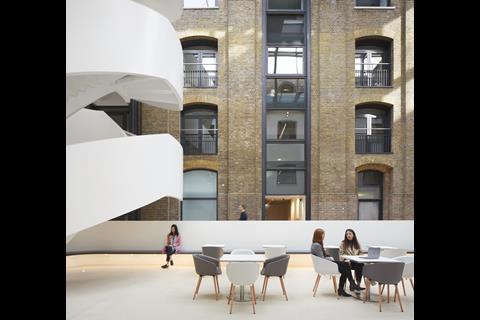 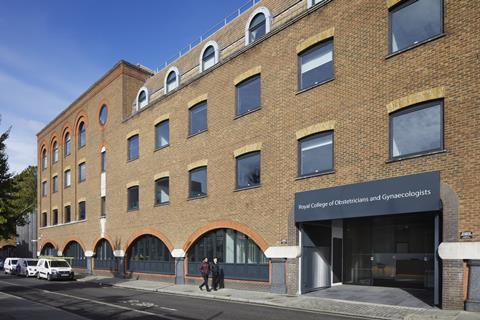 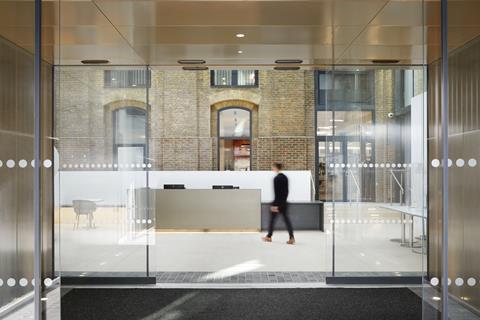 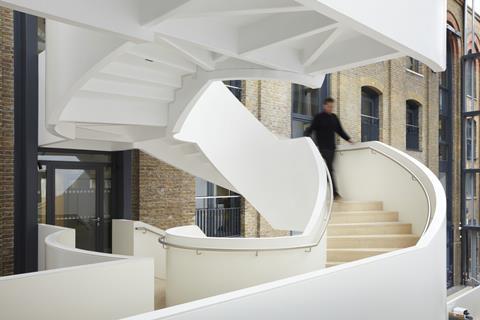 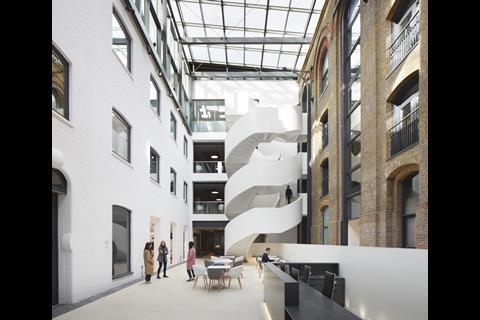 Bennetts Associates has completed work on a new building for the Royal College of Obstetricians and Gynaecologists in Southwark.

The college is relocating to 10 Union Street from an address in Regent’s Park with the Southwark site linking two buildings, a converted 19th-century hop warehouse and a 1980s office building, by creating a new atrium.

More than 200 staff will be billeted at the site which also includes conferencing facilities and a public café.

The four-storey glazed atrium covers the courtyard space between the two buildings and will increase levels of natural light throughout the building, particularly in the central meeting area below.

All pictures by Jack Hobhouse