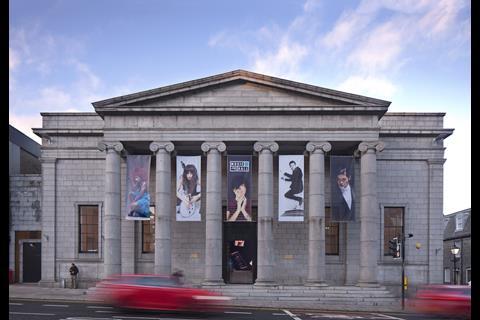 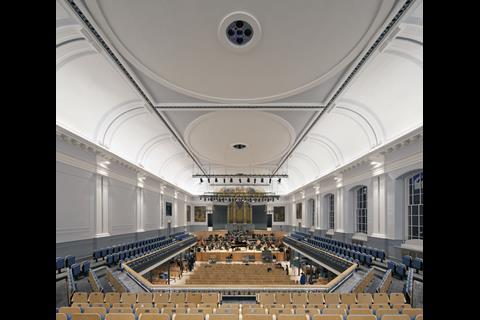 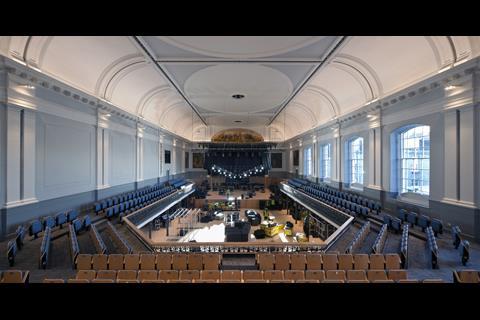 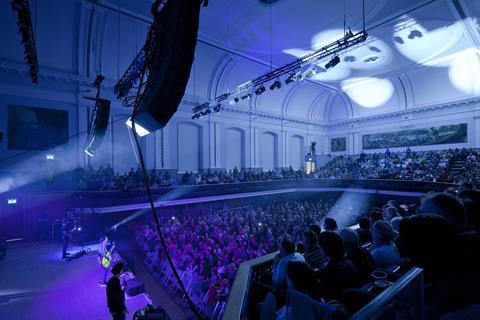 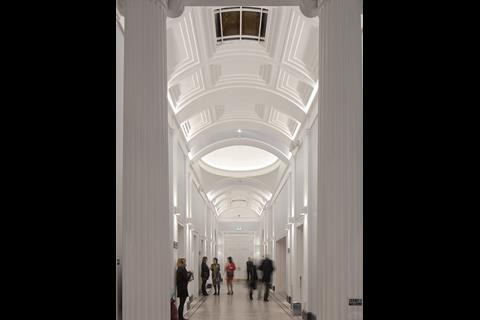 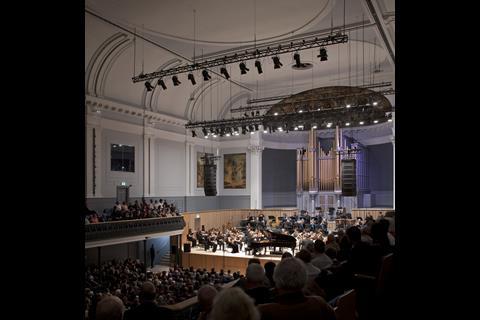 A 190-year-old performing arts venue in Scotland has reopened to the public after a £9m refurbishment programme led by BDP.

Category A-listed Aberdeen Music Hall was closed from August 2016 until last month for upgrade work that has reconfigured existing rooms to create additional public space and new performance areas at the 1,300-capacity venue.

The project, for Aberdeen Performing Arts, also included redecoration and the introduction of architectural lighting to complement the building’s listed interiors. 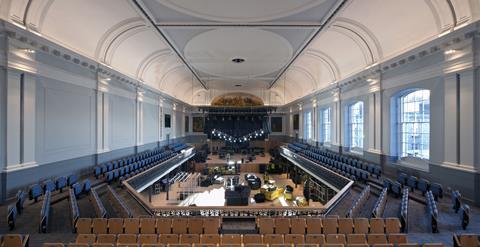 BDP architecture director Bruce Kennedy said the rejuvenated venue was the result of a five-year collaboration with the client. 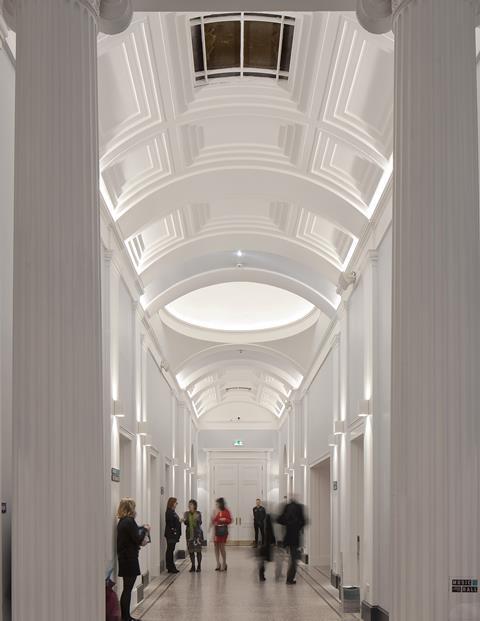 “We identified a series of radical interventions that unlocked a strategic redesign of spaces and circulation, transforming the way people move through and use the building, opening it up to become accessible and inclusive both physically and culturally,” he said.

“Sensitively conserved heritage has been enhanced by our architectural lighting specialists, while the contemporary design of new elements and spaces mirrors the civic quality of the restored historic interiors. We are delighted that our response to the client’s brief has breathed new life into this renowned historic concert hall.”

Designed by Archibald Smith and completed in 1822, Aberdeen Music Hall was the city’s Assembly Rooms for the first three decades of its life. It has hosted performances ranging from readings by Charles Dickens to the music of David Bowie, Led Zeppelin and Morrissey.