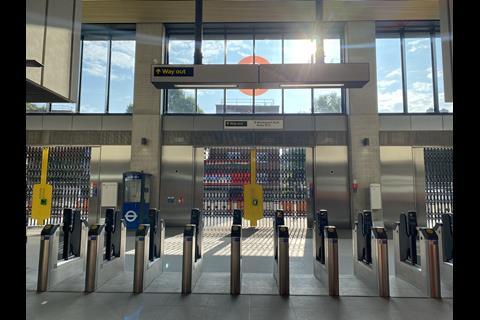 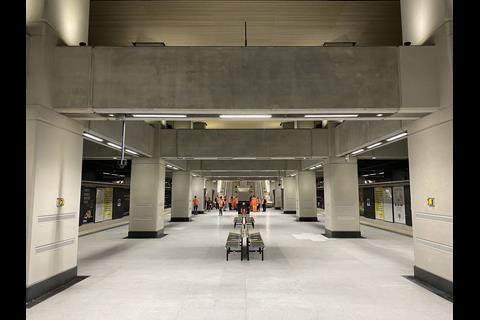 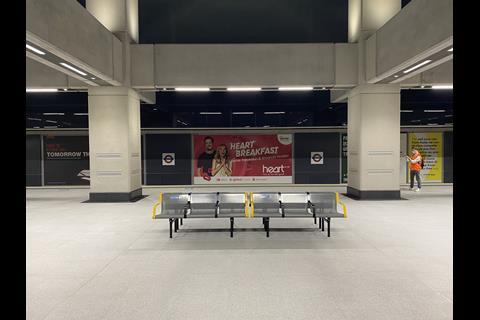 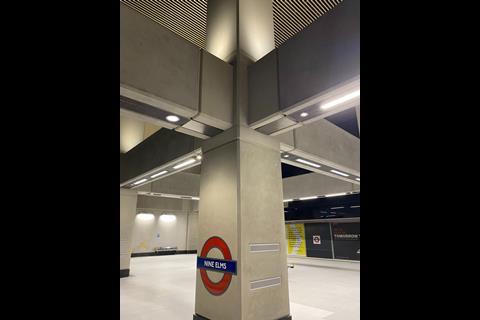 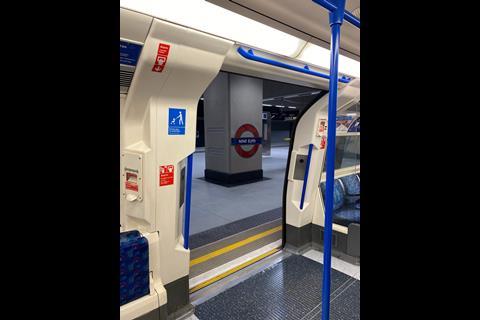 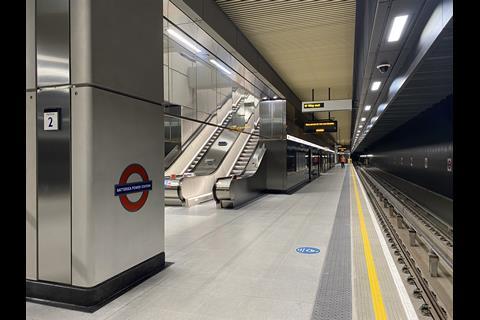 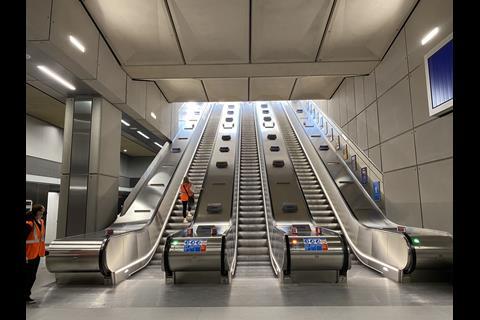 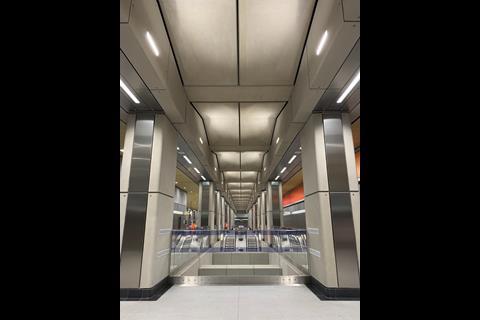 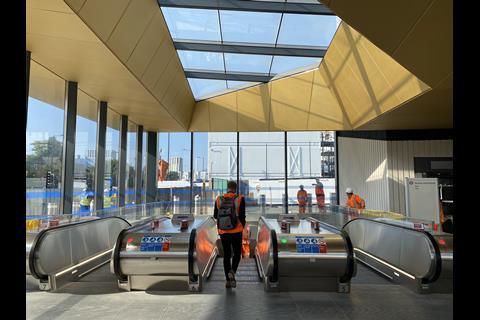 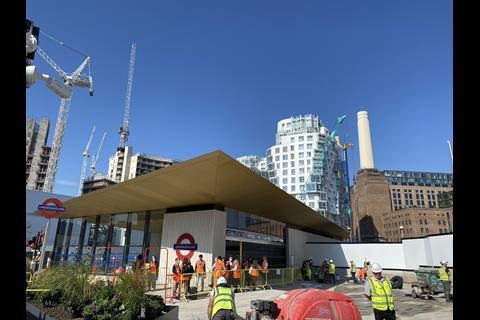 The first expansion of the London Underground network this century opened to passengers at 5.30am this morning.

The extension was built to provide better travel connections to two of London’s largest redevelopment areas, which include the transformation of the grade II*-listed Battersea Power Station into housing.

Residents will now be connected to the West End, the City and both north and south London by tube for the first time.

The two new stations take design cues from other major modern tube upgrades, the Jubilee Line extension and the redevelopment of Westminster station, with huge underground volumes supported by concrete columns. One Grimshaw architect told Building that the aim was to create airy spaces with a feeling of drama.

The new tunnels, which required 20,000 tunnel rings, started construction in March 2017 before breaking through to Kennington station during a three-day blockade over the Christmas period at the end of the year.

More than 700 barges carrying 850,000 tonnes of mud and spoil from the excavation were shipped from Battersea to Tilbury during the six years of construction.

Despite working through the pandemic, the line has hit its target date - helped by the fact that the main civil engineering work had been completed before the start of the first lockdown.

Around 1,000 people were on site during the peak of the works, although this was dramatically reduced to just 100 when social distancing rules were introduced.

The skeleton team, which was required to stay on site for maintenance and security reasons, was then slowly built up to around 400 to complete the remaining MEP and fit-out work across 24-hour shift patterns.

Project manager Michael Eddleston said the experience had taught the team how productivity could be maintained with less staff.

He said: “Essentially it’s really understanding how planning is the critical point, so [teams] could work with all the subcontractors, determining where they were working that week, that would then highlight the clashes so we could move people into other areas that were not so busy.

“It was that sort of micro planning that really helped us drive efficiencies and keep productivity high.”

Eddleston added that remote meetings on Microsoft Teams also became more efficient because staff would no longer have to gather in a single room, resulting in administrative tasks like insurance documentation being sped up.

Asked how the project compared to Crossrail, which has suffered from multiple delays and budget overruns, Eddleston said the Northern Line Extension had less challenges in terms of signalling.

“Crossrail has had a lot more difficulties because you are merging three signalling systems to work together whereas at the NLE we just tapped into the existing signalling system and extended it which is a lot less complicated.”

The extension was initially going to connect to the Victoria Line via nearby Vauxhall station.

These plans were scrapped to prevent too much pressure on the already busy Vauxhall station, with the tunnels linking up to the Northern Line instead.

It means that Kennington station is now at the centre of four converging branches of the Northern Line, but Eddleston said it was unlikely that it would be expanded in the near future.

Instead, four new cross-passages have been built at platform level to allow passengers to change trains.

Eddleston said the next big tube upgrade is more likely to be at Elephant & Castle, although this has been mostly funded privately.