The finalists in the Wilcox Road Gateway competition have been announced by the London Festival of Architecture and Lambeth council.

The contest sought ideas from architects and artists to improve the public realm of a local shopping street leading to the new Nine Elms Tube station.

Wilcox Road was the location of the eponymous laundry in My Beautiful Launderette, the 1985 film by Hanif Kureishi and Stephen Frears starring Daniel Day Lewis.

The judges, chaired by LFA director Rosa Rogina, said each shortlisted team offered a unique response to the brief, demonstrating ambition and emphasising the importance of local community engagement when tackling our city’s public spaces.

The proposals capitalise on the proximity of the new Tube station and seek to strengthen links, connectivity and wayfinding, particularly the east-west link into Nine Elms and through to South Lambeth Road via Arch 42, the site of a previous competition.

Anny Stephanou is a Cypriot-born, London-based architect, and has been working for practices in London since graduating in 2015 and qualifying in 2018. She trained at the Architectural Association. Her professional experience spans various RIBA stages, with emphasis on design, coordination and early stages of construction, on large developments around London. Beyond practice, she is interested in the act of drawing as a process of discovery and collaboration.

Anna Muzychak has been working in architectural practice and teaching in London since graduating from the Architectural Association in 2015. She founded her own design practice, Ania Chak Studio, in 2019 to work on residential and commercial projects in eastern Europe and London. Prior to that, she worked for Ben Adams Architects on commercial and mixed-use projects. Anna is co-unit master of Diploma 21 and studio master in the first year programme at the AA.

Patricia Mato-Mora is an artist, craftswoman and fabricator specialising in clay, earth and ceramics. She has taken part in artist residencies worldwide, including the European Ceramic Workcentre and Konstfack University for Arts, Crafts and Design. Her work has been exhibited internationally, including the Joan Miro Museum and Christie’s, and published widely. She has been an architectural and digital consultant for renowned architects and artists. 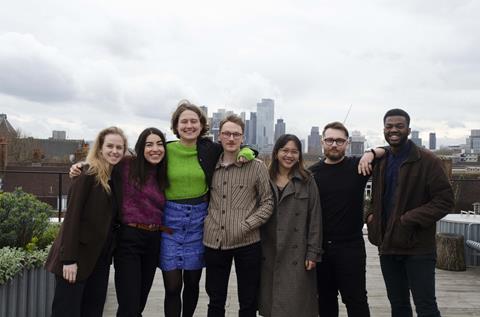 Embed is a collective of students from the LSA - Jake Obichere, Jonathan Boon, Adara Wicaksono, Alexandra Totoianu, Dominika Pilch, Jevgenija Tocilina and Mikolaj Strug, mentored by Clive Sall from Carson Sall Architects. Their core belief is that people, their stories, and rituals should lie at the centre of making our cities and public spaces. 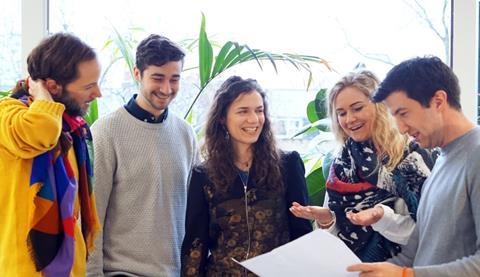 Most Architecture, UrbanGrowth and Remakery

Most Architecture with Urban Growth and The Remakery

A Lambeth-based collaboration between Most Architecture, Urban Growth and The Remakery has come together through their shared interest in design for sustainable public space. Founded by Olga McMurdo five years ago, Most Architecture has quickly grown its Kennington studio through a diverse portfolio of projects. Urban Growth is expert at developing public gardens and landscape proposals through open community consultation, and The Remakery is a creative organiser and facilitator for the re-use of recycled materials in a wide variety of projects. 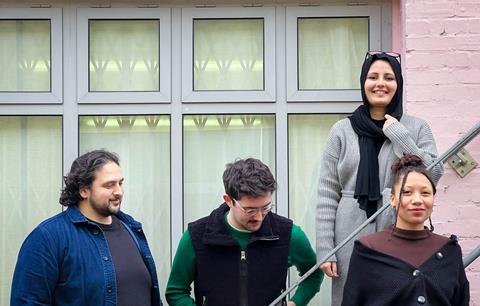 Nooma Studio is an award-winning interdisciplinary practice of architects and creatives with a heartfelt connection to London. We are here to problem solve and create joyful spaces which support human thriving and wellbeing. We create accessible, people-led spaces through investigation, engagement, design, delivery and post occupancy support. Nooma is founded on diversity and our membership is formed of Londoners from non-traditional backgrounds. It is a member of the LHC’s Ojeu-compliant Architecture and Design Services framework. 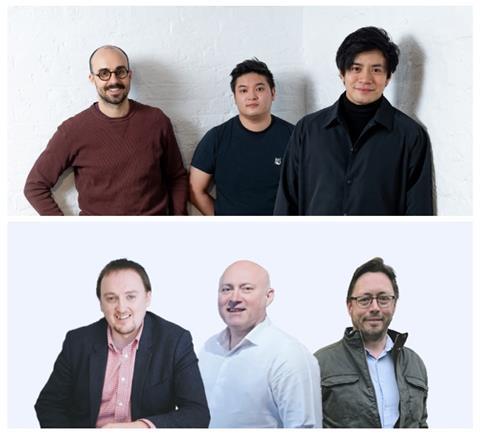 Ten Tectons is a multiple-disciplinary collective with works ranging from architecture to product design. Formed by three architects (Eric Wong, Marcin Chmura, and Michael Quach) who met during their time at Bartlett. The three have been exploring design and narrative, which has led to an accumulation of awards since graduating.

EH Smith is celebrating its centenary year throughout 2022. From humble beginnings in 1920s Birmingham and 1930s London, the business has now grown to be one of the largest independently owned building materials distributors in the UK and is still owned by the family that founded it. They work with architects, contractors, developers and specifiers across the industry to support the delivery of high-quality products to create high-quality buildings.