Scheme was heavily opposed by locals 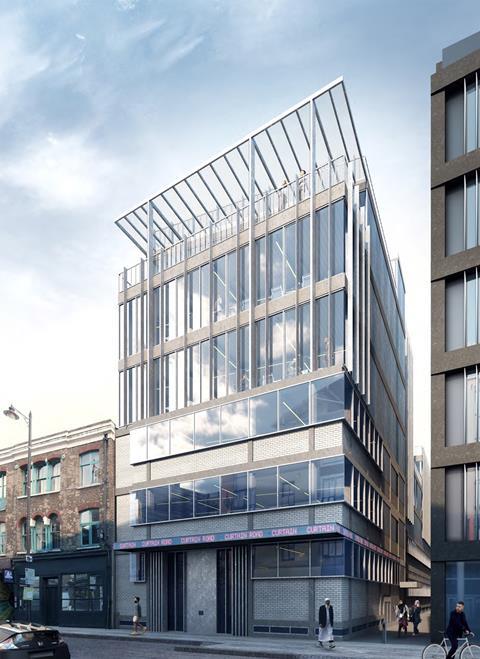 A project designed by David Adjaye for a site just a block from his successful Rivington Place gallery in Shoreditch has been given the go-ahead despite a ferocious local campaign to block the scheme.

Adjaye was appointed in 2015 to develop proposals to turn a derelict post-war warehouse at 118 Curtain Road into offices by adding three storeys.

Planning consultant CMA Planning confirmed the scheme had been given the all clear by the council earlier this week, saying it had "overcome noise concerns raised by neighbours" including Strongroom Studios founder Richard Boote.

But the developer Curtain Road Properties must meet stringent conditions which include not breaching an agreed low sound level during building work.

The developer cannot start any building work until they prove they can build within the low sound level and satisfy Hackney and affected businesses of this.

The scheme was granted planning despite the fact that Boote launched a petition that attracted more than 6,000 signatures to halt the project.

Boote says vibrations from the construction work would make recording impossible. This would threaten the future of his business and the others that have grown up around it, he claimed. The six-storey building would also throw a courtyard garden used by his related pub business into the shade, he said.

“Rising rents and redevelopments of this kind are pushing creative industries out of Shoreditch. Strongroom has fought hard to push back against this trend of gentrification and strive to keep our studio and amenity spaces inviting and affordable for creative companies,” he said.

Boote founded Strongroom Studios next door to the site of Adjaye's scheme in a former zip factory in 1984 and says his early investment helped transform the area. The likes of Bjork and Depeche Mode have recorded there.