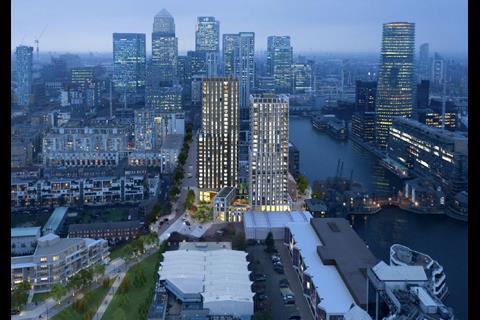 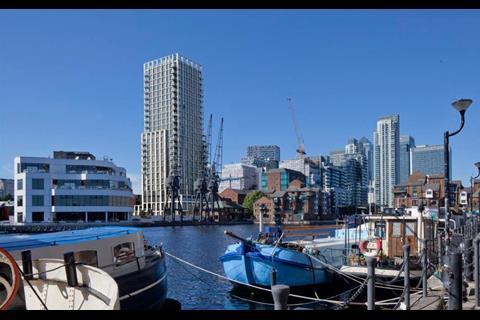 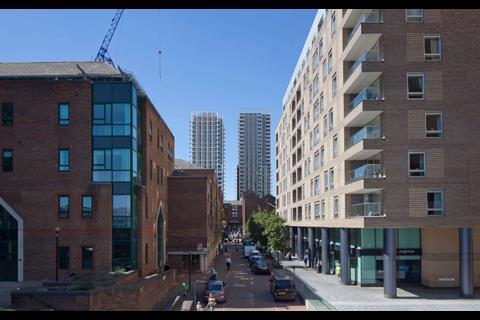 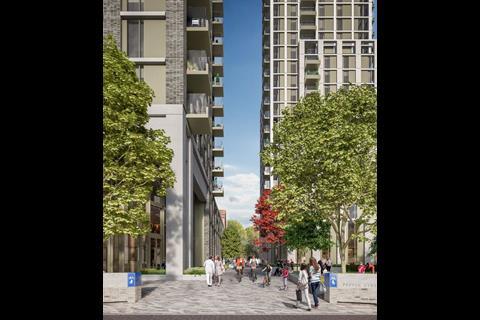 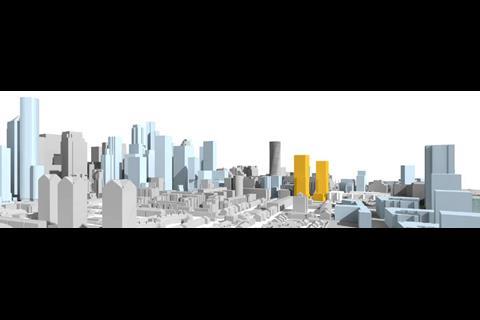 Massing of 3DReid's Millharbour scheme, seen in context from the west 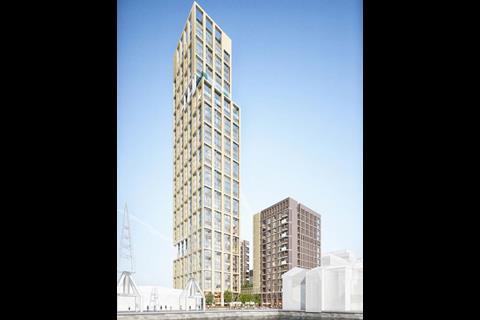 3DReid-designed propoasls for a twin-towers development near Canary Wharf in east London have been given the go-ahead by a planning inspector – overturning the decision of Tower Hamlets councillors.

The 30- and 26-storey scheme, earmarked for a site at Millharbour, will deliver 319 homes and around 1,700sq m of non-residential floorspace on a 0.65ha site currently occupied by low-rise office and retail buildings.

It was created for developer Meadow Residential after earlier, taller proposals by O’Mahony Pike and Metropolitan Workshop were abandoned for viability reasons.

Members of Tower Hamlets’ Strategic Development Committee went against planning officers’ advice to refuse the 3DReid scheme just over a year ago. 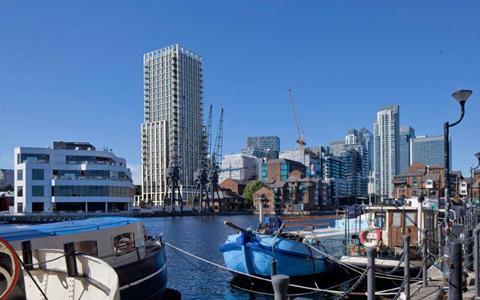 Council planning officers had said they considered the scheme to be a high-quality design that would deliver 30% affordable housing, when measured by habitable room - though this element of the scheme has a rocky history. But they accepted that when viewed from particular locations the scheme meant that building heights would not “systematically step down” from the much taller structures at Canary Wharf.

Overturning councillors’ refusal of the proposals after a six-day inquiry in October, planning inspector Paul Jackson praised 3DReid’s “high quality of architectural design”, said he did not believe the “stepping-down” issue was problematic, and pointed to the additional homes the scheme would provide. He said the scheme would deliver 16% affordable housing when measured by unit, while its non-residential uses – which include a nursery – would enhance the street scene and provide useful services. 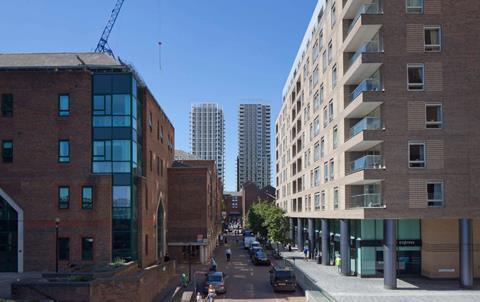 View of 3DReid’s Millharbour scheme, as seen from the Crossharbour DLR station

“The height, scale and massing of the towers, which would have a distinctly residential appearance, would not conflict with the overall need to appear to step down from much higher buildings at Canary Wharf, as required by relevant current and emerging policies,” he said.

“While representing a considerable change from the four-storey buildings currently on the site, the development would not significantly detract from the living conditions of nearby occupiers.

“The towers would form a variation in the skyline behind the Pepper St Ontiod and Davenport House in nearby views that would not significantly detract from the descending progression in height that is an important characteristic of existing schemes along the west side of the Upper Millwall Dock.

“No harm would be caused to important heritage interests at the Maritime Greenwich and Tower of London World Heritage Sites.”

He concluded: “These considerations along with the lack of harm to the character and appearance of the area and the contribution to economic and social aims of the development plan, in what is an area designated for significant growth, indicate that the development should be granted planning permission.”

A third scheme – Unit Architects’ 559-home redevelopment of the Sainsbury’s supermarket site in Whitechapel – is slated to be determined by the secretary of state for housing, communities and local government next year, following another planning inquiry this autumn. 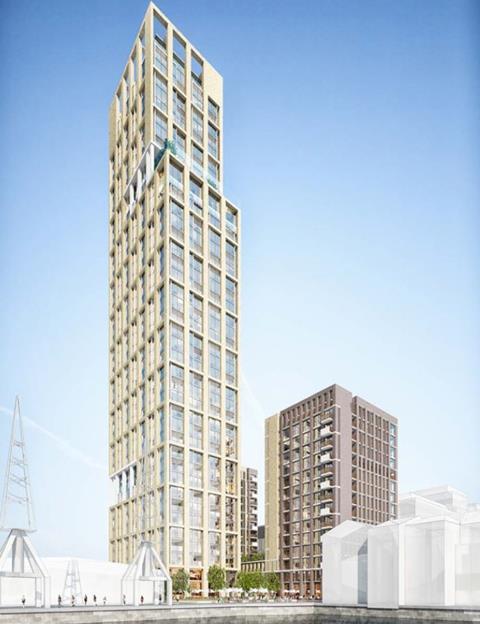