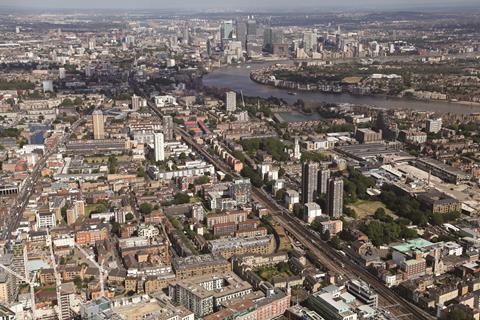 Mayor of London Sadiq Khan announced the 29 groups that will make up the new London Development Panel in an effort to speed up housebuilding on public land.

Public bodies will be able to work with the panel (LDP), which is made up of developers, housing associations and contractors, in order to accelerate housing on their own sites.

Laing O’Rourke, Morgan Sindall, Lendlease, U&I and Berkeley are among the organisations to land spots on the panel, which expired in 2017.

It is expected the panel will be used to procure and bring forward up to £20bn worth of development land over the next four years.

TfL is set to use the LDP to bring forward three car park sites in the London Borough of Harrow (Canons Park, Rayners Lane and Stanmore), and will deliver 100% affordable housing within these developments.

City Hall has also purchased a large part of the site of St Ann’s Hospital in Haringey from the NHS. Plans for the site are being developed with the local council and local community, and this site is expected to be put through the LDP for a residential development with at least 50% “genuinely” affordable housing.

Enfield council is also planning to use the new LDP to bring forward Meridian One. This site is part of the 10,000-home Meridian Water development and will deliver up to 725 homes along with 25,000sq ft of commercial space and leisure facilities.

City Hall is working closely with the council to deliver 35% affordable housing across the entire £6bn Meridian Water development.

“We have long been advocates of public-private partnerships as a means of releasing sites for development while ensuring that assets are retained in public ownership.”

The panel is due to expire on August 8, 2022 but has the potential to be extended for an additional year.