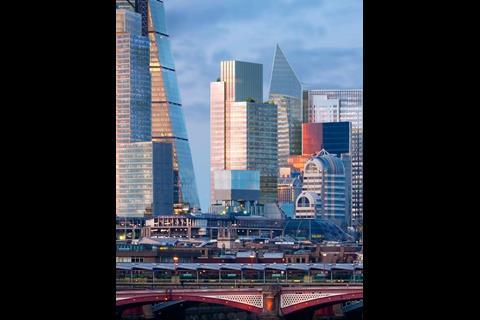 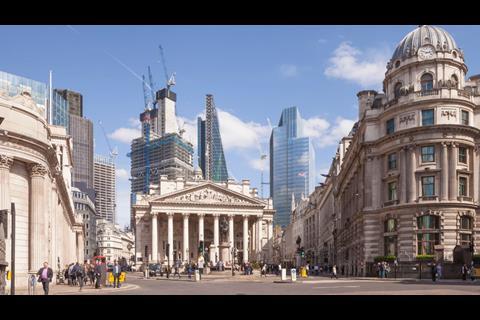 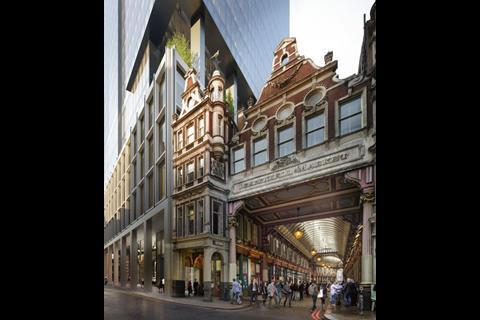 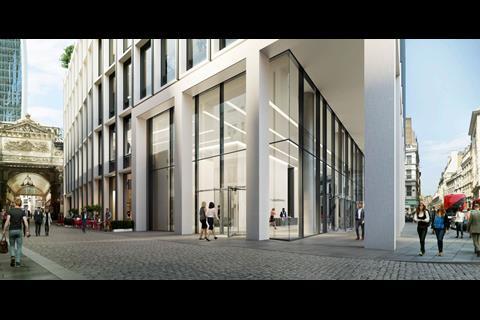 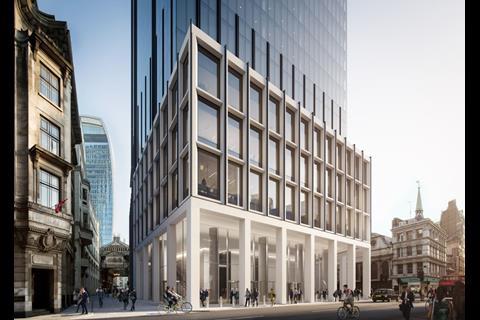 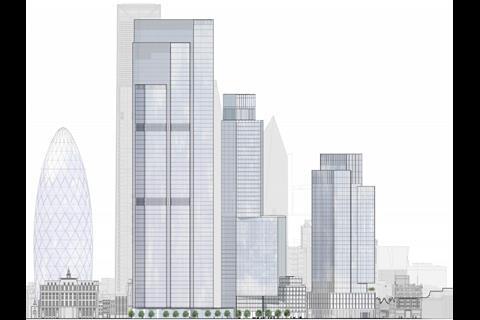 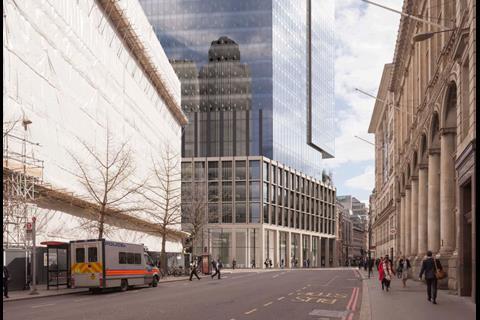 Ken Shuttleworth’s Make Architects has submitted revised plans for its 1 Leadenhall tower in the City of London.

It won planning permission for a 36-storey scheme designed for developer Brookfield last year, and subsequently secured non-material amendments to the scheme earlier this year.

But a new planning application lodged last week with the City shrinks the building’s height by around six metres and reduces the amount of proposed retail floorspace at the same time as increasing the space allocated to office and ancillary uses. It also raises the consented public viewing gallery to the fourth floor, which Make said would offer better views of nearby grade II*-listed Leadenhall Market and Richard Rogers’ grade I-listed Lloyds Building. 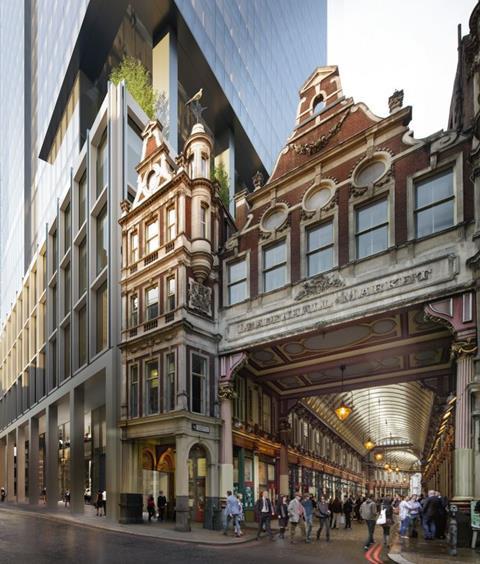 Documents supporting the application said the massing changes to the building meant it was now formed from “a series of overlapping vertical volumes” in a way that assisted the “overall viability of the scheme”, with the improved internal space-planning arrangements for the office element.

The latest plans deliver 50,368sq m of office space, measured by gross internal area, up from 48,511 in the earlier scheme, while the quantity of retail space drops from 4,187sq m to 775. 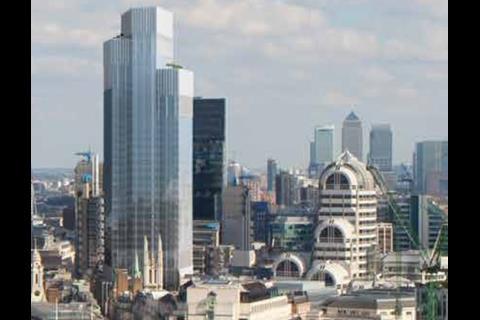 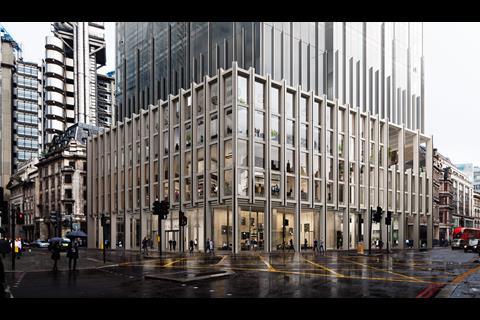 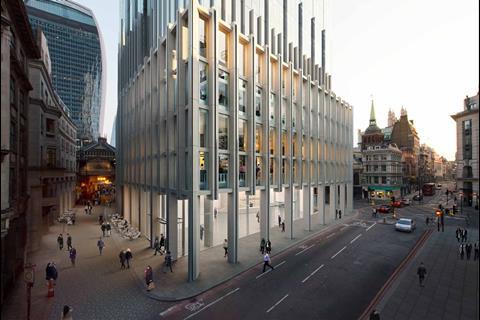 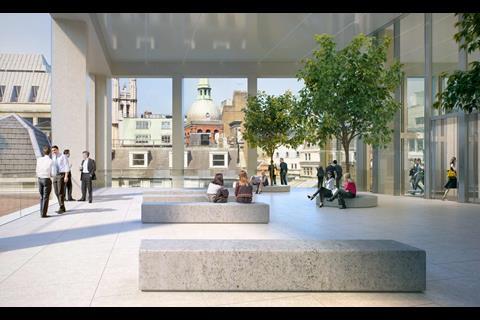 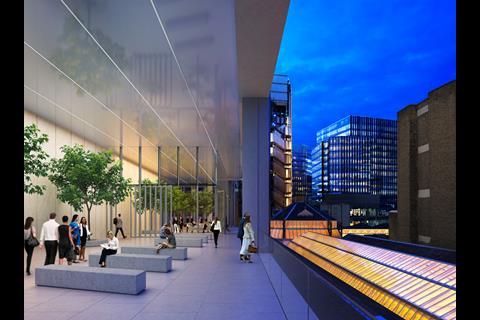 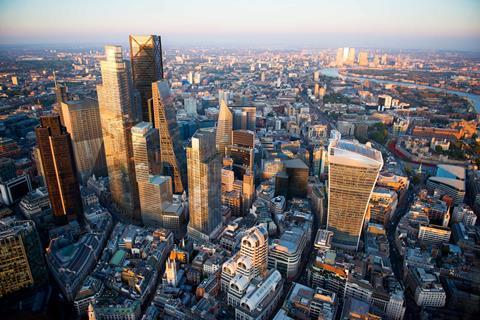 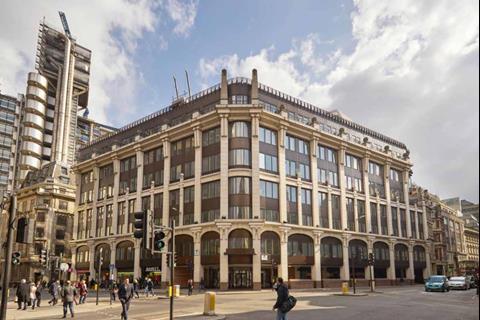 The Victorian Society objected to the application because of the building’s impact on the neighbouring market building, the grade I-listed St Peter’s Cornhill, as well as on two conservation areas

The City of London expects to determine the new proposals by the end of November. 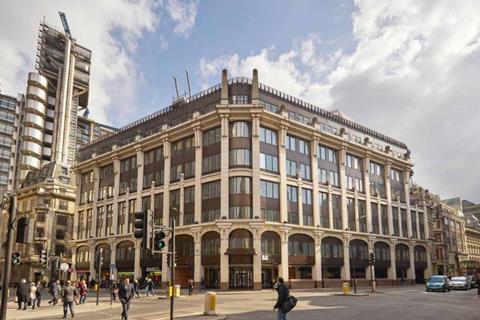