Clear Architects’ scheme to turn a 100-year-old cinema in east London into a mixed-use development has been given planning.

Waltham Forest council gave the green light to proposals for a new cinema, flats and retail at the site of the Highams Park Electric Theatre which closed in 1971 having first opened back in 1911.

It was renamed the Regal in 1928 and is considered to be a superior example of an art deco cinema.

Independent firm Rio Cinema, which operates a venue in Dalston, also in east London, is partner on the scheme.

The scheme includes 30 flats with work on site set to start early next year and complete in 2020. 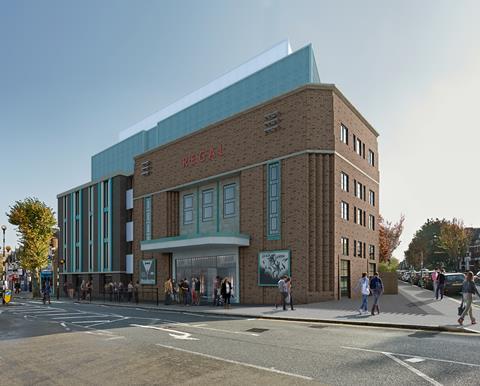