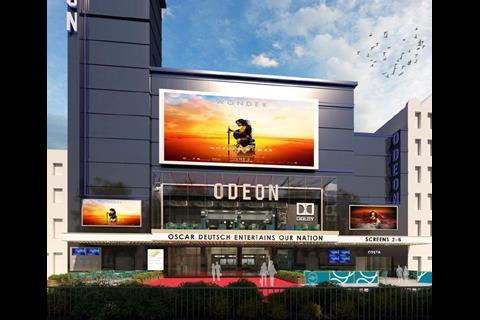 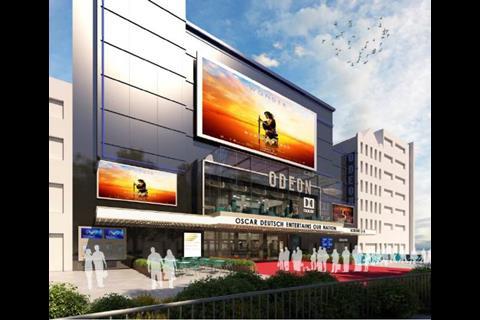 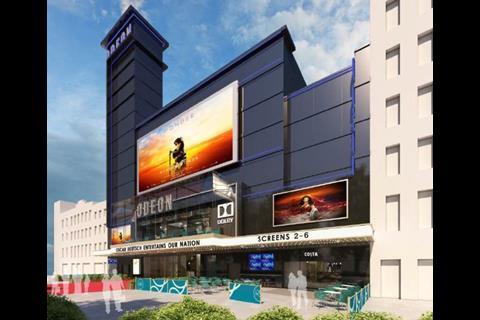 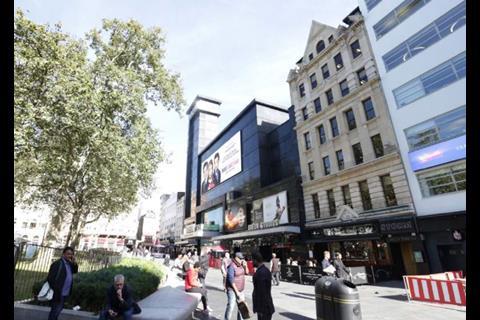 The Art Deco Odeon Leicester Square, designed by Harry Weedon. It opened in 1937

Ellis Williams Architects’ proposals to give a facelift to the Odeon cinema chain’s flagship Leicester Square theatre have been cleared by Westminster council.

Under the scheme, the art deco building would get a structural glass first-floor extension to its lobby bar providing an additional 40sq m of space with views out over the square.

The cinema’s canopy would also be replaced, with its successor emblazoned with the illuminated words “Oscar Deutsch Entertains Our Nation”, in a historical to reference to the slogan used by the Odeon chain’s Brummie founder, Oscar Deutsch.

Inside the cinema, a new internal glazed lift would be created in addition to other alterations.

Ellis Williams said the Odeon’s external advertising and signage would be “refined” with the paper billboard being removed – in a move the practice said would reduce the need for regular maintenance access from the space where the glazed-box bar expansion would be.

“With just one digital billboard each side of the glazed element, the building will present a more legible and balanced façade,” it said. “Furthermore the number of TV-sized digital posters will be reduced.”

The practice’s concept designs for the facelift show a new large digital screen above the bar extension. Its design and access statement said advertising details would be the subject of a separate application.

Recommending the plans for councillors’ approval, Westminster planning officers said no objections had been received to the proposals, and that the Westminster Society actively supported them as an “important improvement” to the streetscape.

“The scheme reduces the amount of dead frontage and brings the various entrances and their signage into an order that complements the refurbished ground floor foyer,” they said.

“Internally, the works create a single ground floor foyer for the main auditorium with a lift and escalators providing access to the first floor circle foyer.

“The new extension is a simple glass box structure which will create a connection between the cinema and the square, with views out across the square from the circle foyer and views back to the activity in the cinema from the square.”

They concluded: “Overall, the proposals are welcomed as they are considered to preserve and enhance the character of the existing building as well as the character and appearance of the Leicester Square Conservation Area.” 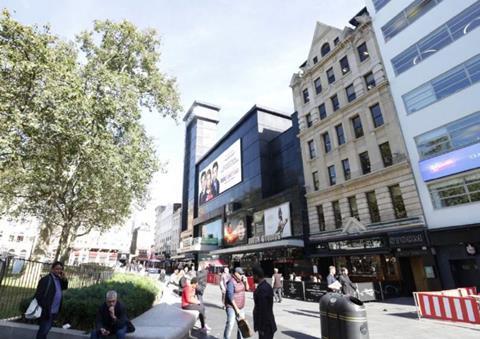 The art deco Odeon Leicester Square, designed by Harry Weedon. It opened in 1937