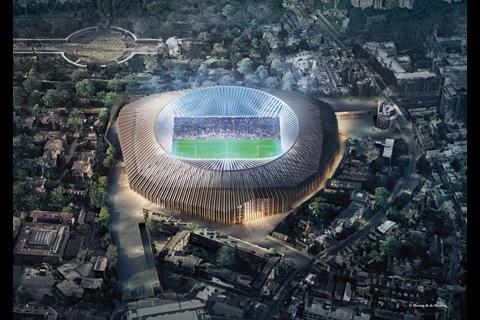 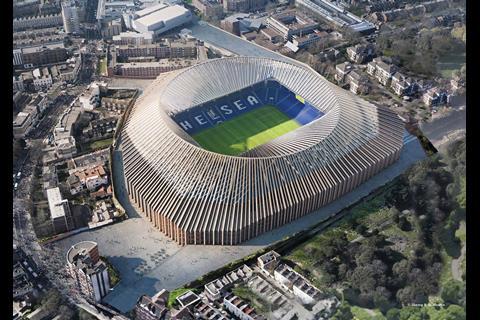 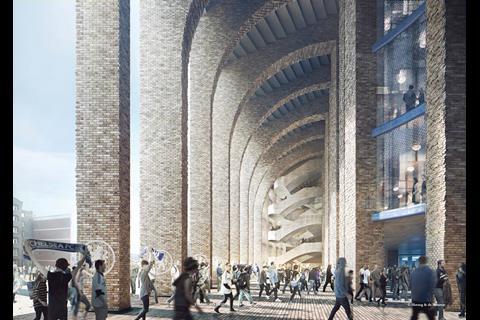 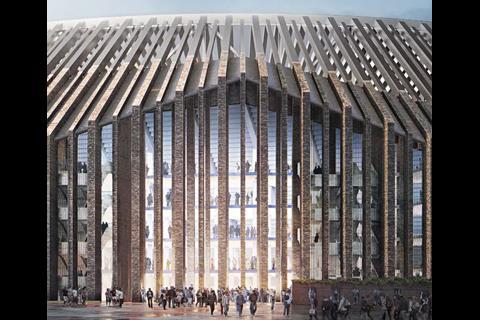 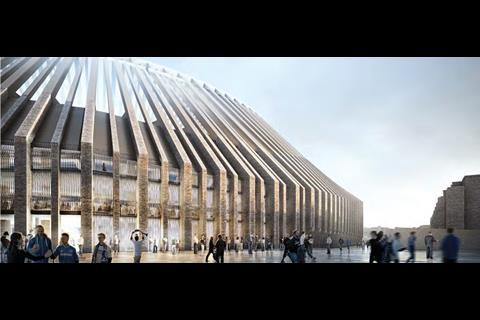 An application for a judicial review of Hammersmith & Fulham council’s approval of Chelsea Football Club’s £500m redevelopment of Stamford Bridge in west London has been thrown out.

The planning permission to create a new 60,000 seat stadium, designed by Swiss architect Herzog & de Meuron, was challenged mainly on the alleged shortcomings in the treatment of air quality in the officer’s report and the environmental statement, according to lawyers instructed by Hammersmith & Fulham Council.

Cornerstone Barristers added that High Court judge Mrs Justice Andrews refused permission to proceed with the claim on the basis that none of the grounds had any chance of success.

She also applied a ruling so that the claimant, who has not been named, could not request the decision be reconsidered at an oral hearing, the law firm said.

In May, consultant Aecom on behalf of the football club applied to Hammersmith & Fulham council to make non-material amendments to the wording of the planning permission to address some of the grounds for the judicial review application.

A report from planning officer John Sanchez last month confirmed that the council’s approval of the planning application was “subject of an application for judicial review”.

“While the council does not accept the claims made by the claimant in that judicial review in their entirety, the current application for nonmaterial amendments to the existing planning permission is intended to address some of the grounds identified by the claimant,” the report added.

The council approved the redevelopment of Stamford Bridge in January. It was then rubber-stamped by the mayor of London, Sadiq Khan, at the end of March.

Prior to planning approval, BD’s sister title Building revealed last summer that Chelsea had been reprimanded by planners for failing to provide adequate detail on the protection of bats in nearby grade I-listed Brompton Cemetery.

Chelsea subsequently proposed restricted lighting, noise-muffling hoardings and site talks for builders on what to do if they encounter bats as some of the measures to protect the area’s endangered mammals.

The big-spending Premier League club, owned by Russian billionaire Roman Abramovich and which has so far splashed out close to £150m on players this summer, had wanted to start work by now with completion of the new stadium by summer 2021. The team is expected to play its home games at Wembley stadium while work is carried out.

Other members of the project team include Arcadis as cost manager, WSP and Schlaich Bergermann providing engineering services, while WSP is also providing transport consultancy and Aecom is the strategic planner. The scheme’s “gothic skin” facade is being engineered by Eckersley O’Callaghan.