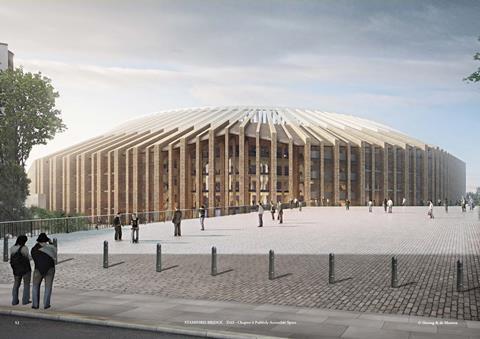 It was taken out by a neighbouring family, the Crosthwaites, who said the stadium’s expansion, which has been designed by Herzog & de Meuron with Lifschutz Davidson Sandilands, to a 60,000-seater would block light into their home.

At a meeting on Monday, the council agreed to acquire land at Stamford Bridge meaning the injunction is void as the family cannot take the council to the High Court.

The stadium was granted planning permission one year ago and has already been been signed off by London mayor Sadiq Khan.

Last night’s decision means the council can take responsibility for the land in question at Chelsea’s instruction and lease it back to the club, ensuring it is not subject to legal challenge.

The family has no legal right to challenge the council on this issue but could ask for a judicial review.

The project team on the scheme includes Arcadis as cost manager, WSP and Schlaich Bergermann providing engineering services, while WSP is also providing transport consultancy and Aecom is the strategic planner. The scheme’s “gothic skin” facade is being engineered by Eckersley O’Callaghan. 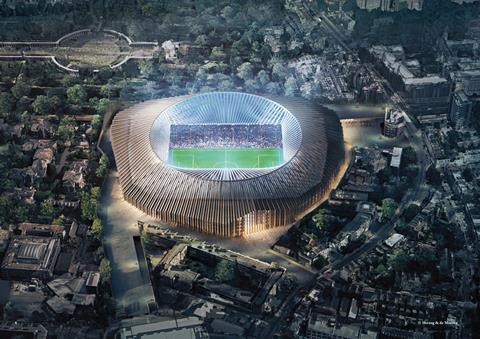