Grenfell lessons may not be learnt, warns ex-RIBA president 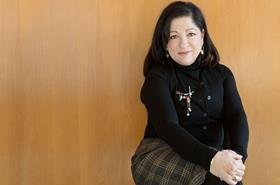 The UK construction industry is in danger of failing to learn from the Grenfell Tower disaster and a similar tragedy could happen at any time, according to RIBA ex-president Jane Duncan.

Speaking at a building regulations and fire safety conference hosted by BD’s sister magazine Building last week, Duncan (pictured) – who was RIBA president at the time of the Grenfell fire in which 72 people died – said she was “not convinced” that the findings and recommendations of Dame Judith Hackitt’s review would prevent a repeat of the disaster in west London nearly a year ago.

While the Hackitt review, due out at the end of this month, “could come up with some very good suggestions” Duncan said she didn’t think the industry was in any position to say there will never be another Grenfell.

“I have heard many people say it will never happen again, from government ministers downwards, and I’m sorry, it can happen,” she added.

Noting her unhappiness that RIBA hadn’t been asked to attend Hackitt’s working groups on building regulations, Duncan said architects were at the frontline of the regulations “and [Hackitt] needed to hear our voices”.

Highlighting the potential loss of public trust in the sector following the Grenfell fire, Duncan said the industry needed to “bail out of the race towards ever-cheaper construction”. What some called “value-engineering” Duncan said was “in many cases neither good value nor good engineering. As we all know, it’s just cost cutting”.

She added: “Unfortunately that has meant a legacy of recently constructed, value-engineered buildings inexpertly erected and monitored, and with inadequate maintenance funds to keep people safe.”

Duncan said RIBA had developed a series of policy positions and recommendations in recent months, including putting together a detailed submission to the Hackitt review. “We’ve identified a need for an overhaul of procurement, of regulations, of the roles and responsibilities in particularly complex residential buildings, and for a much larger role for independent scrutiny of design and construction.

RIBA also wanted a complete prohibition of any combustible materials in the external wall construction of high-rise buildings. “If the burghers of London could do it in 1666, I can’t understand why we can’t today,” Duncan said.

Duncan said there was a need for a greater role for sprinklers “as an active safety measure in all residential buildings”, along with a complete line of accountability throughout a building project.

A building was “everyone’s responsibility – client, principal designer, principal contractor – and you have to have this follow-through. We’ve already got that system working for one part of health and safety. Why don’t we extend it? Perhaps that would help,” she said.