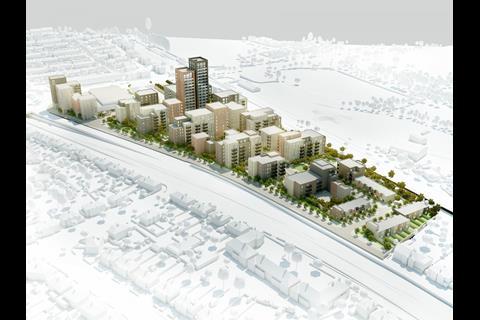 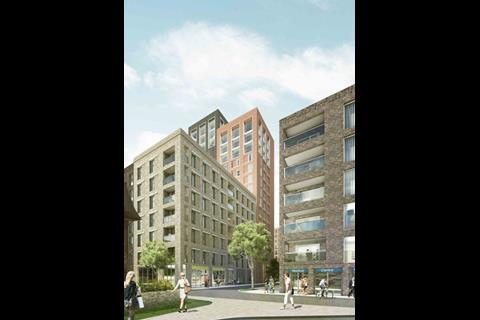 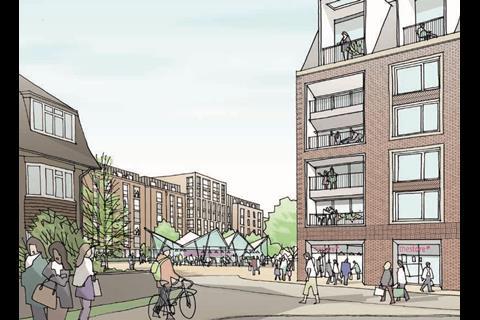 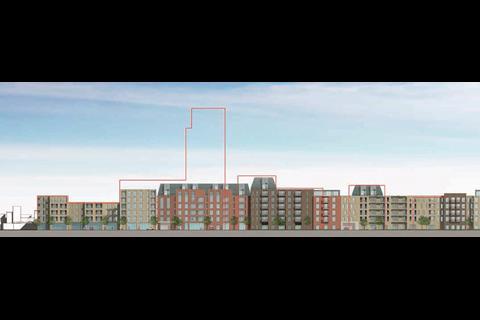 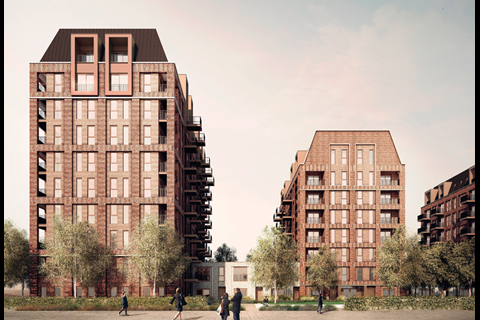 The government has rejected an appeal by Tesco’s development wing Spenhill for hundreds of flats in south-west London – even though two architects’ visions for the site were praised by the council and a planning inspector.

The client hired two architects, first ColladoCollins and later JTP, to show what a high-density scheme could look like on the land once occupied by a government office in south-west London.

The 4.4ha King George’s Gate site beside the A3 at Tolworth is the largest brownfield site in Kingston and has since been bought by Meyer Homes which has submitted an even larger application. This is yet to be determined.

In 2015 ColladoCollins proposed a mixed-use scheme including 705 homes and a tower of 18 storeys. It was praised by Kingston council planning officers and the Design South East advisory panel and recommended for approval.

But the planning committee threw it out on the grounds that the scale and density was out of keeping and that it would put too much strain on local parking.

Objectors had argued that the design was ugly and overbearing and a “crude parody” of Edwardian mansion blocks.

The developer then hired JTP to draw up a lower-rise scheme with the same number of flats but only reaching 10 storeys. This was also recommended for approval but was again rejected by the committee on the same grounds – “in the face of all the technical information that had been provided,” as the inspector put it.

The council decided not to defend itself – something the developer discovered from a tweet – admitting that the outline scheme complied with its local plans. Council leader Kevin Davis has conceded his colleagues’ grounds for refusal were “not strong”.

The case went to public inquiry in April this year. The inspector praised both ColladoCollins and JTP and said: “Both of the illustrative schemes provide logical and appropriate means of providing for principally what would be a housing redevelopment scheme, albeit with differing scales of development. The basic form of development… has found favour with the Greater London Authority, a South East Design Panel and with council officers in making favourable recommendations on the application.”

He backed the density of development, parking provision and the proposed 13% affordable housing quantum.

But he ultimately rejected the appeal on the grounds that there were “deficiencies” in the terms of the s106 undertaking which could create a “risk various obligations would not be delivered”, particularly in relation to affordable housing provision and improvements to a major roundabout.

Now communities secretary Sajid Javid has backed the inspector’s decision that without this being dealt with the development would be “unacceptable”.

In the middle of this saga Spenhill sold the site in a £250 million deal to offload a dozen mothballed Tesco sites to Meyer Bergman. Meyer Homes retained JTP to submit a new application for a denser but mid-rise scheme containing 950 flats – which is yet to be determined.

The site is close to Richard Seifert’s 22-storey 1964 Tolworth Tower.

Kingston council denies the developer found out the council’s decision not to defend itself from a tweet.