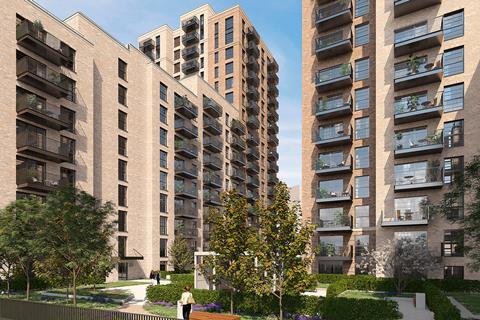 The second phase of the neighbourhood in north west London, named Wembley South West Lands, is immediately south and west of Wembley Stadium and directly adjacent to Wembley Stadium Station.

The proposals include 553 new homes, 114 of which will be affordable and built by Quintain. They are designed for the Build to Rent sector, with communal residents’ facilities including a gym, library, bookable meeting rooms, workspaces, lounge and 24/7 concierge.

Construction work is underway with the first homes within South West Lands to be completed in 2019.

Quintain’s wider Wembley Park masterplan is currently the largest Build to Rent project in the UK with over 5,000 homes. In August, the developer said it would plough a further £2bn over the next five years into its 85-acre scheme by Wembley Stadium.