We’ve all heard of the great pyramids of Giza. Yet Egypt is home to many more pyramids. Get your visa sorted out to see these hidden gems up close

Architecture and archaeology have always gone hand in hand, for it is through archaeology that we have found some of the greatest marvels of ancient architecture. None exemplify this more than the pyramids of Egypt. Indeed, the sheer size and complexity of the structures gave rise to conspiracy theories of otherworldly forces helping build them, as people simply could not accept that the ancient Egyptians could construct such grand buildings.

We’ve all heard about (and maybe seen) the most popular Egyptian pyramids, such as the Great Pyramid of Giza or the Pyramid of Khafre. Yet Egypt is home to many more pyramids, and in this article we’ll go over five of the lesser-known, yet still massively important, ones.

1: The Pyramid of Unas 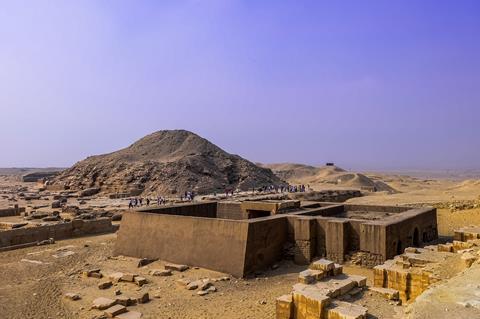 The Pyramid of Unas, built to house the pharaoh of the same name, was once 43 metres tall. Today, however, it is mostly a ruined hill.

The Pyramid of Unas is however of crucial importance to the history of pyramid-building of Egypt, as it was the first pyramid to have the so-called “Pyramid Texts” carved into the walls of the structure.

These were magical spells meant to protect Unas in the afterlife. After he started the trend, other pharaohs would the same with their pyramids.

2: The Pyramid of Meidum 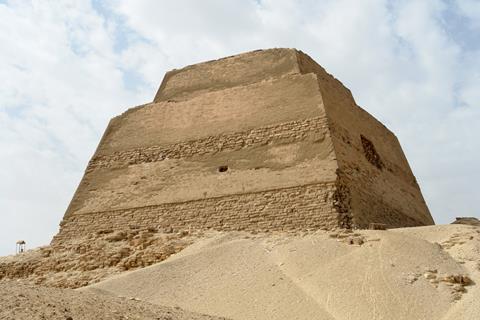 Around 100 miles to the south of Egypt’s capital Cairo, you’ll find this beautiful pyramid.

The Pyramid of Meidum is a so-called “step pyramid”, with various layers or steps.

nlike the Pyramid of Unas, Meidum is still in relatively good shape.

You can clearly make out three of the steps that make up the pyramid (though they used to be eight steps), and inside you can see the unfinished burial chamber.

3: The Pyramid of Hawara 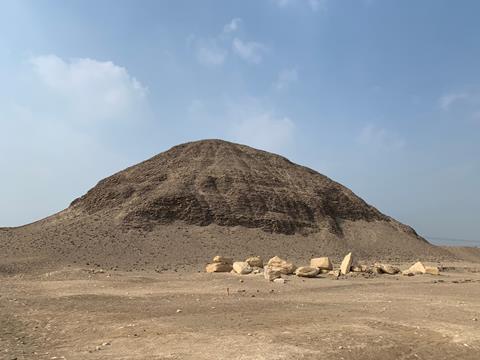 This pyramid is also known as the Black Pyramid, a result of it being built from brick stones and covered in limestone.

As a result, it looks much darker than most other Egyptian pyramids. Today, the pyramid resembles little more than a giant eroded rock.

The pyramid garnered fame during its excavation for the elaborate traps built into the structure to deter robbers, which included numerous fake passageways. 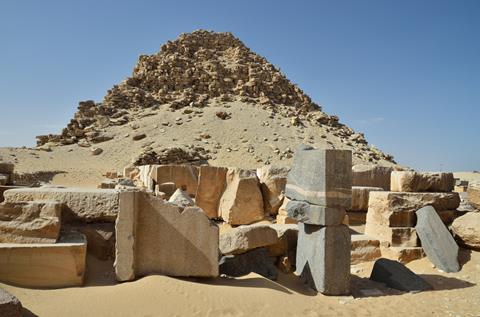 Today, the Pyramid of Sahure mostly resembles a rubble pile, but at one point it was a vast complex which included a mortuary and even a lengthy roofed causeway which ran for over two hundred metres.

The Sahure pyramid complex was of such architectural brilliance that it actually set the standard for funerary practices in ancient Egypt for several centuries afterwards.

Today, you can still make out some parts of the causeway, and see the fine carvings in the walls of the various parts of the temple. 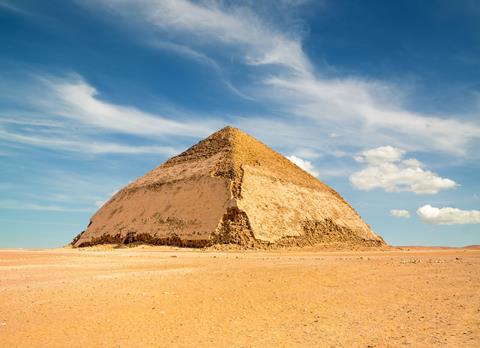 Most people know that Giza (or more specifically the Giza Plateau) is the most important site to witness ancient Egyptian architecture up close.

Yet Dashur might be considered just as important, because it was at Dashur that the ancient Egyptians learned through trial and error how to build the great architectural wonders we now see in places like Giza.

The Bent Pyramid is a clear symbol of this. It is called the “Bent” pyramid because the angle of the building is slightly off, a result of early Egyptians trying to build a smooth sided pyramid for the first time.

Get a visa! Of course, pictures alone can’t really convey the wonder of seeing these marvellous buildings up close. That can only be achieved by heading to Egypt yourself. Luckily, getting to Egypt isn’t really that hard for British citizens. Not just because flight tickets and local accommodations are relatively cheap, but also because the Egypt visa can be applied for online. There is no need to visit the Egyptian embassy.

To apply for the visa, you fill out the online application form, make the payment and wait for it to be approved. You’ll receive it in your e-mail, usually within a week. There are a number of requirements attached to usage of the online visa, however. For example, if you’re staying with friends or family in Egypt, you need to be able to present an invitation letter. Egyptian customs may also ask you for an itinerary, which contains a brief outline of all booked flights and accommodation. All in all, Egypt understands the value of tourism to its economy, and the privilege of being home to some of the greatest architectural wonders in the world.