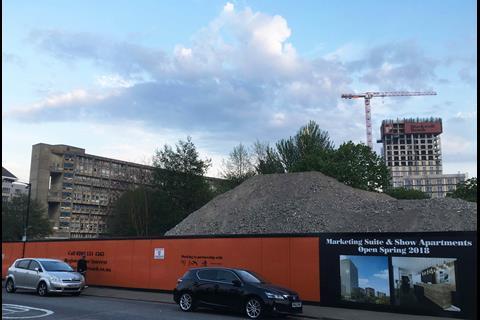 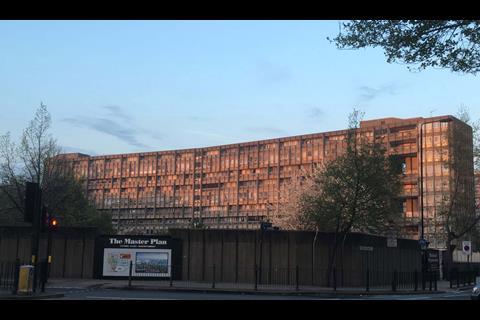 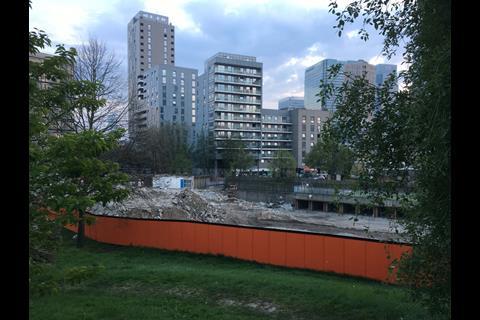 The cleared site of Robin Hood Gardens' west block, viewed from the grassy central hill - which was itself built from the rubble of the houses cleared to make way for the Smithsons' scheme 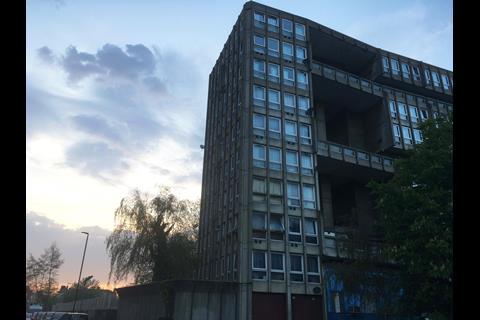 A view of the sky where Robin Hood Gardens' west block stood until recently. The 'exterior' facade of the east block is visible in the foreground 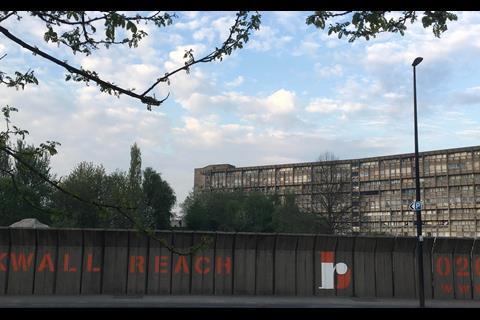 Demolition of the westerly block of Robin Hood Gardens has been completed.

All that remains of this part of the Smithsons’ seminal housing scheme in Poplar is a pile of rubble.

Its footprint has been largely cleared and views of the “internal” elevation of the remaining eastern block have been opened up.

It is not clear when demolition of this block will begin. It appears to be fully inhabited, with residents remaining in their flats.

A chunk of the west block was salvaged by the V&A and will be exhibited at the Venice Biennale which opens at the end of this month.

The piece is 8.8m high, 5.5m wide, 8m deep and includes interiors as well as the front and back facades and a section of “street in the sky”.

Last month work was stopped on the demolition after video footage emerged of a chunk of concrete flying across a safety barrier towards a worker.

The site, by the Blackwall Tunnel in east London, is part of the Blackwall Reach regeneration programme where architects include Aedas, Haworth Tomkpins, Karakusevic Carson and Metropolitan Workshop.

The project is backed by the GLA, Swan Housing and the Tower Hamlets council.