ECD gets go-ahead for Westminster homes 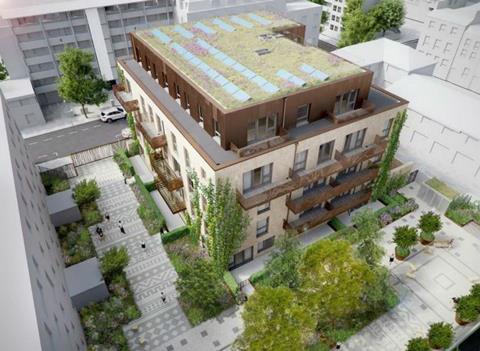 ECD Architects has won planning permission for a five-storey residential block in Westminster that will deliver 26 new homes as part of the city’s wider Church Street regeneration programme.

The block is earmarked for the site of a three-storey BT repeater station on Ashbridge Street, a stone’s throw from Marylebone Station, and was approved at a meeting of Westminster’s Major Applications Committee last month.

The Ashbridge Street proposals involve the demolition of the repeater station, but would retain the BT service area and sub-surface access shaft.

The new homes were approved at the same session that Westminster councillors gave the green light to a 49-home mansion block designed by Bell Phillips in nearby Cosway Street, and the properties in the ECD block represent the bulk of the affordable-housing obligation from that scheme. 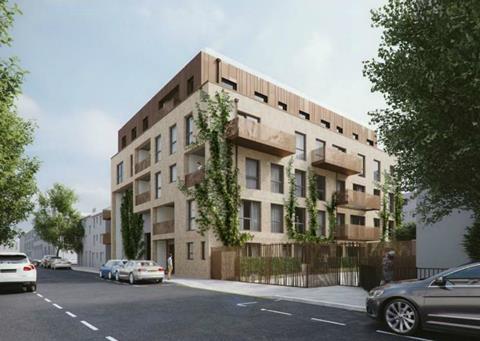 ECD project lead Lizzy Westmacott said that many of the new Ashbridge Street homes would face on to a new green courtyard that would feature climbing plants trained up wires on the building that would enhance its appearance and help to improve air quality.

“It’s exciting to be able to replace this existing site with new homes and landscaping,” she said.

“The retained part of the BT repeater station will become part of a well-balanced elevation, and be covered in planters, hinting at the landscaped courtyard beyond. 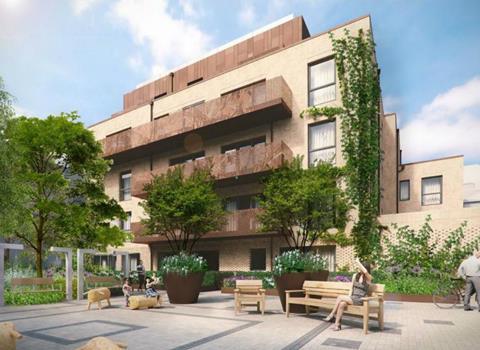 “Every opportunity has been taken to include planting into the design. This means that passers-by will experience greenery as they walk along Ashbridge Street, and existing and new residents will be able to be surrounded by new trees, shrubs and climbing plants – a stark contrast to the current concrete.”

The Ashbridge Street development will also feature a green roof, with photovoltaic panels. Construction on the project is due to start in early 2019.

Westminster’s Church Street regeneration programme will see the creation of approximately 1,750 new homes over the next 15 to 20 years. 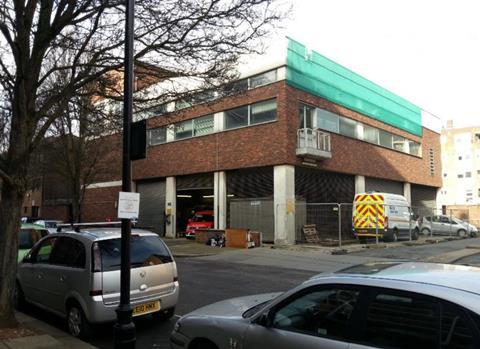 The BT repeater station on Ashbridge Street, Westminster, which is due to be replaced by new affordable homes