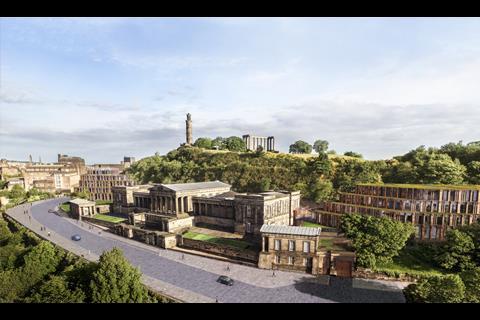 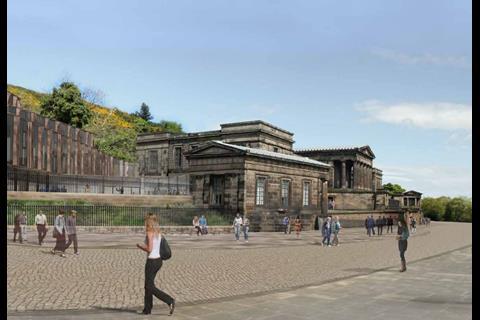 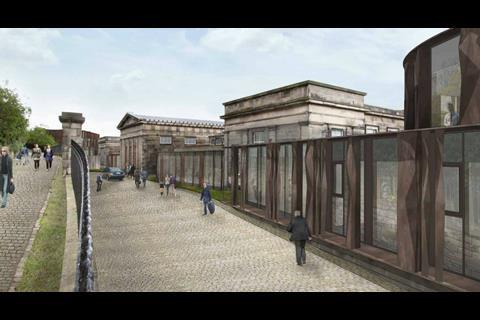 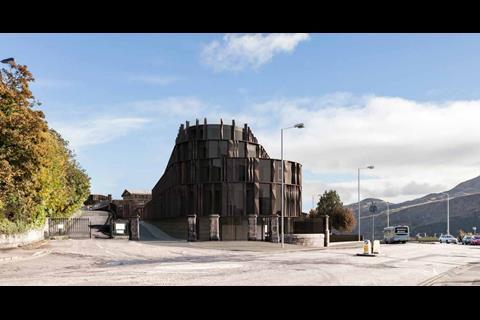 The proposed west wing of Hoskins' Royal High School plans, reduced in scale from the 2015 version 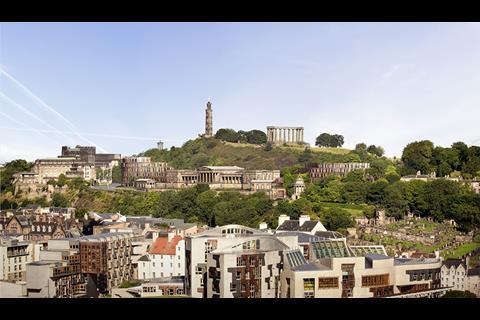 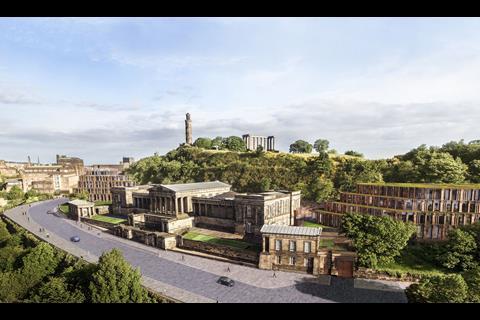 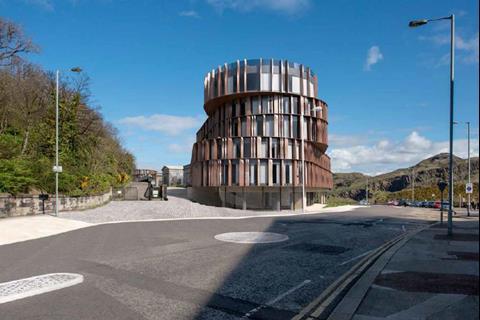 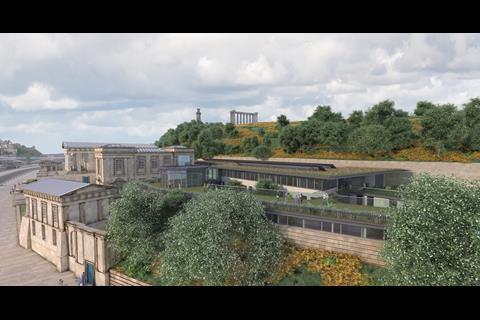 The developer behind just-rejected proposals to convert Edinburgh’s landmark former Royal High School into a 127-bed luxury hotel has told the Scottish Government that it intends to appeal the decision.

Edinburgh council last month unanimously threw out Hoskins Architects’ plans that would have added two new wings to the category “A”-listed 1829 structure, created by Thomas Hamilton. The proposals would also have required the demolition of a handful of existing buildings on the Calton Hill site.

Planning officers said the proposals did not comply with local and national planning guidance, and would have “a significant adverse impact on the architectural integrity, composition and special character of one of the UK’s finest listed buildings” and were therefore “unacceptable”.

The rejection follows Hoskins Architects’ reworking of earlier proposals for the hotel development, which were themselves rejected in 2015. An appeal against that decision has been commenced, but is currently on hold.

David Orr, of Urbanist Hotels - which is part of a development partnership with the council to turn the long-disused building into a hotel - said the planning committee’s latest decision would not stop it from seeking to redevelop the structure and that the firm was “100% committed” to delivering a scheme in line with the deal.

“We fully recognise the importance of Hamilton’s Old Royal High School building on a national level and our revised proposals guarantee the future of Hamilton’s masterpiece, both architecturally and financially,” he said.

“As such, we have advised the Planning and Environmental Appeals Division of the Scottish Government that it is our intention to appeal the council’s committee decision.”

He said the firm had spent around £3m working up the proposals and had included insight from a wide range of stakeholders and heritage experts, and that the hotel proposals would deliver a £75m Rosewood Hotel that would directly create 250 jobs. 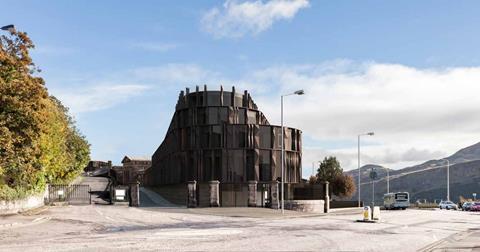 The proposed west wing of Hoskins’ Royal High School plans, reduced in scale from the 2015 version

Urbanist is part of a joint venture with Duddingston House Properties that in 2010 was selected by Edinburgh council to “deliver a sustainable development and business solution” for the former Royal High School.

Duddingston’s proposal centred on providing a “luxury hotel of international standing” that would also provide culture, arts and performance programmes and improve the local amenities of Calton Hill and the surrounding area, it said.

In 2016, rival plans to convert the former Royal High School into a new base for St Mary’s Music School were approved by the city council.

The proposals, drawn up by Richard Murphy Architects, would have turned the school’s main hall into performance space and created a new basement beneath the structure to serve as a foyer.

That scheme also involved the demolition of ancillary buildings and the development of new homes to the east of the school, as well as new teaching and practice space.

The Royal High School Preservation Trust, which backs the Murphy proposals, urged Urbanist and Duddingston House to abandon the hotel proposals in the light of the planning committee’s decision.

Trust chair William Gray Muir said: “Let’s hope the development consortium shows some sense of dignity and bows out quickly, letting the city pursue a much brighter future for this wonderful building.”