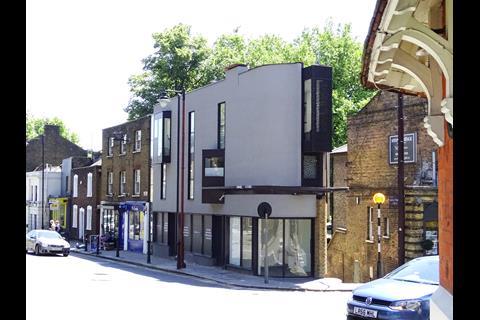 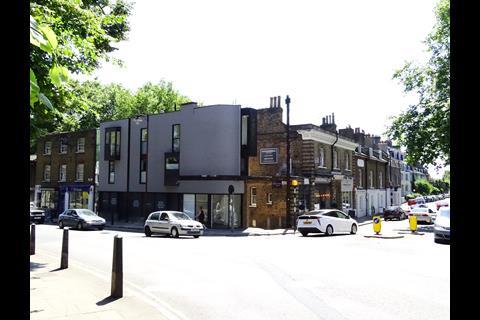 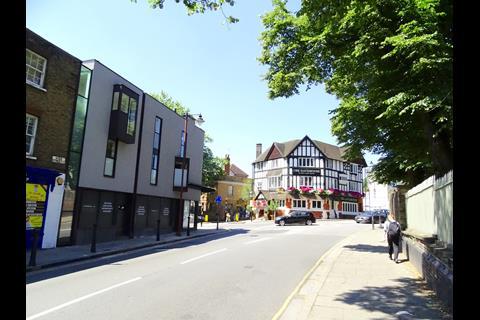 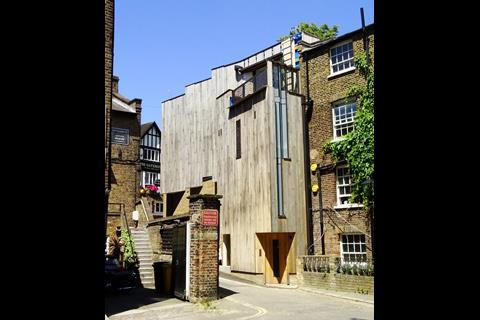 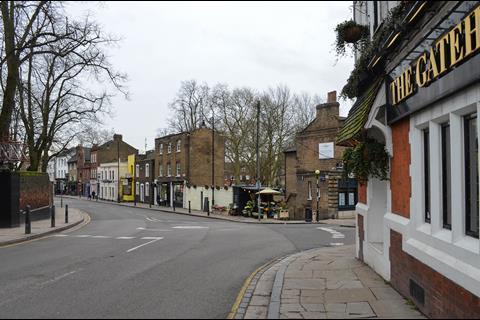 There is a strong sense of déjà vu about this nomination, a four storey building comprising retail at ground level with a maisonette above. Despite strong local opposition and a planning refusal it was waved through on appeal by Terry Phillimore, the same planning inspector who gave his blessing to the 2013 Carbuncle Cup winning 465 Caledonian Road. This was a student housing block with windows that didn’t line up with the retained façade in front of it.

Nominated by the Highgate Society, its vice president Michael Hammerson said the local community was ‘incandescent, angry and in despair’ at this ‘fatal abomination inflicted on our formerly fine conservation area.’

Objections centre on the negative impact on the village rather than the specifics of the building’s design although one objector described it as a ‘giant toilet block’. Negatives include the loss of a single storey structure believed to be originally a milking parlour or cattle byre, the overbearing presence of the new scheme on the formerly standalone neighbouring building and views up and down the High St.

This is no Nimby protest, English Heritage described the scheme as having a detrimental impact on the conservation area and called for a less ambitious scheme. Unusually neighbouring Haringey Council objected too, saying it damaged views of the village from within its boundaries. Camden Council refused it planning but it won on appeal with Phillmore saying it was a high quality development that appropriately acknowledges the surroundings.

Camden Council and English Heritage considered seeking a judicial review of the decision but were advised this had little chance of success.