Classicism is in our DNA. Just look at any terraced street

Classicism has been accused of responsibility for the Holocaust and the Grenfell fire but a new generation of architects can see past the baggage, says George Saumarez Smith 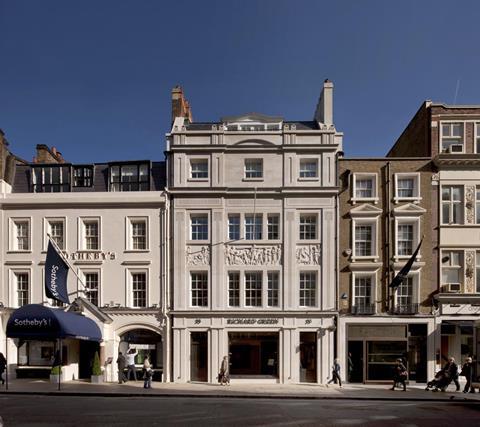 Classicism runs deep in the veins of London. A long walk across the heart of the city would encounter classical buildings on every turn, from Somerset House and Greenwich Hospital to the Banqueting House and Covent Garden market. All around us are classical buildings by great architects from across the ages: Hawksmoor, Gibbs, Chambers, Soane, Nash.

But classicism lies too in more modest buildings, down to the simple houses arranged in streets and squares that make up so much of London’s urban fabric. These are not usually the works of great architects but of anonymous builders. In this British classicism seems always to have excelled, so that very plain houses could be given elegance simply by their repetition in terraces.

London has, of course, changed much in the last 40 years. Some parts have changed beyond all recognition, particularly those where clusters of tall buildings have appeared. All of this has altered London’s character immeasurably.

During this same time, serious new classical buildings have been few in number and modest in size. There were of course the jokey post-modern buildings of the 1980s accessorised with over-scaled classical details, which came to represent the vulgar excesses of Thatcherite Britain. But this style came to an abrupt end with the early 90s recession and while London boomed in the early 2000s, it seemed that classicists had become stuck with only producing literal historical reproductions. What a difference this was from the invention of the 1920s and 30s that brought us Lutyens’ Cenotaph and Charles Holden’s underground stations.

Earlier this year I took part in a debate about the relevance of classicism in the modern world. To me this seems beyond argument; classical architecture is all around us and part of who we are. But it seems not everyone shares this view.

The debate was held in the crypt of a church in Clerkenwell. The audience were mostly young architects: this would surely make a refreshing change from the punch-ups between classicists and modernists that became such a tedious part of architectural debate in the 1980s.

Classicism, I argued, is an essential part of our cultural identity that has inspired artists and architects throughout the centuries. It ought to be properly studied and understood, but for too long it has been regarded as locked in history and held in contempt by so-called “serious architects”.

We live in an age of ever greater freedom of choice, acceptance and diversity, I said. It is time to re-evaluate the relevance of classicism for a new generation, and to bring it back in from the cold.

On the other side of the debate was a Cambridge historian who was doing his PhD on inter-war British architecture. He quickly launched into attack mode and soon the insults were flying.

Architectural style, said this academic, was of little relevance when there were so many inequalities in modern society. What we should really be debating was political ideology, and modern classicism, he said, was indelibly linked with ultra-conservatism. Designing classical buildings, therefore, put me alongside the pro-hunting lobby and religious groups opposed to homosexuality.

It also apparently made me responsible for a wide range of historical atrocities, from the slave trade to the Holocaust. The fact that I have designed a house in New Delhi linked me with extremes of injustice in Indian society, as well as for the worst aspects of British rule in various parts of the Empire over a hundred years ago. More recently, I could also be blamed for government failures over the Grenfell Tower tragedy and the lack of opportunities for black communities in deprived parts of London.

As these accusations were piled higher and higher, the atmosphere in the room became more and more boisterous. Each new insult was accompanied by yells of excitement from the audience, like an angry mob baying for blood. His parting shot was particularly stinging. “Why don’t all you classicists go and live in Poundbury so we don’t have to look at you!” The crowd roared their approval.

As I walked home on that cold night I wondered how this line of attack would have sounded if it had been directed at someone else. If, for instance, classicists had been replaced with a religious or ethnic minority, being told to live somewhere out of sight. And how would that same audience have reacted?

Classicism is at the core of London’s identity, but it seems that prejudice against classical principles will continue to erode the character of the city. It would be good, however, to end on a positive note and there are signs among an emerging generation that the wheel is turning. For them, classicism no longer carries political baggage but instead seems to offer a model of a more humane, attractive and natural architecture.

Over the centuries classicism has been connected with everything from oppressive dictatorships to liberal democracy, why should it not now become a vehicle for a new more environmentally and socially conscious generation? The future is still up for grabs: why should it not be classical?

George Saumarez Smith is an architect at Adam Architecture. This is an edited version of one of a series of essays commissioned for this year’s London Festival of Architecture.